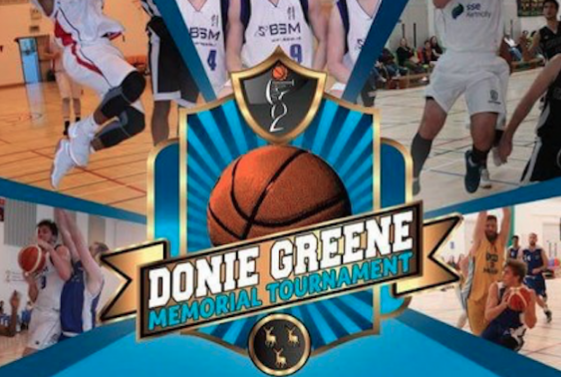 The third annual Donie Greene Memorial Tournament hosted by Maree BC will tip off this weekend, September 14th and 15th.

The tournament will feature hosts, Maree, as well as Moycullen, Killester, Éanna and Ballincollig.

The tournament is in memory of Donie Greene, who was a member of Maree BC since childhood winning many county titles through the years. He starred for Calasanctius College, Oranmore in their U19A Cup and League wins and featured on the Maree teams that won U18 and U20 National Cup titles. In 2014, Donie was on the team that won the National League Division One title.

Donie was 22 years old when he passed away tragically in February 2015. He had been due to line out for Maree in a local derby clash against Moycullen in a Division One game.

For the past few years, Maree BC along with friends and family, have hosted a

tournament in Donie’s memory. The Greene family, - parents Seán & Betty, brothers Ciarán & Daire,- have donated a specially commissioned trophy which will be presented to the winners on Sunday.

You can view the fixtures below