PREVIEW: We look ahead to this weekend's D1 semi finals

home / news / PREVIEW: We look ahead to this weekend's D1 semi finals

PREVIEW: We look ahead to this weekend's D1 semi finals 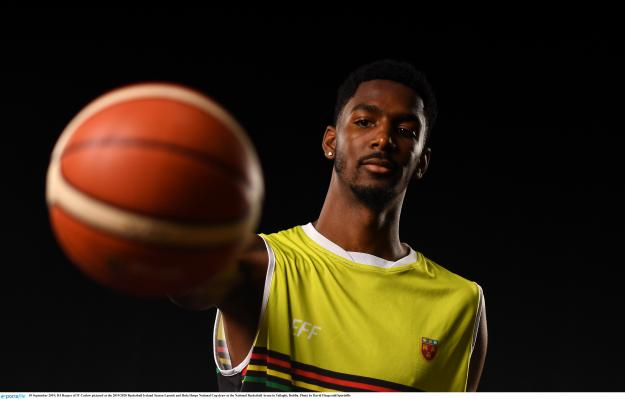 This weekend teams from Belfast, Dublin, Kerry and Portlaoise will battle for the Hula Hoops Women’s Division One National Cup.

The competition’s last two winners Maree and Fr Mathews have subsequently gone on to be competitive at Super League and the clubs involved this weekend will be hoping to be on a similar path.

In the first semi final, Team Tom McCarthy’s St Mary’s will go head to head with Portlaoise Panthers. Both teams have had excellent seasons to date with St Mary’s leading the Southern Conference with an impressive 8-1 record. They currently hold a one game lead over Portlaoise at the top of the conference. St Mary's overcame Portlaoise back in September in Laois, winning out 54-61, but Panthers were on hand to return the favour in November and are the one team so far this season that have managed to beat St Mary’s (45-50) - they did so in Castleisland too which makes the achievement even more impressive. The game between the teams in November was a cagey defensive battle which the Panthers won by just five points and this Saturday should be equally close as the sides go into it even, with one win and one loss each. Key players to watch out for include Portlaoise’s underage stars Ciara Byrne, Sarah Fleming and Gillian Wheeler, while St Mary’s have an experienced core including Emma Sherwood, Denise Dunlea, Lorraine Scanlon and young star, Siofra O’Shea.

In the second semi final, the 2018 runners up Trinity Meteors will face the 2019 runners up Ulster University. Both teams have one loss to date in the league, with Ulster leading the Northern Conference having played and won two additional games. In the one matchup between the teams Lauren Grigsby had an incredible performance leading Meteors with 34 points to see them home to a 91-82 point victory. Lexi Posset for UU was equally impressive hitting seven of eight three-point attempts on her way to 29 points. There is lots of American and Irish talent on both teams and this should be a cracker. One to watch will be Edel Thornton who returns to her original home gym in Cork, as she plays club basketball in Cork for the first time since she left five years ago to head to college in the USA. Meteors also boast a lot of experience, with Sarah Kenny, Jade Daly, Eimear Máirtin and Niamh Kenny. Kollyns Scarbrough is one to watch for UU, and with talent including Aoife Callaghan, Erin Maguire and Alex Mulligan this game should go right to the wire.

WATCH: It’s a Super Sunday for @ulsterunibball and @meteorsbb in the #HulaHoopsCup. Ulster University Voss Patrick O’Neill looks ahead to the clash pic.twitter.com/QaIe2BikBh

In the men’s Presidents Cup semi finals, Tradehouse Central Ballincollig will be defending the Cup for the second straight year as they aim for an incredible three in a row. They face an LYIT Donegal team that are having their best season to date. Ballincollig’s Andre Nation has been one of the top players in the country over the past 18 months, but he will be tested by Dom Uhl for LYIT. Uhl is averaging an incredible 21 points and 20 rebounds a game and he has the size and athleticism to challenge Nation. Ballincollig do have superior depth and championship experience, but LYIT will be confident having pushed Ballincollig in their lone matchup earlier in the season. Players to watch include Ciaran O’Sullivan, Dylan Corkery and Inigio Zabola for Ballincollig, while Manny Payton, Andy McGeever and Charlie McKinney could help LYIT over the line.

In the second semi final, Fr Mathews will have the Cork advantage as they face IT Carlow Basketball on Saturday evening. Mathews are currently sitting second in the Men’s Division One while Carlow are just two games behind them in fifth place. Mathews will be hoping to bounce back strong from a loss last weekend to LYIT, but they have a good balance of young talent available to them with Owen Connelly and Jack O’Mahony both dangerous threats. American Jarvis Pugh will be required to score but he’s more than up to that job as he comes into the game on the back of a 28-point performance against LYIT last weekend. Carlow have a depth of experience on side as they come into their second Cup semi final in as many years. They will look to the likes of James Butler, Armands Vaikuls and Kevin Donoghue to be ready to support American DJ Harper, and they’ve recently welcomed point guard Aaron Whelan back from injury which has helped bolster the squad even further. This is a difficult one to call and could come down to a shootout between two talented Americans.

You can follow all of the action live through the Gamezone here: https://www.basketballireland.ie/news-detail/10059052/gamezone-hula-hoops-national-cup-semi-finals-division-one/