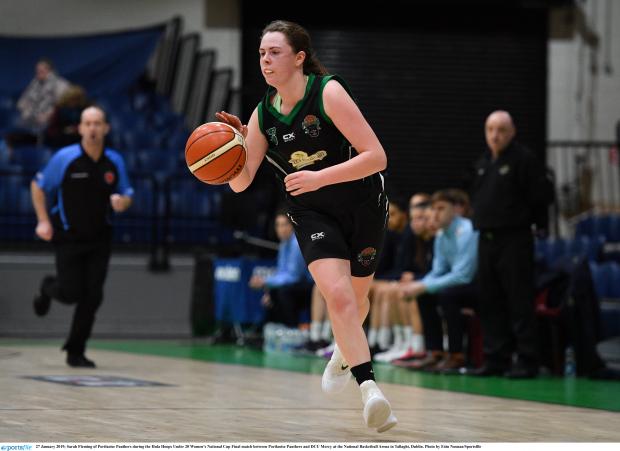 Clubs around the country have been enjoying big success down through the years with a number of senior and underage teams from the one club often getting to the Hula Hoops National Cup semi final stages.

For Portlaoise Panthers though, this year is extra special as it’s the second year in a row that they will have four teams at the semi-finals. This year, they will contest the U18, U20 and senior women’s semi finals and the U20 men’s.

Speaking about their success to date, women’s head coach, Peter O’Sullivan said: “We’re feeling excited again. We had four teams last year as well, so it’s great that we are in the position now that we’ve been there and done that at these age groups. From the club’s perspective, we’re proud of the teams’ achievements this year again. We’ve been building from the bottom up and we’re starting to see it coming to fruition at this stage.

“The link between the club and the schools has been key for us in building this base. Back in 2007, we amalgamated into one club, we got in a women’s underage side which never had a team, and it was thanks to Pat Critchley in the school who has been instrumental in the schools basketball and the transition into the club and that has been a major platform to getting us to where we are now. The coaching at underage is key and a good structure is needed. It’s hard to keep players in the club, because we’re a club in the midlands with no college in the area really other than Carlow, so a lot of players are going off to Dublin, Cork and Galway so there are always changes on our team every year as players come in and out.

“Looking to this weekend now, there are a lot of tough prospects in store. There are no easy games at the semi finals and while it’s a cliché – it really does come down to what happens on the day itself. We’re expecting five or six of our players to have to play three games over three days and it’s going to be a tough task for them. As a coach, you’re hoping that the other players on the panels will step up as well and put in big performances. It’s not something they haven’t done before though as a lot of them have been to European Championships where they’re playing day after day so it’s nothing too new to most of them. The lads have a very good squad too, they got to the semi finals at under 18 last year and it’s mostly the same team again this year, so while they are a young team, they’re very well prepared for this weekend, as a lot of them are playing National League so are playing at that standard week in week out.

“It would be unreal to get all the teams to the final if we could!” he continued. “A lot of the games this weekend could go either way, but honestly, we are not looking that far ahead, we’re focused only on this weekend and genuinely are not looking to finals. We hope we get big support over the weekend, the community is brilliant for supporting us and have always travelled well to the semi-finals so hopefully, they’ll do the same this year. It’s great when you get an atmosphere that’s almost like a home atmosphere and Portlaoise Panthers is such a club atmosphere and a family club that everyone supports each other. As a club, we’re really looking forward to the weekend and as a coach being involved with three of the four teams and being the head coach for the senior team, we’re fired up for it and we just can’t wait to get going.”

You can check out their fixtures below.