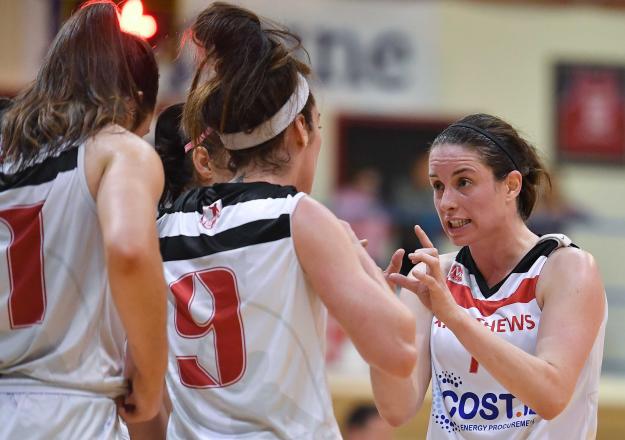 This week’s feature is on Niamh Dwyer who is the joint head coach of Women’s Super League team, Fr Mathews. Check out our Q&A with Niamh below.

I started at underage with Thurles of course, then at club level I played with Teo Vilinus (Lithuania), SK Cesis (Latvia), Glanmire, Barking Abbey (UK) and Fr Mathews. Internationally, I’ve played 5x5 basketball at U16, U18, U20 and senior levels, and played at two 2 World University Games programmes. I’ve played two Europeans with 3x3, and one European Olympic Games. I played with McKendree College IL, USA for one year, and spent four years with NCAA Division I college, Monmouth University NJ, USA.

When I returned from playing in Europe, I joined Glanmire and I was asked to help out with coaching the under 18 team at time. I also began studying in UCC, and I did some coaching and refereeing on the side to help with expenses. 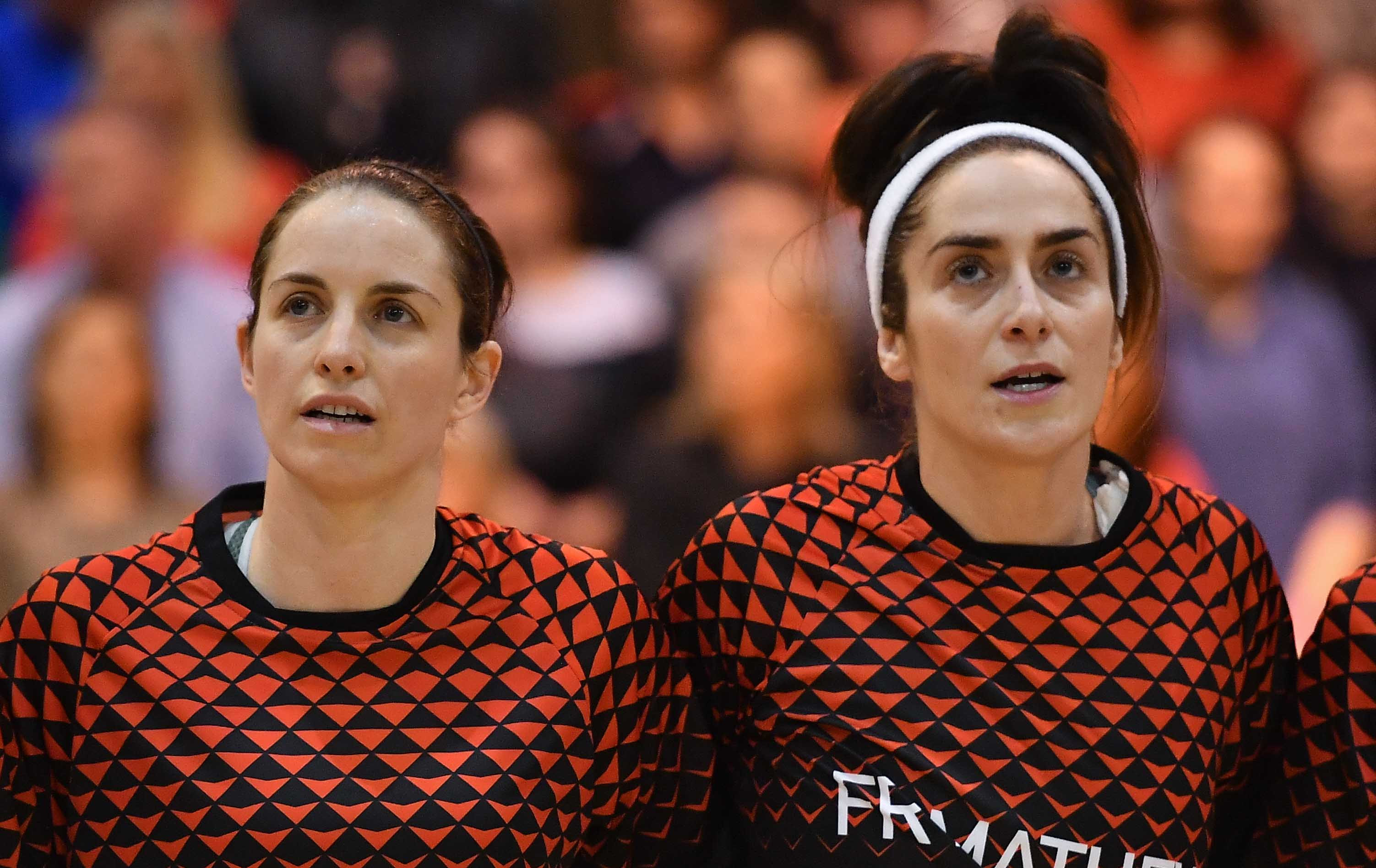 As you can see have been mostly involved with underage coaching so I suppose I always tend to look back to my own underage coaches in particular Martin Hehir, who was my coach for three years in Pres Thurles, and Ger Tarrent, who was my u18 and u20 international coach. The two of them have different approaches, but what I took from both of them was their knowledge, drive and passion for the sport and for the teams they were coaching. They really instilled a belief in all of their players and had the basketball know-how to help those squads to be successful. Later on, I had Sasa on the Senior women’s team which brought a different dimension to coaching. Sasa’s attention to the little details and how he broke down every movement in the sport was fascinating to me and brought my knowledge of basketball up again.

I think the significance of team sports has never been as important to society as it is nowadays with the influence of technology on teenagers’ free time and social life. Team sport pushes teenagers to connect with each other on a face to face level; it teaches them to be responsible to their team mates and of course, it gets them active. These are the things I keep in mind when coaching underage teams. 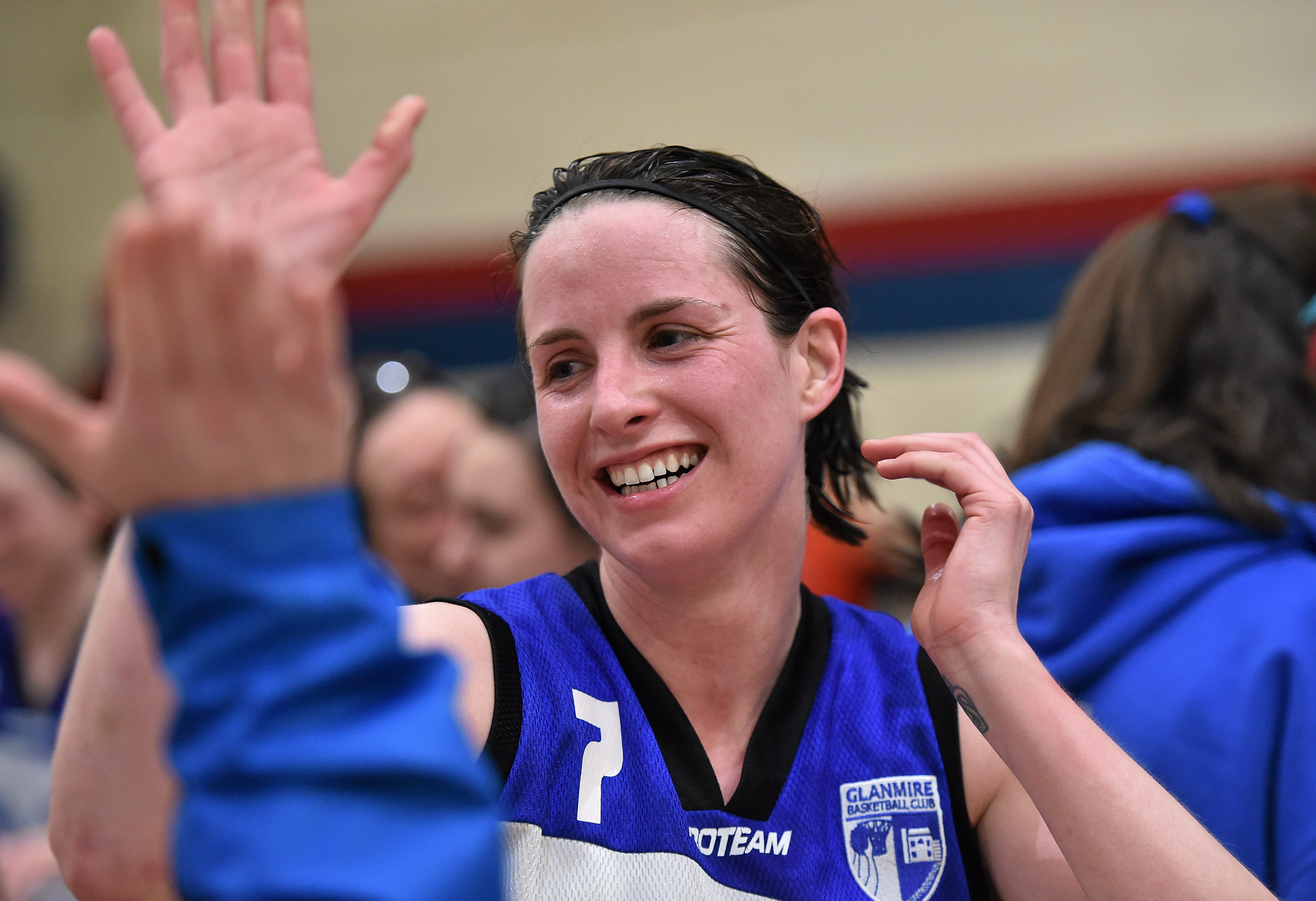 I think this is a very tricky age to keep girls engaged in sport. At this stage in sport, it moves from participation to a more competitive level. This is a hard balance for any coach to get right. I think to keep girls involved, the type of team you build will be key to how they bond off the court. I think team building or social events - not just basketball events – help to cement bonds on a team and keep more girls engaged with their team and the sport. This may sound simple, but the time coaches already give, the need for more people involved and cost can all make this very difficult.

For the younger groups I’m all about movement these days, linking back with what I said about technology and sedentary lifestyle in the last question.  I warm up a lot with games like stuck in the mud (with basketball skills included of course). That game also teaches skills like evasion, spacing, teamwork, give and go etc. They love it, they sprint around and it really gets their engagement up. 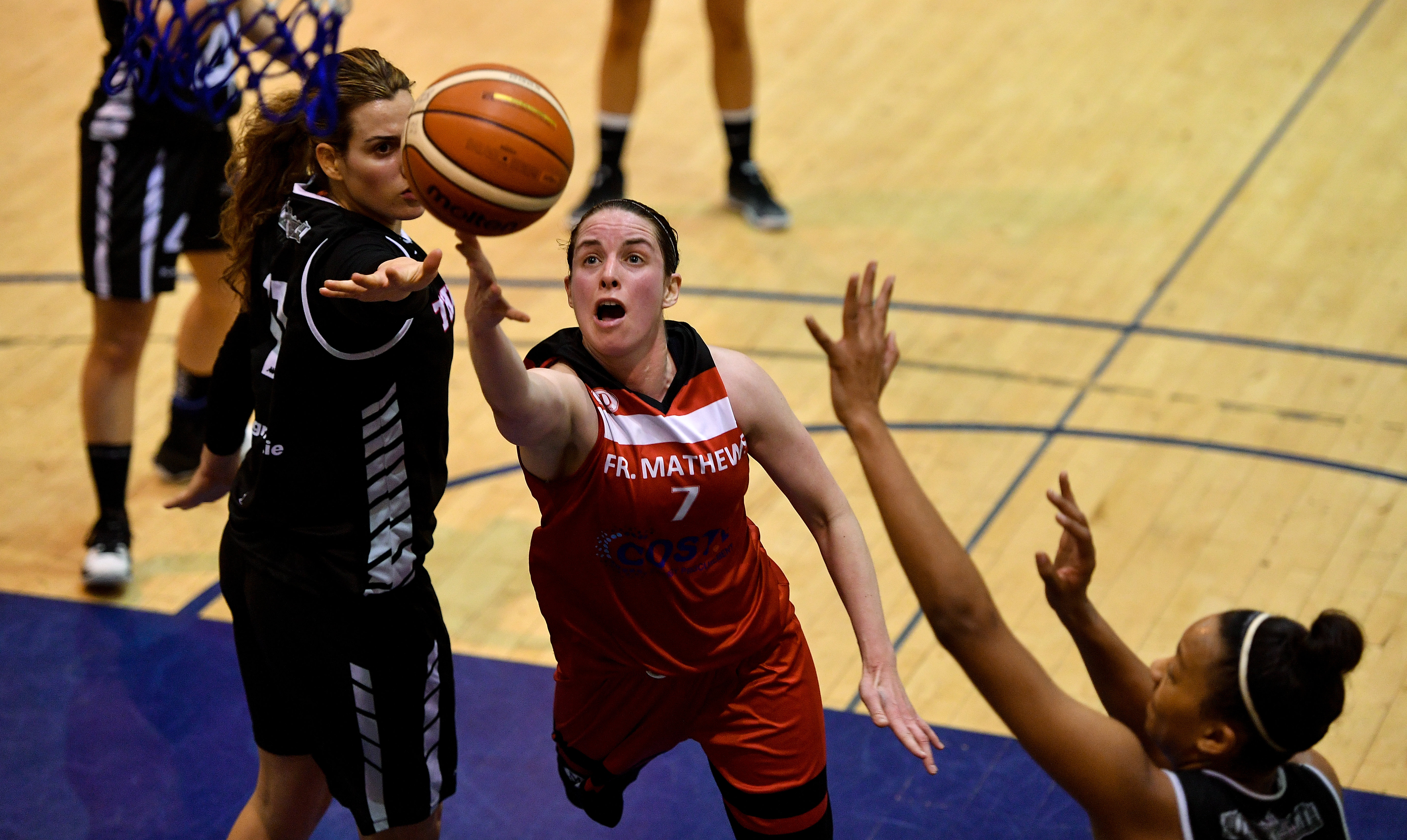 It’s tough starting out, there is so much information, drills etc. out there it can get overwhelming; but have two or three core values/skills you want your players to get to know and just keep going back to them.

When you first stepped up to coach at National League/International level, were you nervous about the step up and how did you deal with that if so?

Doing the 3x3 Under 18 national coach was one of the toughest coaching roles I have had to do. I found making cuts at different stages very hard as it was the first time having to do it and having been a player in that position, knowing the impact it could have. All I can say to any coach is to be honest and do your best for the team – it’s always going to be tough.

Just do it! It’s important that more women move forward in coaching roles; especially for younger girls to see role models. It is tougher for women in sport to be recognised, but it is getting better and more opportunities are opening up. 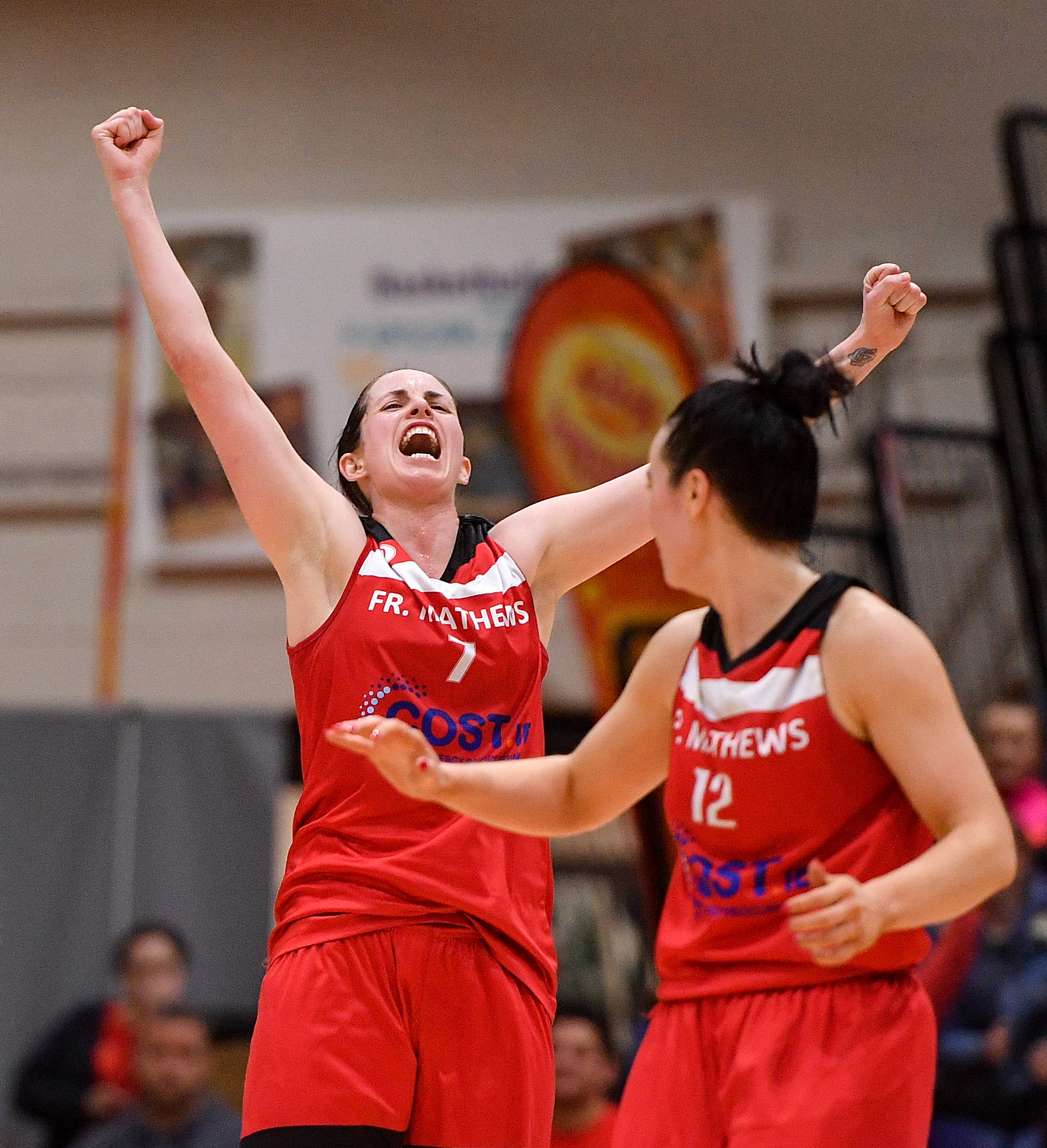 For each session I usually have two or three key areas I want to focus on, whether it’s a skill, play, tactic, etc. To measure success, I gauge player engagement, intensity and understanding of what we are trying to get from the session. Other ways include quantitative measures such as targets in shooting drills or timed drills etc.

Yes winning and skill development of course are ways of measuring success but our areas include knowledge, motivation, support and goal setting. Different teams will set different goals. If you can set realistic yet challenging goals and achieve them, that would be a very successful season and will install motivation and belief in a team.

It’s critical to keep learning the game and improving knowledge. The sport is always changing and developing. As a coach, you have to keep that in mind. Also, tactics that worked with some teams may not work with others so development is important to engage different teams at different stages. 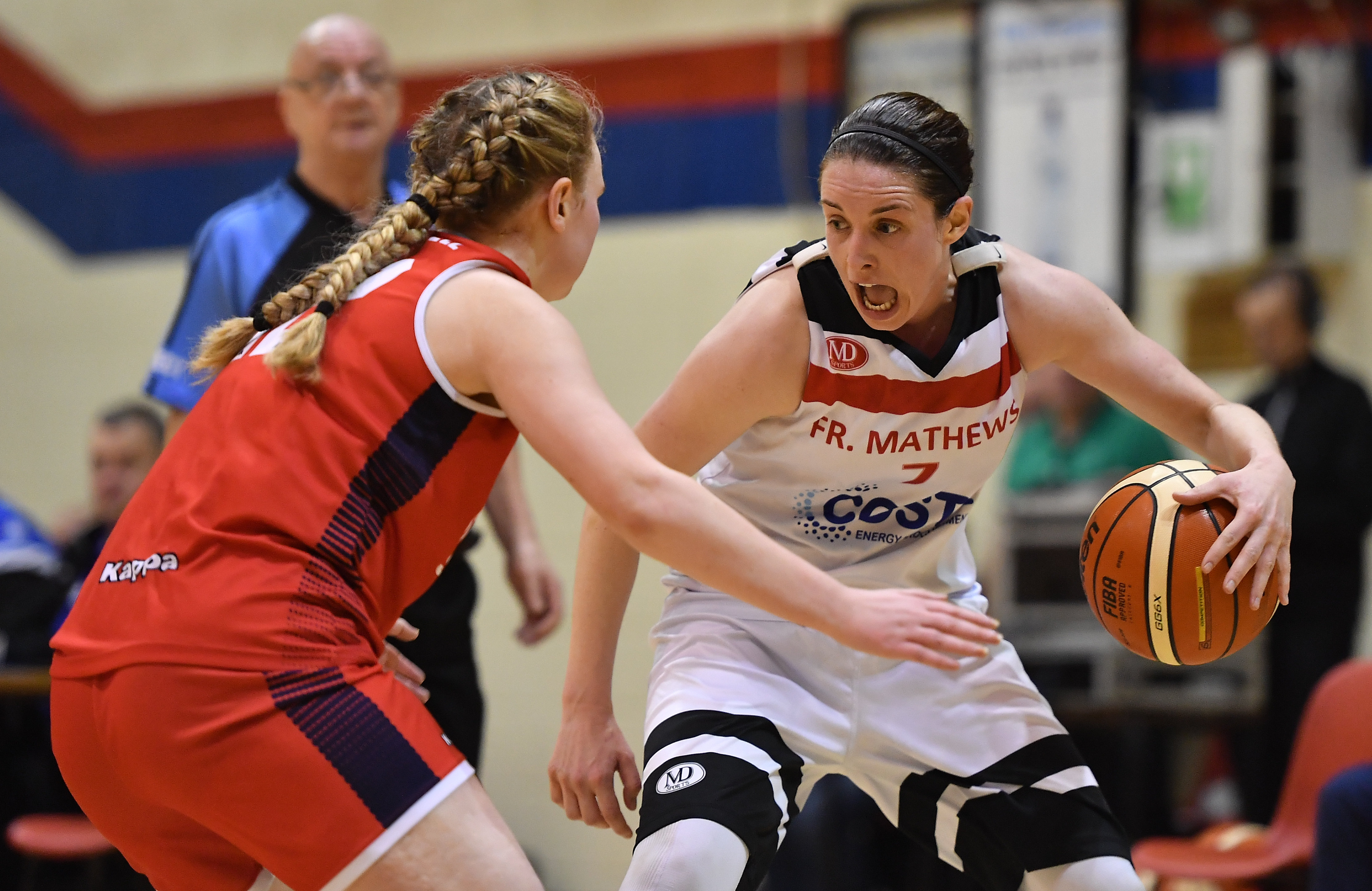 Yes definitely - a greater knowledge of other areas that impact sport other than just the skills of the sport for example S&C and nutrition. BI had Hannah Thornton doing a talk on nutrition recently as an example.

I think what I was saying in the question above, areas like S&C etc. are becoming so important in sport. I became especially aware of it more so since my ACL injury.  Integration of this into basketball specific sessions is definitely an area I feel as sports could learn from other sports such as rugby.

You work hard, you keep doing the right things and eventually you will get your opportunities

You work hard, you keep doing the right things and eventually you will get your opportunities.

No thank you, I think I have rambled on long enough!