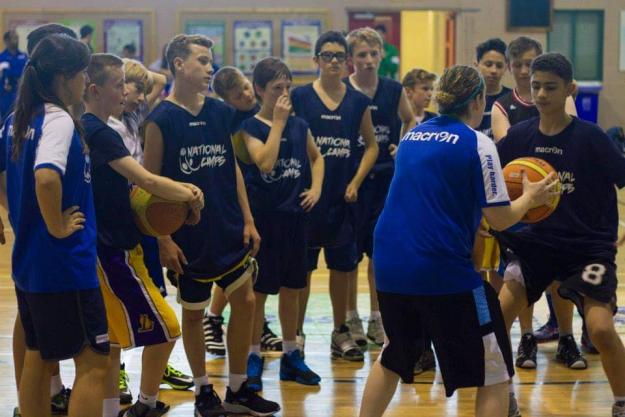 This week’s feature is on Laura Deeney of Letterkenny Blaze BC, who also coaches at the BI Academies.

Check out our Q&A with Laura below.

Assistant Coach with the Ulster Under 15 Boys Academy.

It is something I always knew I would get into. Even as a kid, I was always helping out with younger kids at youth clubs and camps. I was working in a school and started helping out with teams and quickly got more and more involved in coaching in the clubs, camps, academy teams and Irish teams. Coaching is one of those things once you get sucked in, it is hard to leave!

Trish Nolan of Waterford Wildcats was one of my role models as a coach. She is very knowledgeable about the sport, can break down her teaching into tiny details and is excellent at engaging and communicating with people.

For me, players enjoying the game is the most important. That will mean something different for each player. Some players are super competitive and enjoy that buzz basketball can bring, others might be happy to just be with their friends, for some its pushing themselves to be the best player they can be and some are playing to improve their skills to complement other sports. It’s simple, regardless of their ability, if they enjoy it, they will keep coming back year after year. It is very satisfying being part of a club where players started out as little six-year-olds and continue until they are finished school and off to college or playing for senior teams. Often, groups of players have mixed abilities within that age group, and it is part of the challenge for us to find new ways of keeping each of them engaged and developing their skills as individuals and as team players and find a way of making it enjoyable.

Teenage girls are a really important age group as they are at such a high risk of dropping out of sport. As coaches, we have a responsibility to keep them engaged for as long as possible.  Luckily with it being a team sport, we can try and create a good team atmosphere so that they want to be a part of it. I think that having players know their role and how to use their strengths to help the team can help teenage girls stay involved. Everyone has different abilities, so it’s up to us as coaches to help them realise their strengths, whatever they might be, and teach them how to use them as part of the team.

For younger players I use a lot of small sided mini games like tag and passing type games. It is a great way to have a lot of kids involved at the same time, it is energetic, they can work on their skills, decision making, teamwork and most importantly, it is a lot of fun. 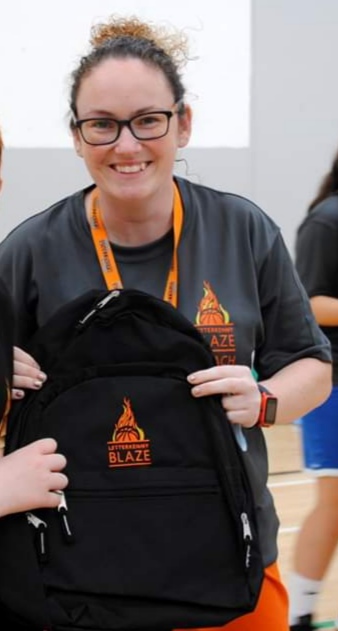 Always be ready to take notes! You think you will remember that game/drill/offence you will not! Write it down! Try and see as many different people coaching as you can, whether it is in person at practices or coaching clinics or watching stuff online. You will pick up something new from everyone. Keep learning!

When you first stepped up to National League/International/Academy level, were you nervous about the step up and how did you deal with that if so?

Absolutely, of course. I spoke to other experienced coaches who had been through it and tried to find out what to expect, what to do or not do and any tips or advice that they might have to get through it. Having the support from other coaches is great, knowing you can bounce ideas and thoughts off of them (excuse the pun!).

Go for it! In this male dominated coaching world, we are always very quick to find reasons why not to do something instead of finding reasons why we should do it. There will be support to help you, and you won’t be landed in the deep end. On top of that, girls need more female coaches visible at the higher levels in underage and senior levels so they can aspire to be like them. With the 20x20 campaign in full flow, it’s as good a time as any! Let’s go ladies. Go for it!

Seeing improvements in players no matter how big or small. Anything from a player finally getting the hang of a new skill to watching a player growing in confidence, being creative or becoming a leader on the floor.

In a very broad sense, success is players improving their skills and decision making as individuals and as team players from the start to the end of the season. Coaches and/or teams will have set their own team goals, whether it’s winning a National Cup, winning the league, making playoffs, improving on last year’s record, winning a game, beating Team X - there are so many options, so it’s a tough question!

Every day is a school day! It is crucial that we never think we know it all because we certainly don’t. I love finding new stuff to use and being excited to try it out with a team. With social media, it is so easy to access clinics, sessions and see new ideas from coaches all over the world instantly. We can learn so much from other sports too and adapt it for what we want.

There are so many different avenues you can be involved in now and there are great opportunities where you can start progressing as a coach and learning from more experienced coaches. There are more coaching clinics and talks to attend either in person or online, which are fantastic ways of picking up new ideas and for looking at old ideas in a new way. I think coaches are more open to sharing ideas with each other and realising that if we all continue to get better as coaches, our players will also get better which means our competitions and standards get better.

Basketball in Ireland is in a really good place at the minute. The online seminars are just the latest initiative to help keep coaches engaged, learning and keeping up with what’s happening. Personally, I would love to see more coaching clinics being held targeting different age groups. It’s a great opportunity to hear multiple coaches on different topics and a chance to network with other coaches. We have fantastic coaches with lots of knowledge to share. I think having a mentor system for new coaches who maybe don’t know how to get started and just need a bit of guidance and have someone to check in with and see how they are getting on is important. Keep recruiting coaches! There are plenty of people out there with loads to give, we just need to get them in the door.

It’s all about the people!

Players and coaches - keep learning, stay safe and roll on the new season!