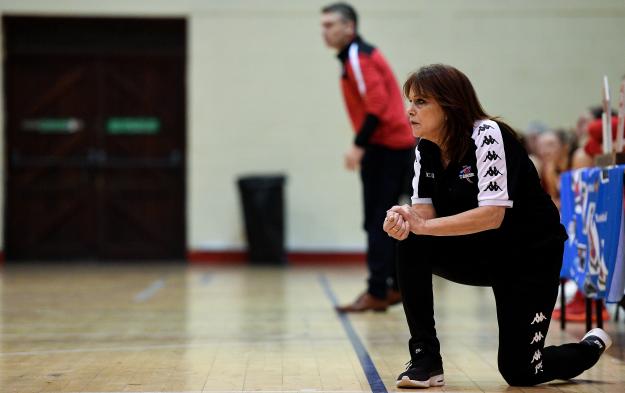 This week’s feature is on Joan Black, head coach of Women’s Division One side, Swords Thunder.

Check out our Q&A with Joan below.

I got involved with coaching through Fr. Mick Casey, the founder of Killester Basketball club. He - along with the Minister of Sport at the time – set it up to promote sport through the inner city and suburbs in Dublin.

In the 1980s, I coached the Killester Men’s D1 team, I coached the Bonnybrook girls U14, U16 and 18s through the 1980s and 90s. Then, after 20 plus years of rearing a family, I returned to coaching around 2013, and I coached the following teams since then: DCU Mercy (U15s and U18s) and Division 2 Ladies, Holy Child Killiney Secondary School and I’m currently coaching Swords Thunder’s National League team.

Martin Grennell was a role model for me. He displayed a belief and confidence in me and the team that to this day, I feel like I would run through a brick wall for him. He inspired us to wake up and eat, breathe and sleep basketball. He taught us important qualities like discipline, respect and accountability. I will forever be grateful for having Martin as my coach, as the combination of him and the game of basketball have played an important role in shaping me into the person I am today. 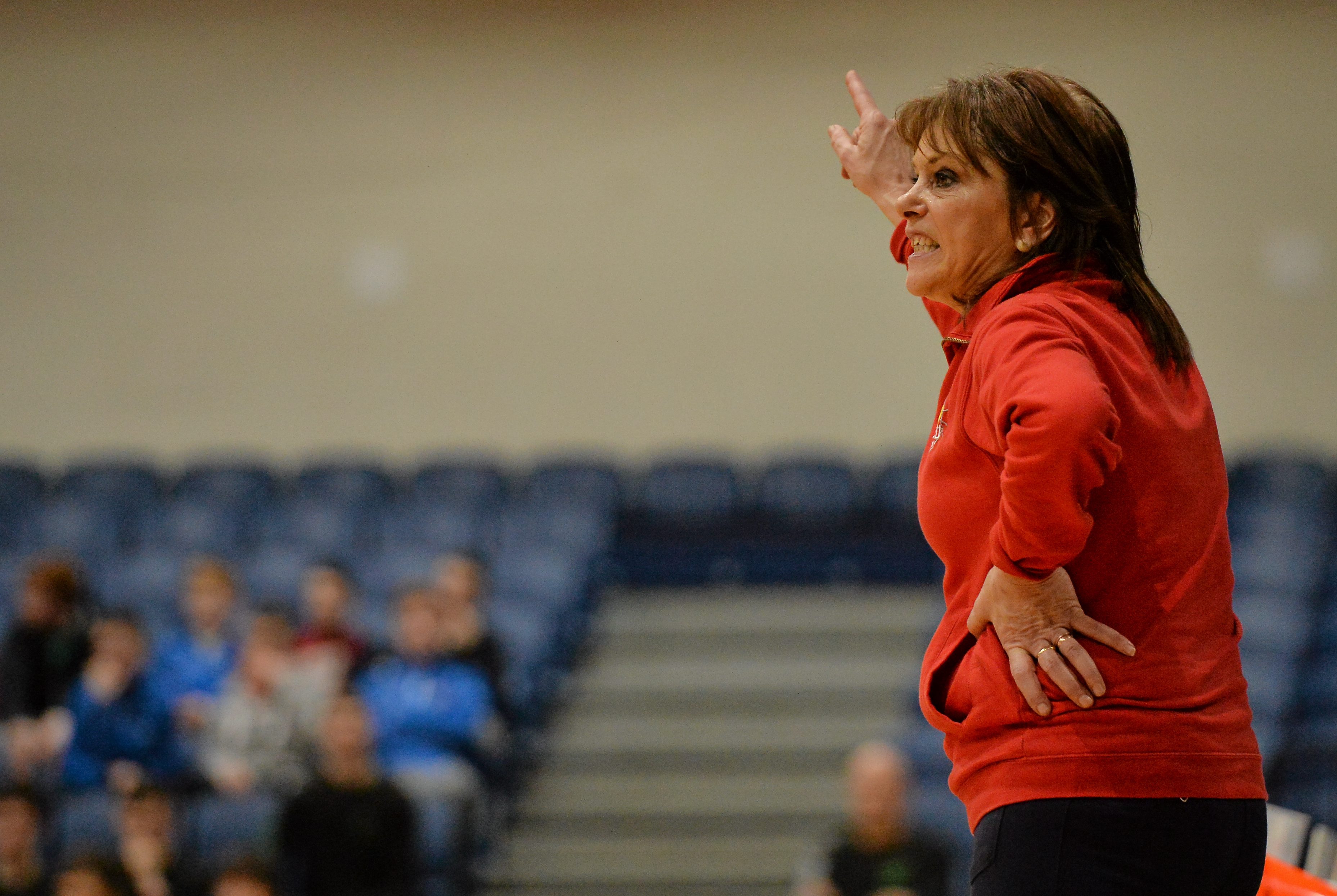 Ensuring that they learn the fundamentals of the game while encouraging them to believe in themselves and not be afraid to fail or make mistakes - that is all a part of the learning process. If they can get a good grasp of the fundamentals from an early age, this will be to their advantage as a player going forward.

I think communication and reassurance is important here as girls - particularly at this age group - certainly lack confidence, and at times, are afraid to try in case of failing or getting things wrong. Therefore, instilling belief in them and teaching them that sport can provide you with so many opportunities to develop as a person both physically and mentally in a positive way is vital. I think in line with the 20x20 initiative, clubs who might have an U14 or U15 team should get players from their U18s, or U20s or Super League teams to take a guest session with this age group if they’re not already coaching them. Or invite the older players to one of the younger players’ games for a pep talk etc. I know for my own daughters when they played underage at Mercy, seeing the likes of Lindsay Peat, Suzanne Maguire or Sarah Woods at their games, and talking to them gave them such confidence and motivation to play, get better and aspire to be like them. Young girls need to see more real-life sporting heroes, so coaches and clubs should be pushing the 20x20 initiative to keep young girls involved and inspired to play sport - no matter what level is.

I have a few, but I think the 11-man fast break drill is a great drill. Players who I have coached at all ages definitely seem to enjoy it and it has so many good teaching points, it’s like a game situation and you can make it competitive amongst the players also. 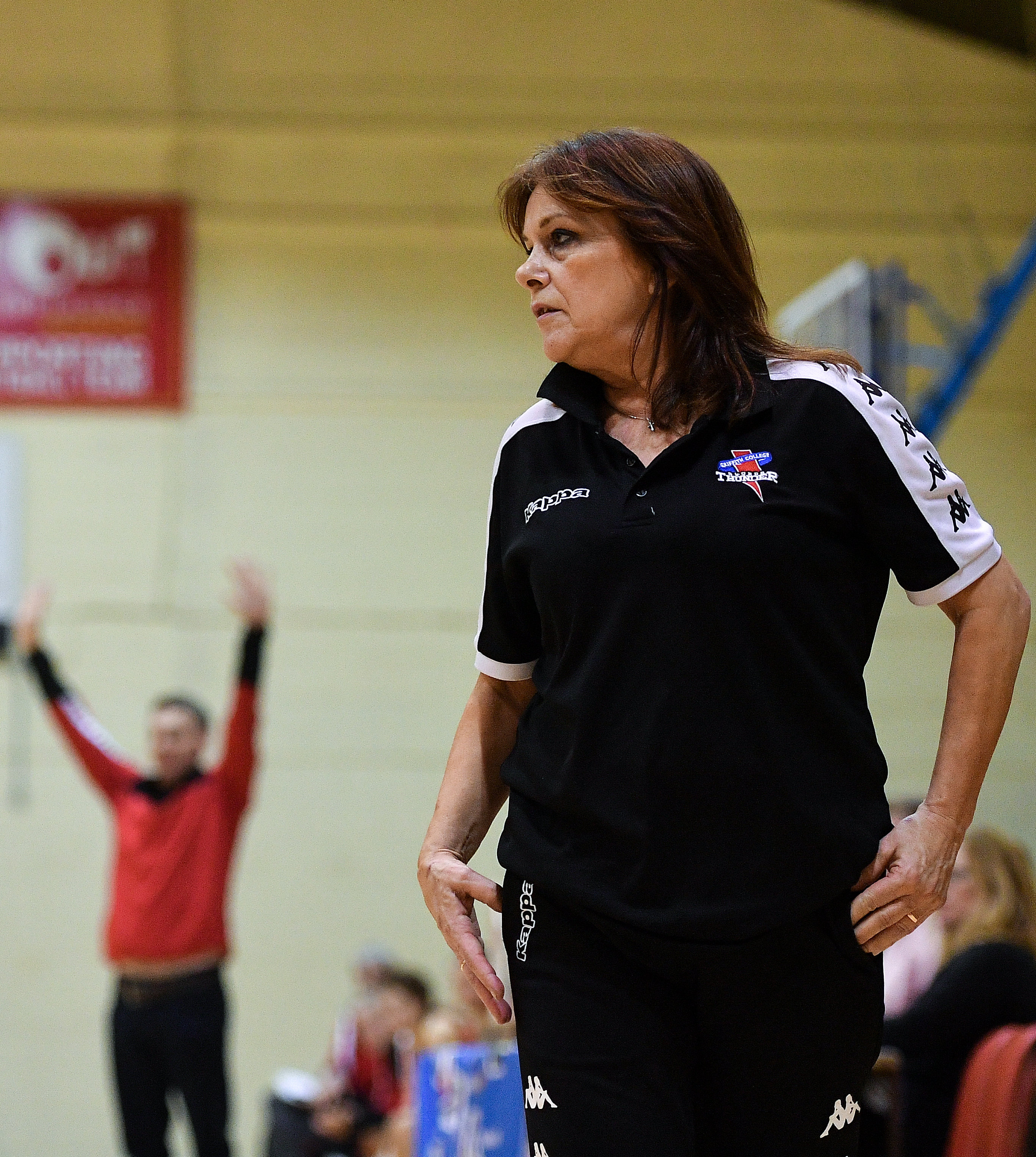 Clubs are always looking for coaches, so know that they would be appreciative of your time. If you don’t feel confident  taking a team by yourself in the beginning, helping out as an assistant coach could be an option, where you can learn a lot from a coach with experience – this could be good starting point. There are so many tools now available to young coaches that were not available when I started coaching, so utilising these online resources will be a huge benefit for you. Don’t be afraid to explore and try new ideas and certainly, do not be afraid of failing or losing as that is where you will probably learn most! I think it is important to note you will have the chance to encourage, inspire, and have a positive impact on the people who you will be coaching.

Taking on the National League team, I wasn’t nervous as it was a new team and the first time a ladies team in Swords had been entered at this level. It was a new and fresh challenge for myself, so I was excited to take on the task.

Certainly, if you can give the time and commitment, go for it. I would love to see more female coaches at National/Super League level. Through the years, there have been some fantastic female basketball players in this country, it would be great to see them get their coaching courses completed and use their experience and knowledge of the game to give back to our younger players. 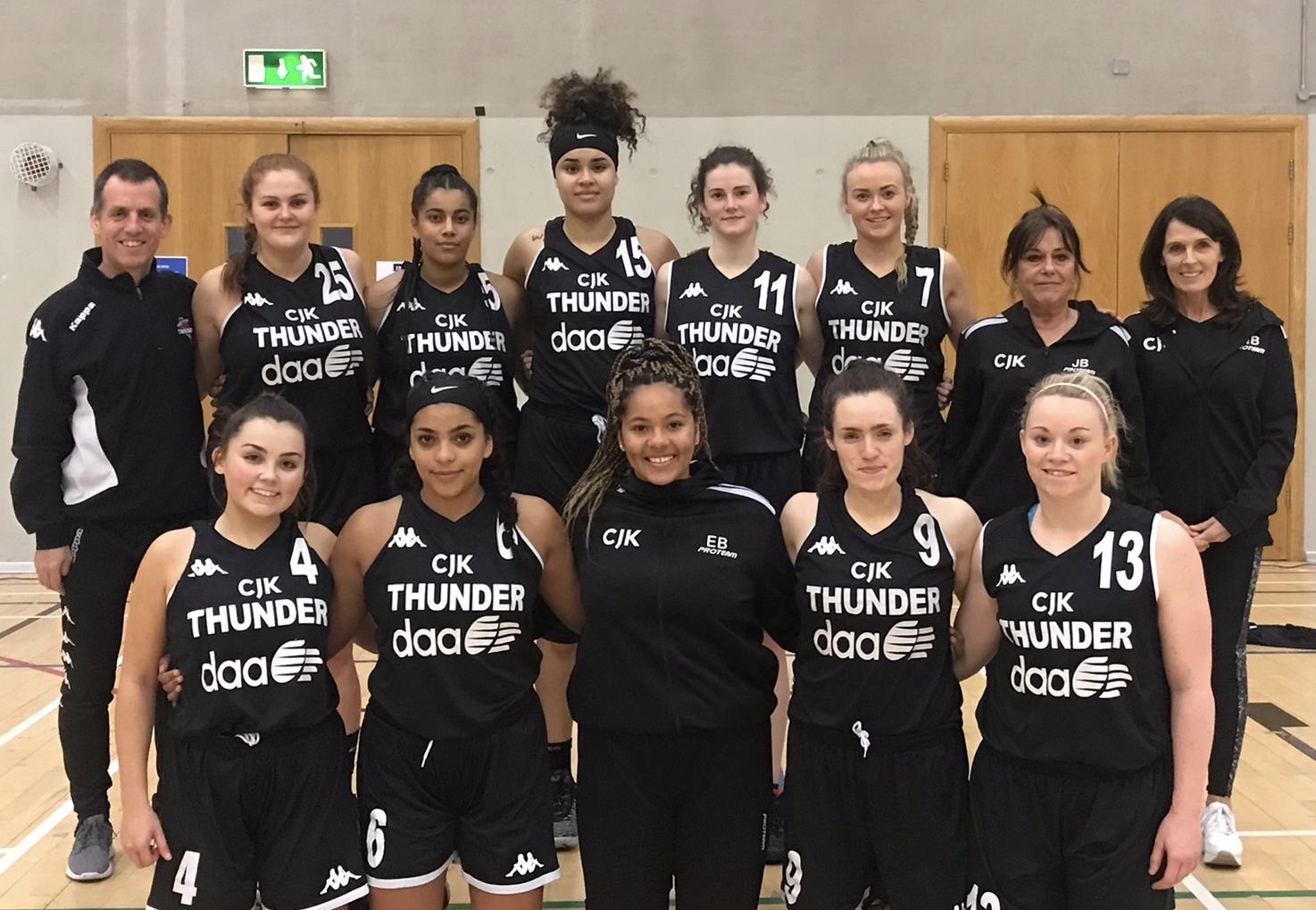 When you get the maximum effort from your team and your training plan is executed.

Helping players to reach their potential and keeping them involved in the game, hopefully they stay involved as they get older and when they do finish playing, that they come back and give their time to coaching/refereeing or administration. However we compete to win, we all want to win so when a club finally achieves winning a National Cup or league it is a reward for all of the hard work that players, coaches and everyone at the club have put their time and effort into accomplishing this.

This is important as the game has evolved and will continue to so do. Longevity and experience - while they are an advantage - do not mean that you cannot still learn and be open to new ideas that you could incorporate into your beliefs and style of play.

Coaching tools have become much more accessible with the use of the internet, stats and video analysis. Players and teams no longer just focus on the game itself, but now include and have access to better information and resources on S&C, nutrition, sport psychology and recovery programs that help them to fulfil their potential better and more efficiently than ever before. 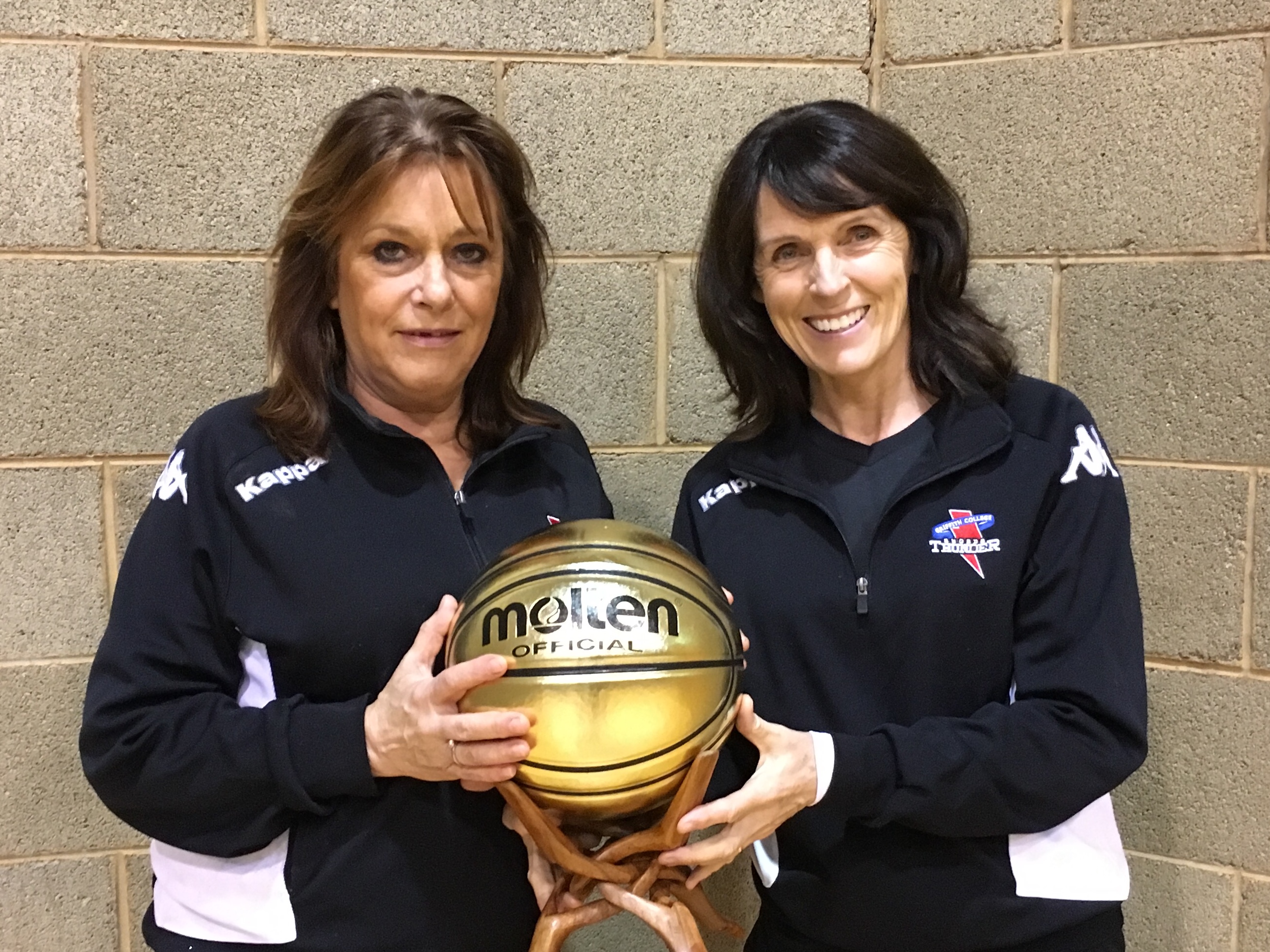 Maybe creating a permanent platform allowing coaches to collaborate, share knowledge and learn from each other. While it’s fantastic to have online resources, these could be specific to Ireland and the structures we have here and what we have to deal with, ie limited court time, etc.

You are only as good as your last game, so you need to keep continuing to work hard on all aspects so that you become the best player you can be. Appreciate the game of basketball, even though when you are young you think your playing days will last forever, they do not, so value every second you can play!

Never quit any challenge, keep pushing yourself to get better and wanting to learn. Instill the good values that you have learned – like I did from Martin when I played basketball – and that will aid the team you coach not only on the court but in life also.

Look back on our other Women in Coaching interviews below: