The Randolph's speak to Bench Talk 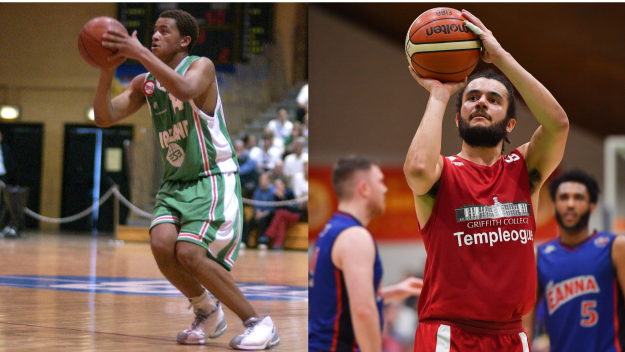 Republic of Ireland goalkeeper Darren Randolph admits that players will be nervous on their return to the Premier League this week. He was speaking alongside his brother, Ireland and Templeogue player Neil Randolph, on Episode 2 of ‘Bench Talk’ Basketball Ireland’s new weekly interview series. The West Ham player said:

“We get the Covid tests every Monday and Thursday, so they are doing everything to ensure that the training ground is as safe as possible. And yeah some people may be quite nervous to come back and play games, but for teams like us down the bottom, we have no choice but to come back and play, because you don’t want to get relegated. If you are a mid-table team, some people may say ‘oh I don’t feel right playing’ and that may be okay because they can’t get relegated, can’t get into Europe or win anything. Then the one’s at the top, if you are somebody from Manchester City, you can’t win the league, so you are going to be uncomfortable playing. At the minute they don’t have Champions League football, so it is okay for them to say they don’t want to play. Obviously Liverpool players they want to play because they need two more wins to win the league, so it is going to be different for everybody.”

Both Randolph’s discussed about having to deal with racism growing up and in sport. Asked if racism was an issue in basketball or whether the sport having black culture ingrained in it meant it wasn’t as prevalent Neil Randolph said:

“I think you’re right it definitely was easier in basketball, I don’t think I ever experienced that type of comments in my direction in basketball at all. I can’t say the same when it comes to Gaelic Football or to soccer. It could be…I am trying to find a reason for it. I think your reason is very correct, there is a lot of black culture and influence in basketball and those who play in basketball are aware of that.

The Premier League will have ‘Black Lives Matter’ on their shirts when they restart the season and Darren Randolph expects players to make further stands to increase awareness.

“I think there will be a lot more protests, there maybe if someone scores a goal maybe there will be different messages put on their shirts to celebrate and try and get the message across. Definitely for now the issue isn’t going to go away and it is just going to keep on getting highlighted. There has been different incidences in the past with racism in sport and people tend to talk about it for a day or two and it’s gone, whereas I am hoping this will be a turning point and it just gathers momentum.”

Neil Randolph also spoke about the rescheduled Men’s European Championship for Small Countries, which will now take place in Limerick on June 28th to July 3rd 2021. He believes that the extra year’s preparation could prove to be to Ireland’s advantage.

“I really think that the overall pool of players is very, very strong and this time is only going to help that. You mention John (Carroll) coming back and it gives Mark (Keenan) and it gives Adrian (Fulton) and it gives Puff (Summers) more time to really focus on what really needs to be done. The Ultimate goal of that team, it doesn’t matter who gets picked, anyone, whoever represents Ireland, the whole goal is to win that tournament, to get into ‘B’ and I think that’s the kind of message that has been spread among the team and that’s what we’ve been working hard to focus on. So I don’t think a delay of a year will make too much of a difference. Hopefully everyone comes back healthy, that’s the main thing you really want to happen.”

Both Darren and Neil also spoke about their differing sporting careers and their father Ed’s influence.

Watch Episode 2 of ‘Bench Talk’ in full below.