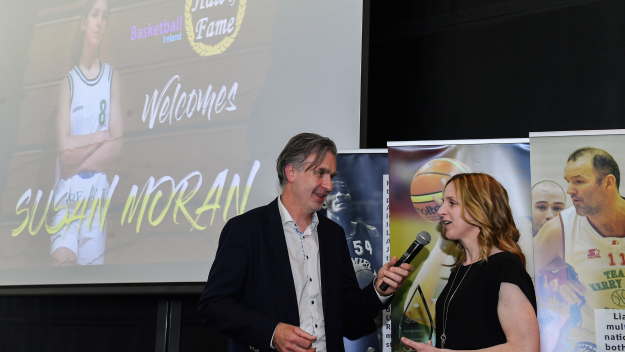 Over the coming weeks – and as part of our ‘Dream Big’ #SheGotGame women in sport campaign - we will be featuring a host of female coaches who are currently (or have recently been) coaching here in Ireland, to learn about their background, their coaching careers and any tips and tricks they have for new coaches.

This week’s feature is on Basketball Ireland's Hall of Famer, Susan Moran.

Check out our Q&A with Susan below.

What is your current coaching position?

I started playing schools basketball in 1st year at the Sacred Heart School in Tullamore.  From there I played on Midlands teams, and then eventually moved up the ranks on a national level and started to play with the Senior Women’s team.  I got a full scholarship to play college basketball at St. Joseph’s University in Philadelphia.  After 4 years there I went on to play professionally in the WNBA for the NY Liberty, and also in Spain, New Zealand and Australia.

After getting cut from the NY Liberty, I was about to head back to Europe for another season of professional basketball.  My former head coach at St. Joe’s, Cindy Griffin, approached me about a coaching spot that had opened.  At the time, I told her that I was not ready to stop playing, but she enticed me back by saying that I could continue to play overseas during the summer months.  It was the perfect storm!  I never thought that coaching would become my full-time job, but at the time Coach Griffin approached me it was an opportunity that allowed me to have a home base and steady job in Philadelphia, while taking classes to get my master’s degree (I thought I wanted a big shot, corporate America, power suit wearing type job!), and continuing to play pro during the summer months.  I finally got the piece of paper for my masters and had the realisation that I was already working a job that I absolutely loved, so why would I change careers!  After 18 awesome years coaching at my alma mater it looks like I made the right move.

While playing overseas in New Zealand and Australia I had the opportunity to coach some of the club’s developmental squads which was a great experience.  I also served as a junior development officer in their school system, traveling around to primary schools to host camps and clinics.  Other than those experiences I have really only coached at the collegiate level in the US!  And unusually for over here I have coached at the same school for my entire career.

I would say that I have two role models in that regards.  The first is Ann Ganly, my school coach at the Sacred Heart.  She was a tough love kind of coach.  She pushed us to do things that we didn’t think we could, but you also knew that you could go to her with anything and that she would be there for you.  She had so much faith in our team and it was contagious.  She made us believe that we could do great things, and as a group we did, eventually winning a Senior A Championship having started as a D school.

My second role model is my current boss and former coach at St. Joe’s, Cindy Griffin.  I have learned so much from her as a coach.  She is very detailed orientated, thorough, and leaves no stone unturned when it comes to planning practice, preparation and scouting.  Coach Griffin has helped me to increase my basketball knowledge so much.  She forces you to think about the game in a different way, a more complex way, and for someone who was more of a player than a coach when I started, having her guide me was invaluable. 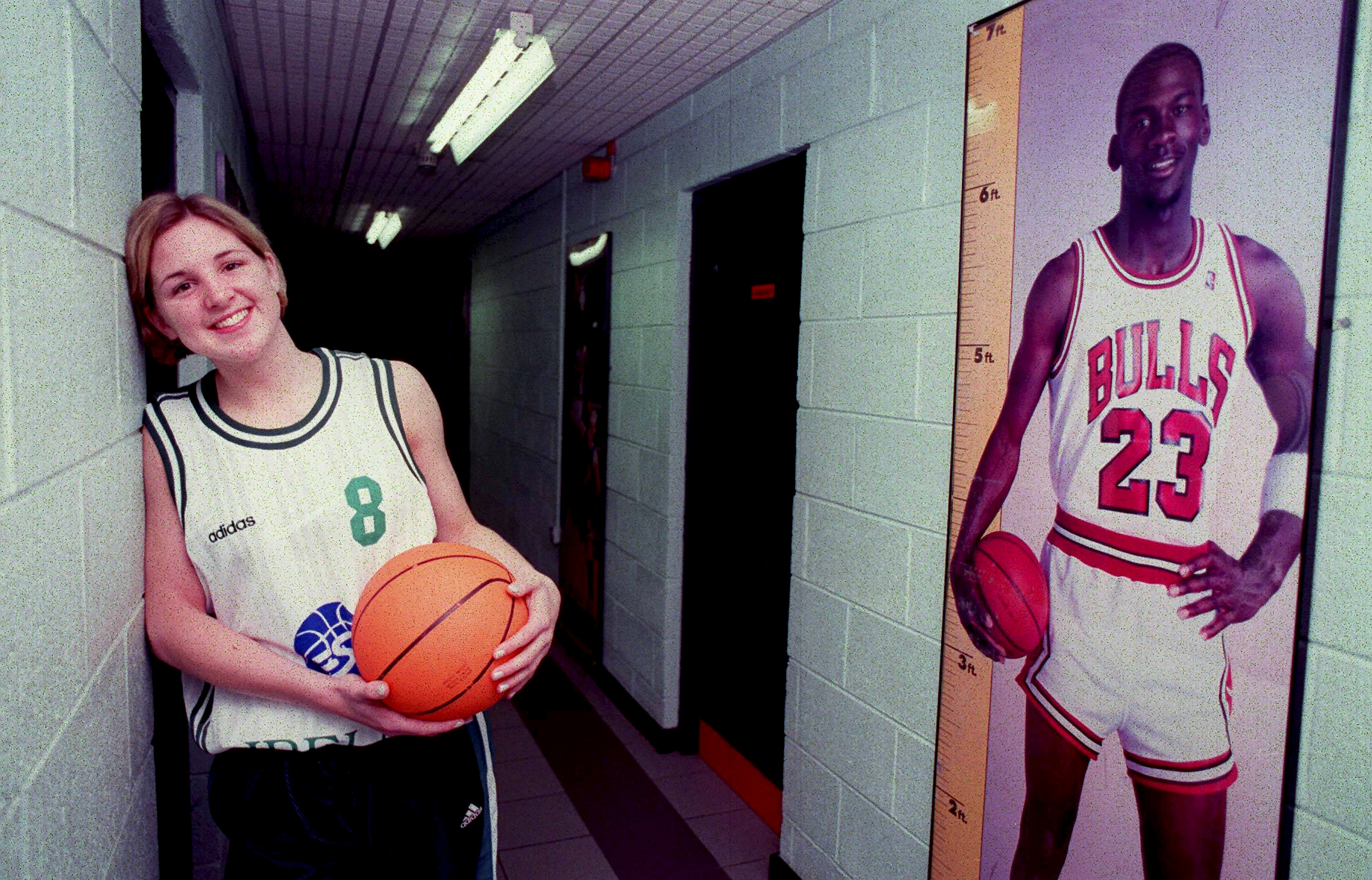 I couldn’t pick any drill in particular, but what I would say is that kids love when things are competitive.  They tend to lose interest when you are just doing something to do it.  All our drills have time and score, and winners and losers.  The loser might have to do something as small as 10-star jumps…but the fact that there is something on the line gets their juices pumping!

Always keep in mind that it is not about you and it is not necessarily about winning.  Your job is to grow these young kids in an environment where learning is fun, and where they walk away feeling a sense of accomplishment that prompts them to come back!  Not everyone that you coach is going to go on to do great things in the world of basketball, so it is also your responsibility to teach them life lessons that they will take with them and can use in different areas of their lives moving forward.

Stop thinking about it and DO IT!  There is a learning curve for every step up, whether it be in the workplace or on the basketball court.  But you have the tools so challenge yourself and make the jump.  Use your resources, use your connects in the basketball community, and don’t be afraid to ask questions.  Basketball is not rocket science - no matter what level you are coaching the rim is the same height, the court is the same dimensions and the game has the same rules.  If you approach the game with a positive mentality, and a commitment to getting each individual player better while growing a strong sense of team and accountability, you will be successful.

If I can walk away from a training session and feel like the team learned one thing really well, I am happy!  Also, if during the entire session the energy was high and we had no big lulls and reminders about communication and effort, I walk away feeling pretty good! 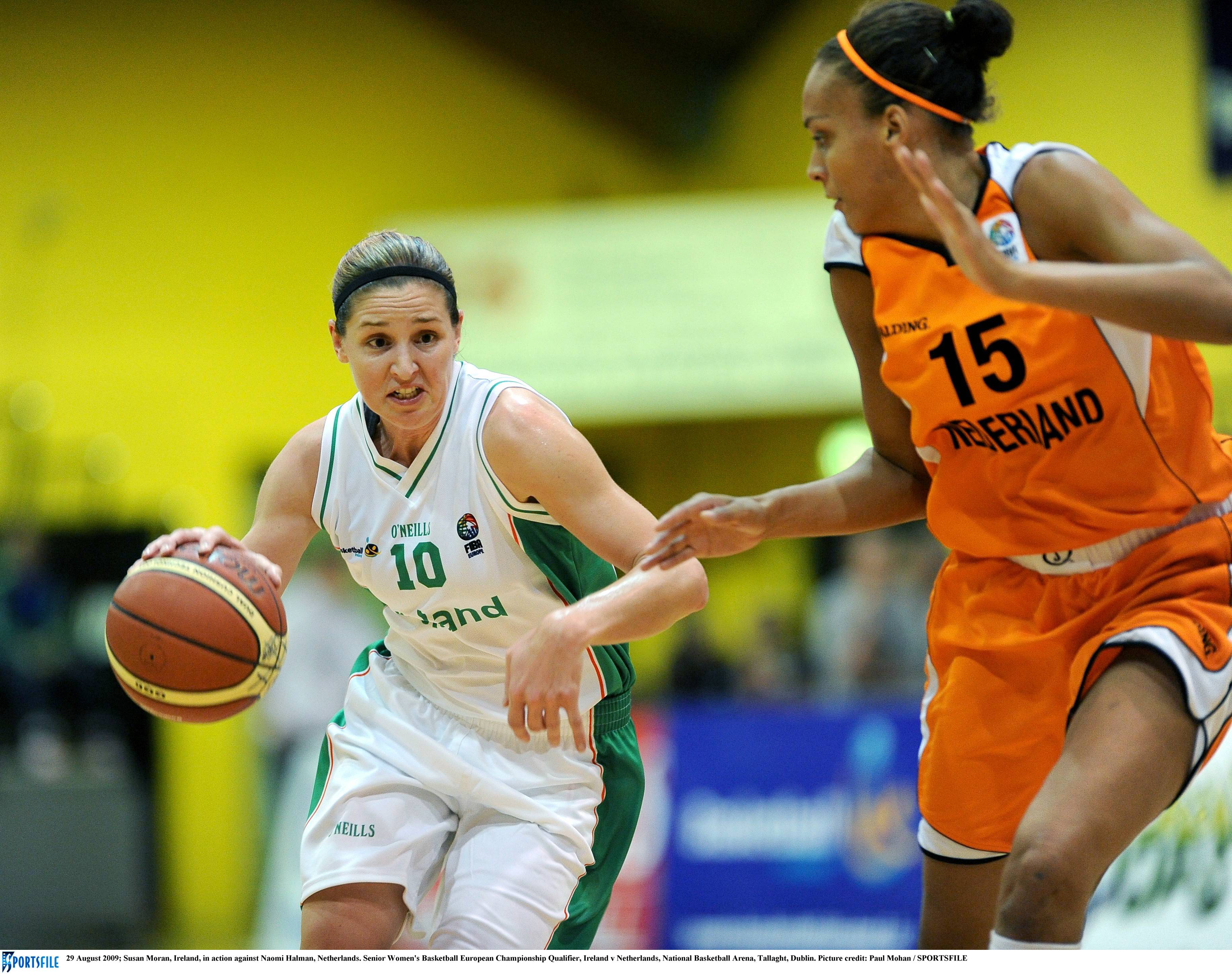 It is not just important, it is vital. The only way to keep pushing forward is to continue to seek out new and innovative ways to push our players to get better. There is no excuse for not constantly learning.  You don’t have to spend a ton of money on doing clinics and webinars…google is your friend and there is so much out there that you can pull from.  In that regard, I have one recommendation for you. Mike Neighbors is the head coach of Arkansas Women’s Basketball.  He is a leader in the game and is a sharer as he wants to grow the game.  His stuff is excellent! I have learnt so many great drills from him, especially his Green Light Shooting (check it out!).  His stuff is competitive and our kids love it.  You can subscribe to his newsletter at The Neighborhood here. Worth the quick click and sign up!

Coaching has less to do with basketball and more to do with relationships – building them and valuing them is key.

In case you missed it, check out Susan Moran chatting to Cliona Foley from Off The Bench last year below: