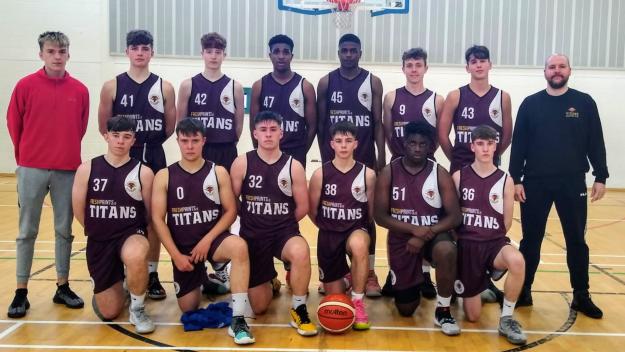 They’re back. After a season away from the Men’s National League Titans Basketball Club take their place in Division 1 for 2020/21.

The man leading them is a familiar face, Jack Considine. After retiring due to injury in 2011 he spent 3 years as assistant coach to Matt Lint. For the last two years he's been head coach of the Titans U20's and seniors and he's looking forward to pitting his wits at National League level again.

“The National League has been such an important part of our club. Unfortunately we were not able to participate last year. We had a number of our squad doing exams and so unfortunately we had to make the tough decision to not enter last year. But we are back now and we mean to stay. It is an important part of our clubs identity, we have had tremendous success throughout the years. We are a young club, but we’ve made six finals, we’ve won the Cup once. We’re back now and we’re here to stay.”

Considine says the team remains ambitious as ever.

“I firmly believe that any competition that you enter you should try and win. I know we are an inexperienced team, but we are athletic and we are quick and we have some height too and we’re very competitive at Under 20 level, so we’ll be looking to use a large squad and play a nice high tempo game.”

The Titans come into the North Conference. They’ll be up against two new teams – Malahide and Drogheda Wolves – along with Tolka Rovers, Dublin Lions, LYIT Donegal, Sligo All-Stars and Ulster University.

“The Northern Conference is going to be interesting. There is going to be some new teams but lots of familiar foes there as well, teams that we would have played against a lot over the last decade or so. It is going to be incredibly competitive and some long trips as well away from home. Yeah we’ll look to be as strong as we can at home and hopefully pick up a couple of wins on the road too, get a favourable playoff position and work from there. Yeah really looking forward to it.”

In case you missed it: Bench Talk - Lindsay Peat