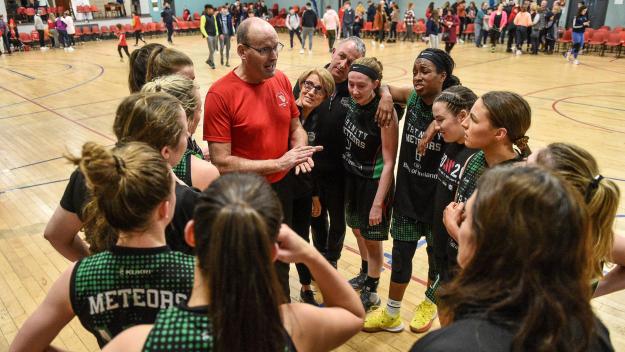 Trinity Meteors return to the top flight for the 2020/21 season, as Women’s Division 1 champions. It follows an impressive campaign last year, which saw them lose just once in their 14 league games. They also reached the Division One Cup final, losing 75-71 to Portlaoise Panthers. They will once again have the talismanic Edel Thornton in their squad, as they battle it out in a tough 6-team North Conference. It has four of the top-5 from last season’s Super League, including current champions DCU Mercy. The North Conference also contains Dublin rivals Pyrobel Killester, Leixlip Amenities Liffey Celtics, Maree and IT Carlow.

Basketball Ireland caught up with head coach Vinny O’Keeffe for the latest edition of ‘Club Focus’.

Q: You're in the Women's Super League this season, having been crowned Division 1 champions last season, what were the keys to you success last season?

“Getting promoted to the Super League as champions of Division 1 was fantastic for everyone associated with the club. There is a long and storied history with the club and it is great to be back in the top flight of national basketball after a number of years absence.”

“The key to our success last year is easy to identify - the players. You assume at this level that every team has decent coaching and is well organised, we just happened to have players who were able to perform at a consistently high level for large portions of the season. We had a very deep bench, where every player made significant contributions and if one or two players were having an off-day there was always someone else able to step up and see us over the line. Their effort and commitment to the team ethic was exemplary and they deserve all the credit for our success.”

Q: What will be your targets for the upcoming season?

“On a human level the hope is that we can all finish the season in a safe and healthy state and that there are no disruptions to the running of the league, due to issues surrounding Covid-19. In these strange and uncertain times being able to compete in a safe and enjoyable environment has to be the priority.”

“From a basketball perspective the target is to compete and play to the maximum of our ability in every game. If we can do that, then I believe good things will happen. We are in an extremely difficult Conference, with last year's champions and cup winners to name but two, and the draw for our cross-Conference away games has us travelling to play all three Cork teams, so it couldn't be tougher. I have every faith in the quality of our players, so we will have to just wait and see.”

Q: Edel Thornton will again be part of the Meteors squad this season, sum up her contribution to the side so far and how crucial she'll be to your hopes?

“Having Edel with us is a God-send. She has a fantastic work ethic and will to win, provides superb leadership and all-round play, and is a great role model for how a player at this level should conduct themselves.”

“For a player with all her talent and experience she is very down-to-earth and unassuming , and she would be the first to tell you that nothing is possible without having good team-mates. We were very lucky to have a team last year whose individual skills and abilities were able to mesh together into a winning whole and perhaps Edel's greatest contribution to our success was her ability to help facillitate this through her leadership.” 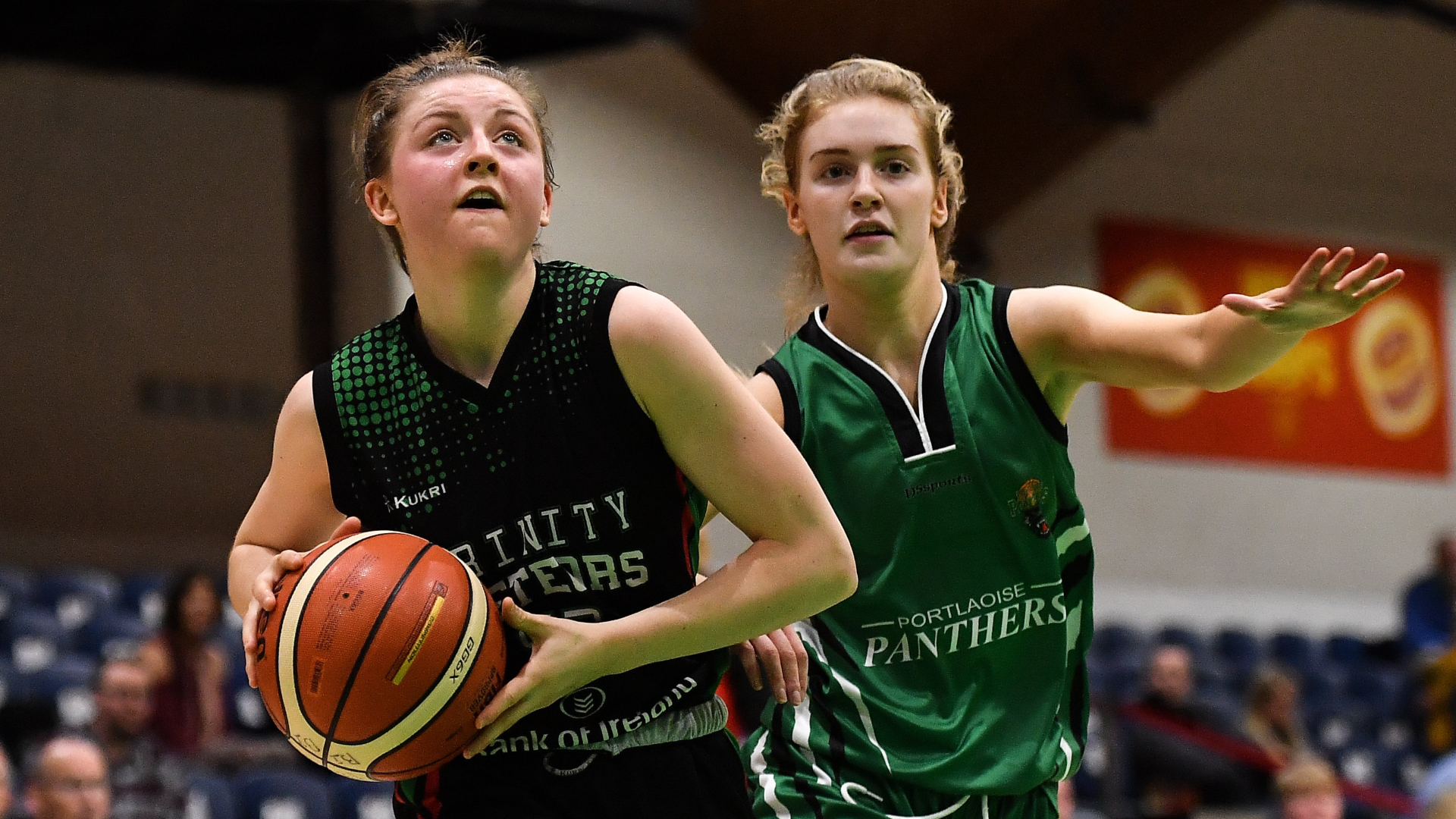 Q: With Trinity Meteors having a strong student base, how much more difficult will it be to prepare for the season with some of your players dotted around the country?

At the moment nearly all of our squad, whether student or otherwise, is based in Dublin, so it shouldn't be such an issue. The problem arises with those students who wish to enrol in Trinity for the next academic year and would like to play with us. CAO offers are now pushed back until mid-September, which leaves it very late in the day for potential recruits to get a meaningful pre-season with us. Some of these students may not have enough points to be offered a place in Trinity, while those who do may decide to go elsewhere. Either way, it leaves for very unpredictable planning, but is a price worth paying as the benefits from the partnership have far outweighed any minor planning issues. 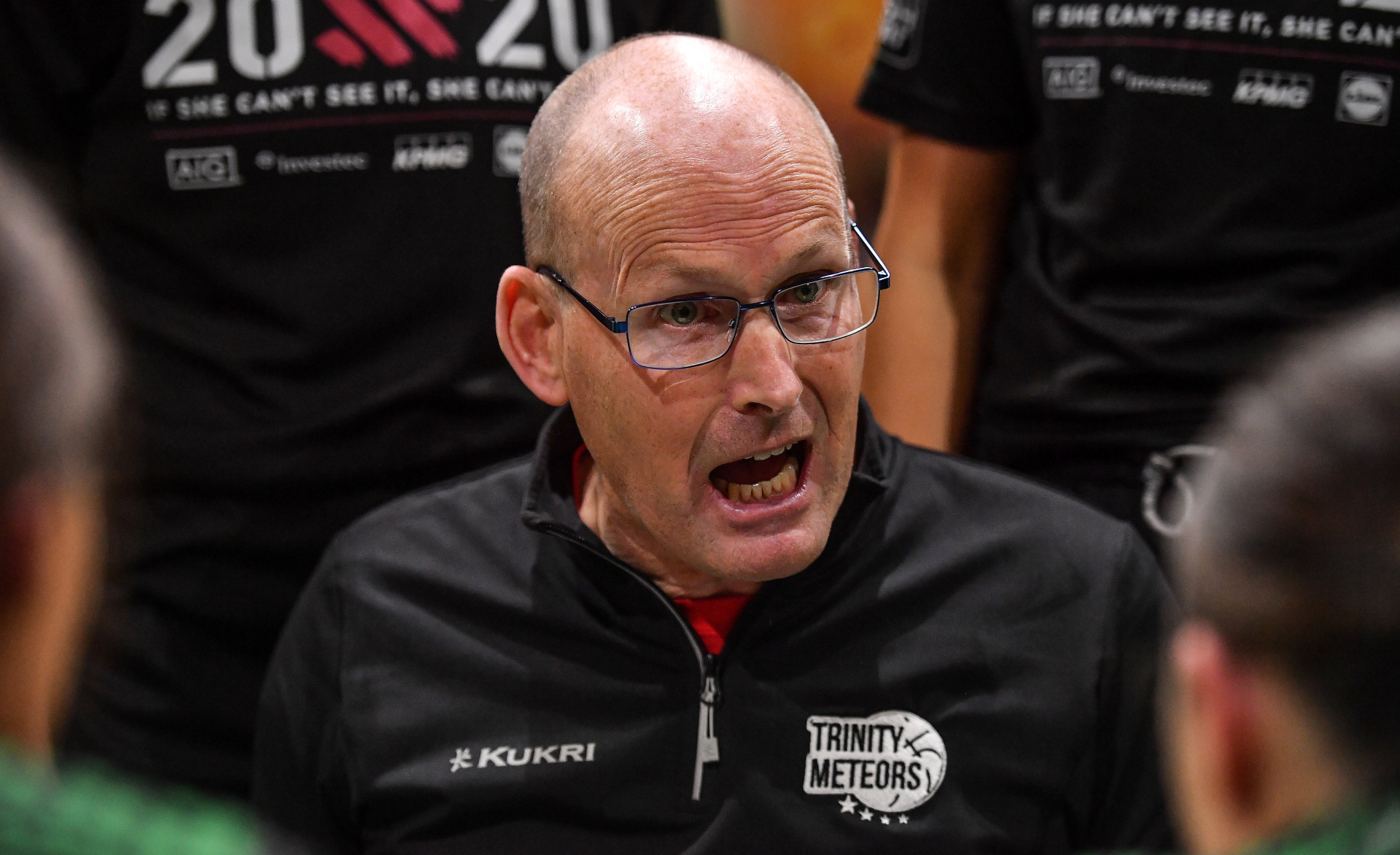 Trinity Meteors head coach Vinny O'KeeffeQ: How is your squad shaping up, are there any signings for the 2020/21 season that you can tell us about?

“The majority of last year's squad are returning for pre-season and we are in the process of finalising our two Americans. There are also a group of very talented underage players in the club who are currently on international panels, who will be looking to break through onto the senior level. Add into that mix the aforementioned potential Trinity enrollees and there should be good competition for places.”