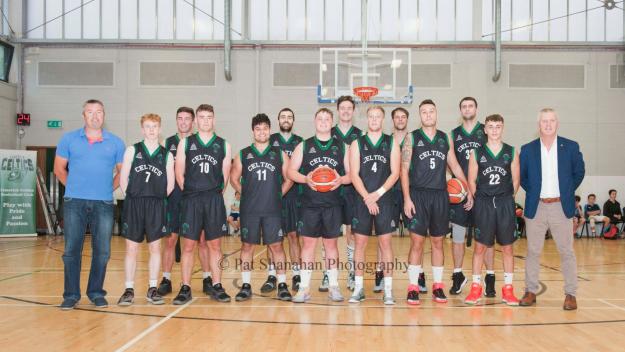 Tony Hehir is a busy man, he’s head coach of both the men’s and women’s Limerick Celtics senior teams, who compete in Division One. He also co-founded the club with wife Michelle Aspell, a 2020 inductee to the Basketball Ireland Hall of Fame.

Basketball Ireland caught up with Tony and he first told us about his playing and coaching career.

“As I player I started playing when I was 14 years old for my local club, Marathon Basketball Club in Limerick. My brothers Tommy and Martin had funded this club, but I it took a while to get me hooked on basketball as I was playing a lot of other sports at a young age. Our men’s team entered National League at Division Three level, but within three seasons we had won Division Three and moved up to Division Two National league. These leagues were very competitive at the time and it took us a number of years to make the jump to the Super League. We had some great Super League seasons and our team came very close to reaching the National Cup finals on a number of occasions. We didn’t win any Super League titles, but I hope we did play a small part in paving the way for the Marathon teams that did achieve National Cup success on two occasions in the years that followed. I was fortunate to play with some great teams and team-mates throughout those seasons, most notable Pascal Brennan, who went on to have great success in his College basketball career in St Thomas Aquinas College in the United States.”

“I started coaching National league in 2001 shortly after (my son) Jordan was born, when UL approached me and asked if I would coach the Super League Women’s team. This was the first time I had coached Michelle and I totally enjoyed my four years with the fantastic group of girls. We won three National League titles, three National Cups and won several regular season and top four titles. I then went on to coach Waterford Wildcats for three seasons and again Michelle was part of this great team. We reached two National Cup finals and lost in overtime in a fantastic cup final to Glanmire and competed in the Women’s Super League Playoffs in each of these seasons. I coached the Irish Under-16 National girls team in 2004 and thoroughly enjoyed the experience of international basketball. My final coaching job before setting up Limerick Celtics was as Head Coach with UL Eagles in the Men’s Super League. I also thoroughly enjoyed coaching this UL Eagles squad and we finished the season with the best league record and reached the Super League playoff final, losing out in a thrilling game to Killester. 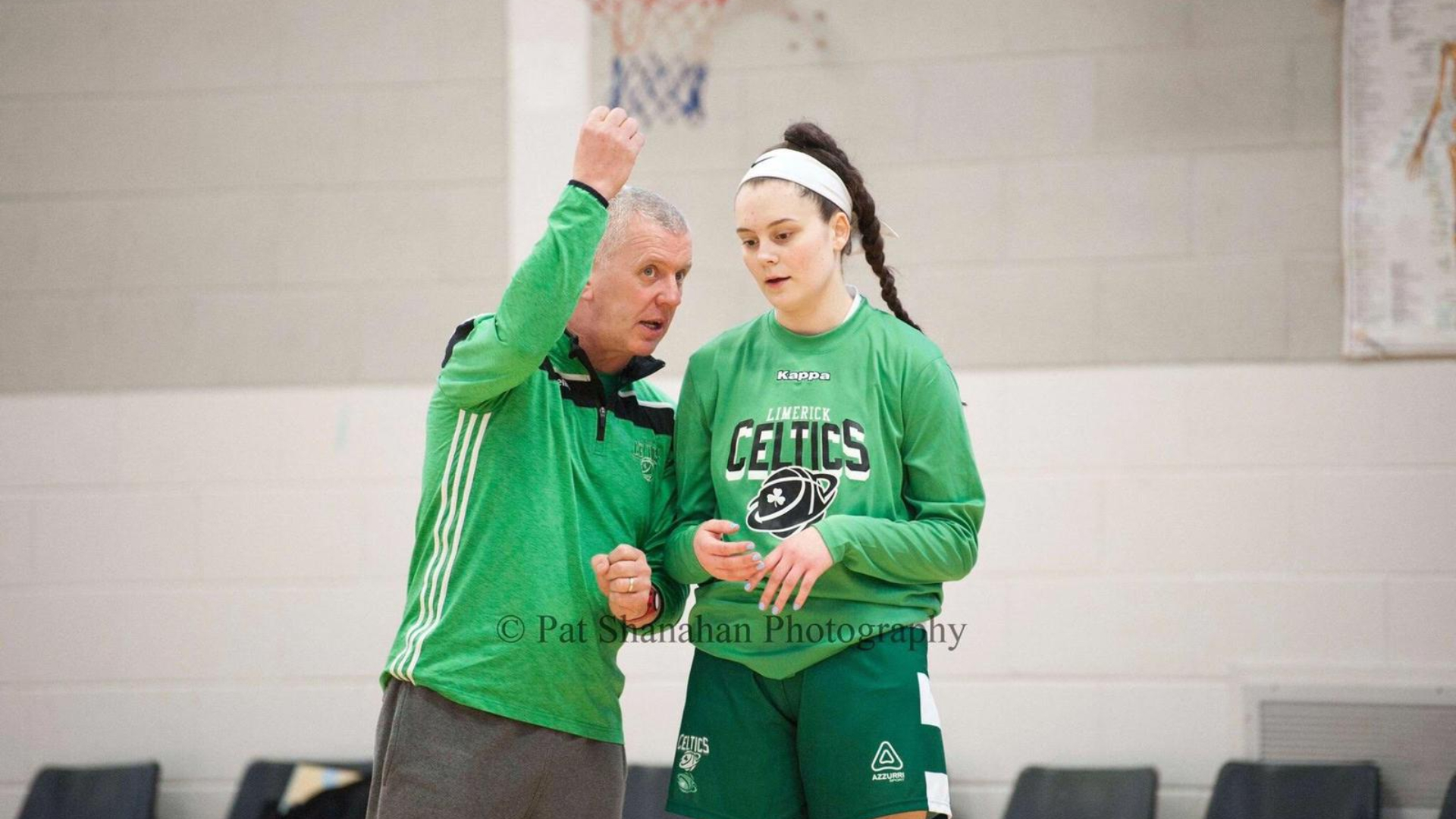 Q: You co-founded Limerick Celtics with your wife Michelle Aspell, that’s some undertaking for any marriage to throw a basketball club into the mix?! How did it come about?

“Our son Jordan wanted to take up basketball just over 11 years ago when he was 8 years old. There was no local club in the Dooradoyle area for him to play with at the time, so Michelle and I started a Sunday morning session for Jordan and local kids who just wanted to play, for 1 hour in Scoil Carmel sports hall. Within a year we had over 40 kids attending and 10 years later membership had grown to over 300 kids. We came up with the Celtic name a few weeks after the first session, when we were in the United States at a Boston Celtics game. We both thought there was a nice ring to the Limerick Celtics name and it all grew from there.”

Q: What major hurdles did you encounter in the journey getting the club to where it is now?

“Trying to secure hours in local sports halls was always a major hurdle and still is and trying to get more games locally for our boys and girls teams has also been difficult over the years.”

Q: What are biggest challenges day-to-day that you face running a club?

Q: How do you manage your time coaching the men’s and women’s Division One sides?

“Once all the men’s and ladies National League games are planned it really isn’t that difficult to coach both teams. A lot of scheduled weekends we have men’s and ladies double header games and this really helps a lot. Most of our players have played for Celtics since joining at Academy level and either myself or Michelle have coached these kids from Academy level right up to National League. It’s always great to follow their basketball careers and even better to be still coaching them.” 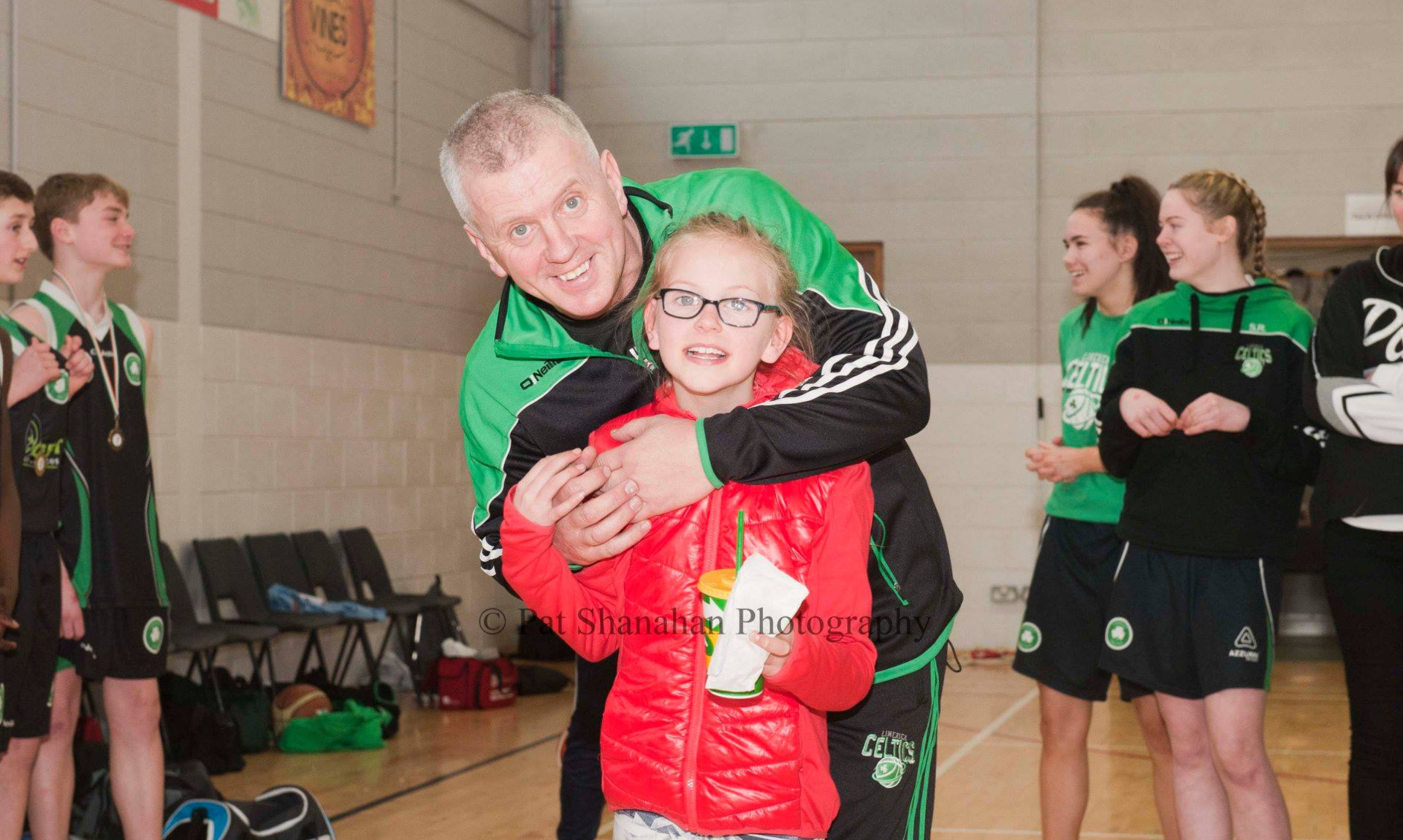 Q: Michelle obviously coaches the U16 girls team and Limerick Celtics Academy, does she get involved much with the senior sides?

“Yeah Michelle will help during the season with our ladies team and helps out so much with developing young players and getting them ready for National League. She is a fantastic role model for these girls and the girls look up to her so much.”

Q: How useful is it having her as a sounding board if you're thinking of tweaking things with a team or tactics?

“Michelle has such a great understanding of the game, so it’s always great just to discuss new ideas with her and to get her input.” 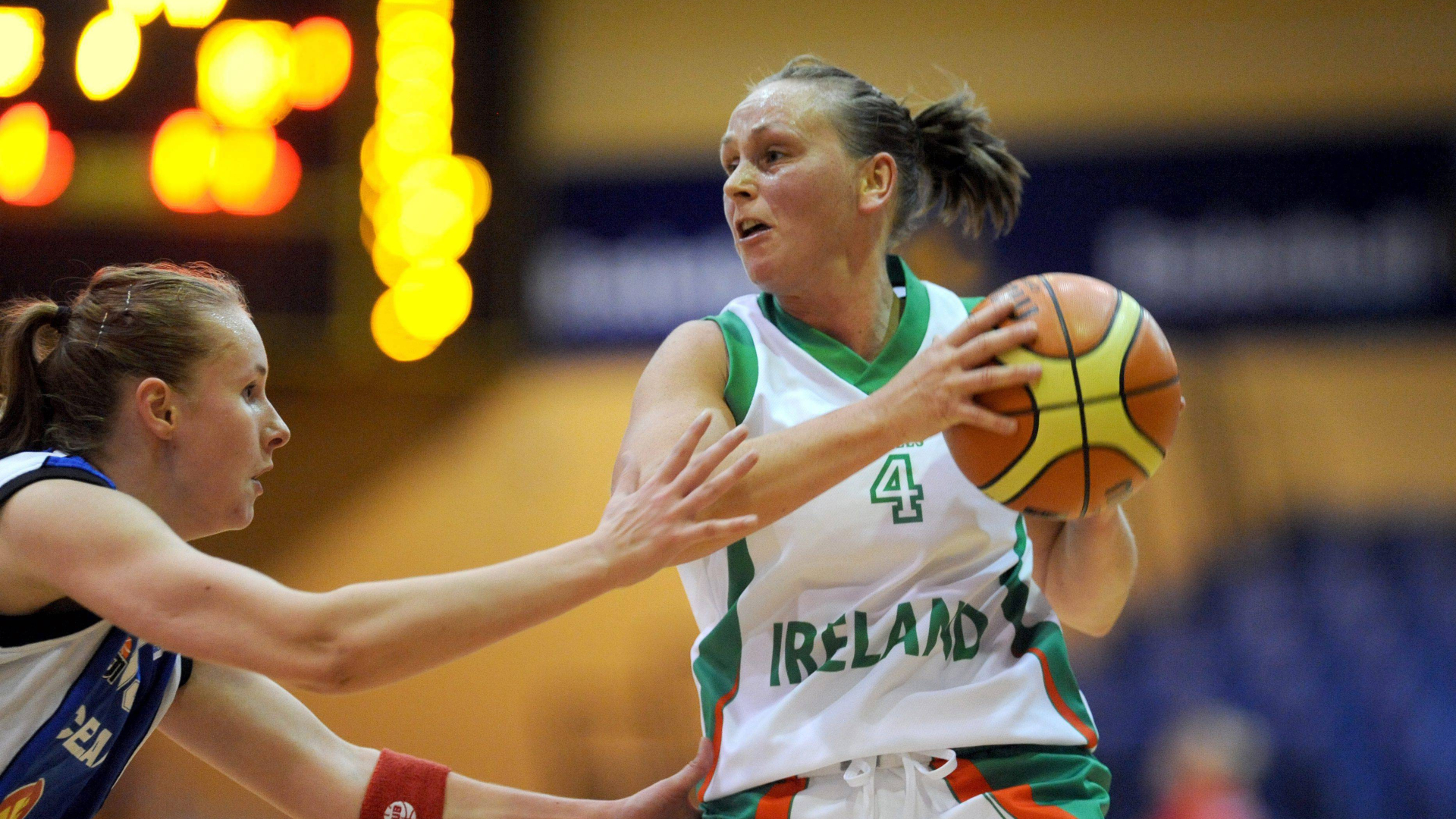 Michelle Aspell in action for Ireland during 2008 European Championship

Q: I presume there’s lots of basketball chat at home analysing games, how do you switch off?

“No quite the opposite. Our home is all about our family and friends.  Even though we are both so heavily involved in basketball, we really do try and keep family life separate and enjoy our time at home with our family and friends. In saying that, we have made so many great friends in Celtics over the years and some of our best friends now are parents of kids that we have coached in Celtics over the past eleven years.”

Q: We’ll start with the men’s team - you finished a respectable mid-table in the Men’s Division 1 last year with a 12-9 record including an early win over St. Paul’s Killarney, what are your targets for this season?

Q: The men’s team lost to Limerick Sports Eagles twice last season, what’s that rivalry been like, do you drive each other on?

“On the court the local rivalry has been really good for the Limerick area. Like all rivalries it attracts more local attendance from the media and general public and that’s always good for the sport. The emergence of Limerick Celtics into the Men’s and Ladies National League and now having two Limerick teams in Men’s and Ladies National League has definitely had a huge positive effect on underage basketball in Limerick. Local players getting the opportunity to represent their city and county has attracted a lot of new kids to the sport and hopefully the rivalry will help grow the sport even more going forward.”

Q: Things were obviously a lot harder in the Women’s Division One, not picking up a win all season. But I guess it could have been different - you lost a few close ones in October, by 5 points away at Tipperary Knights and by a point at home against Phoenix Rockets and in December by a point at home to UL Huskies. Was that one of your toughest seasons coaching a team?

“Quite the opposite. I was extremely proud of this young group of girls, who gave so much effort and commitment last season. This team lost Sabhbh Edwards Murphy to an ACL injury and Eve Nealon to a USA High School Scholarship at the start of last season, so it was always going to be tough when a young team and inexperienced team loses two of its best players so early in the season. Throughout last season I saw a huge improvement in all of these girls and their bond as a team grew stronger and stronger throughout the course of the season. It’s always great as a coach to have success on a national stage, but sometimes we over-emphasise the importance of simply winning games. If these young players continue to work hard and stay focused, then I’m sure there will be successful seasons coming their way in the near future.” 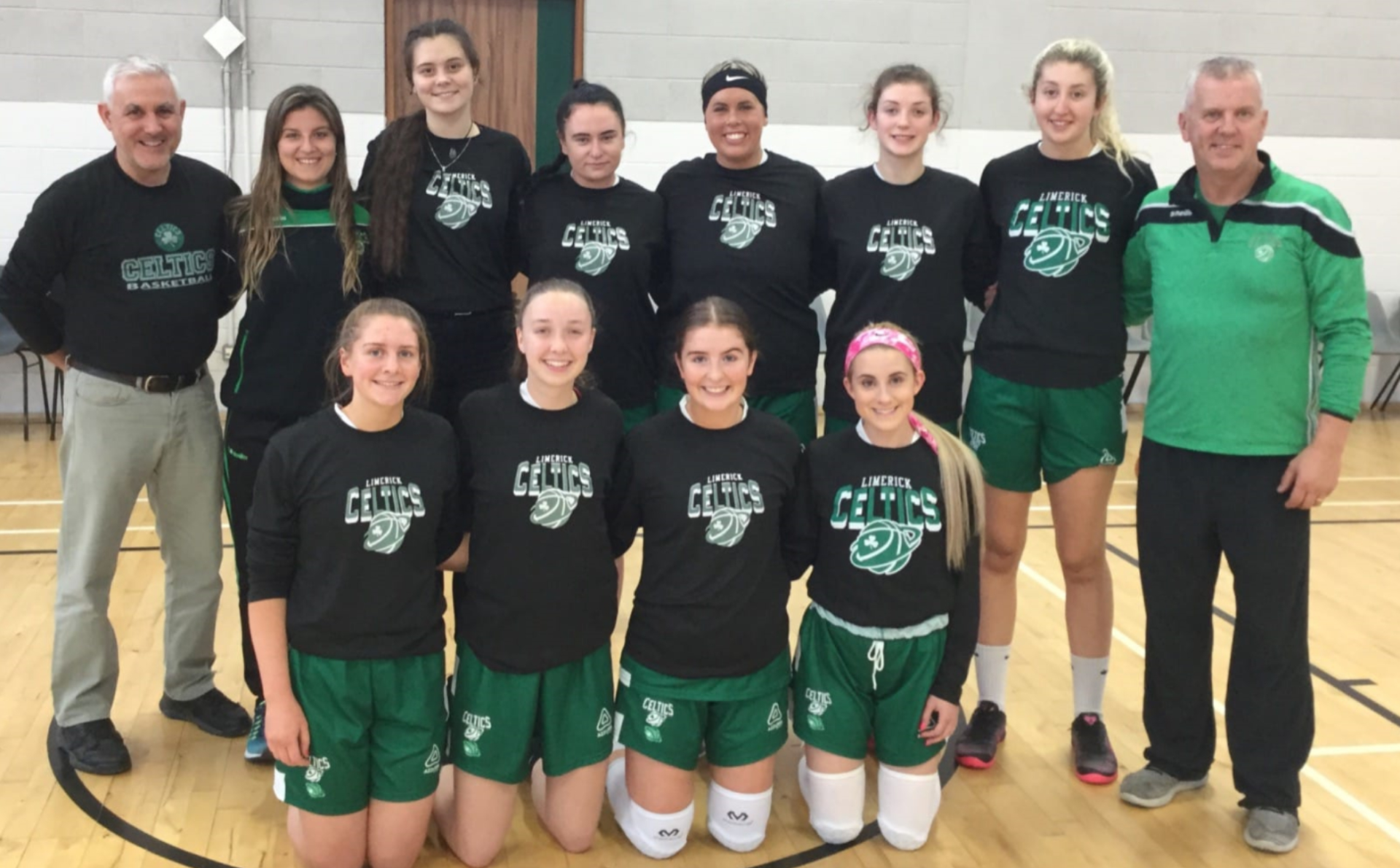 Q: How difficult was it motivating players when results weren’t falling your way?

“Our focus last season we simply on player and team development. We achieved success in both areas, so motivating these players was never a problem.”

Q: What have you been doing in the off-season to try and improve the women’s side?

“It’s been a very challenging off-season with Covid restrictions, but we are now back to training, so hopefully we will get a lot of work done in the next six weeks and be well prepared for our opening game in Portlaoise on October 17th.”

Q: And finally what are your ambitions for the club as a whole? Do you have a five-year plan etc?

“Yes we have a five-year plan in place and right now and we are in year two of this plan. Our underage boys and girls teams have gained a great reputation at a national level and their success in the European Glo Basket event, national tournaments and Cork competitions have definitely boosted the level and expectations of all of our club teams going forward. As a club Celtics are constantly working hard to ensure that this success at underage boys and girls level will grow into national success at senior level in the near future and we work very hard each season to ensure that all the supporting structures are put in place to help develop our Celtics players and teams to the full potential.”

You may also like: Bench Talk - Gráinne and Niamh Dwyer