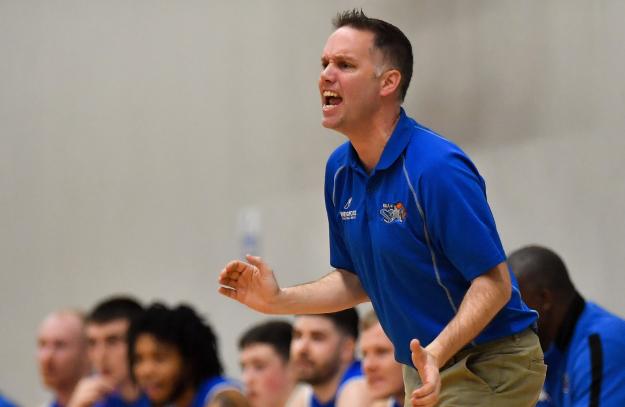 Last season Belfast Star ended a 21-year wait for a Super League title when they claimed the title in March, in Adrian Fulton’s second season in charge of the team. It was very much a family affair with dad Danny Fulton also part of the backroom team, while Adrian’s son CJ Fulton’s performances on the court saw him pick up the Men’s Super League Young Player of the Year award for the second season running.

Basketball Ireland spoke with head coach Adrian Fulton ahead of the new season.

Q: Why do you think it took so long for Belfast Star to reclaim the Men's Super League, having had such success in the mid to late 90’s with three national championships and back-to-back Super League titles?
“It's a very difficult and competitive league with lots of very good teams so that's probably the main reason. I would give credit to other teams. As far as Star goes, a lot of the players on that very successful team got old together and, even though teams that followed were regularly competitive, the club lost a lot of experienced players in a short space of time. Add in the fact that we lost some of our best young talent, such as Ciaran Burns, Eamon McElhinney, Chris Smye and Brian McCotter to universities and work in England and Scotland. Ciaran McVeigh was an outstanding young player who had to retire prematurely due to injury. Any club is going to find them difficult to replace.”
Q: The Fulton name is synonymous with Belfast Star, did you feel a burden of expectation on your shoulders when you took over as head coach? How did you deal with that?
“I didn't feel any burden of expectation at all. I simply wanted to serve the club as coach as best I could. So many people in Star have done so much for me over many years. Like so many clubs in Ireland it's a real team effort and our success is down to mainly the players, but also our club committee and in particular Bill McCotter and my Dad.” 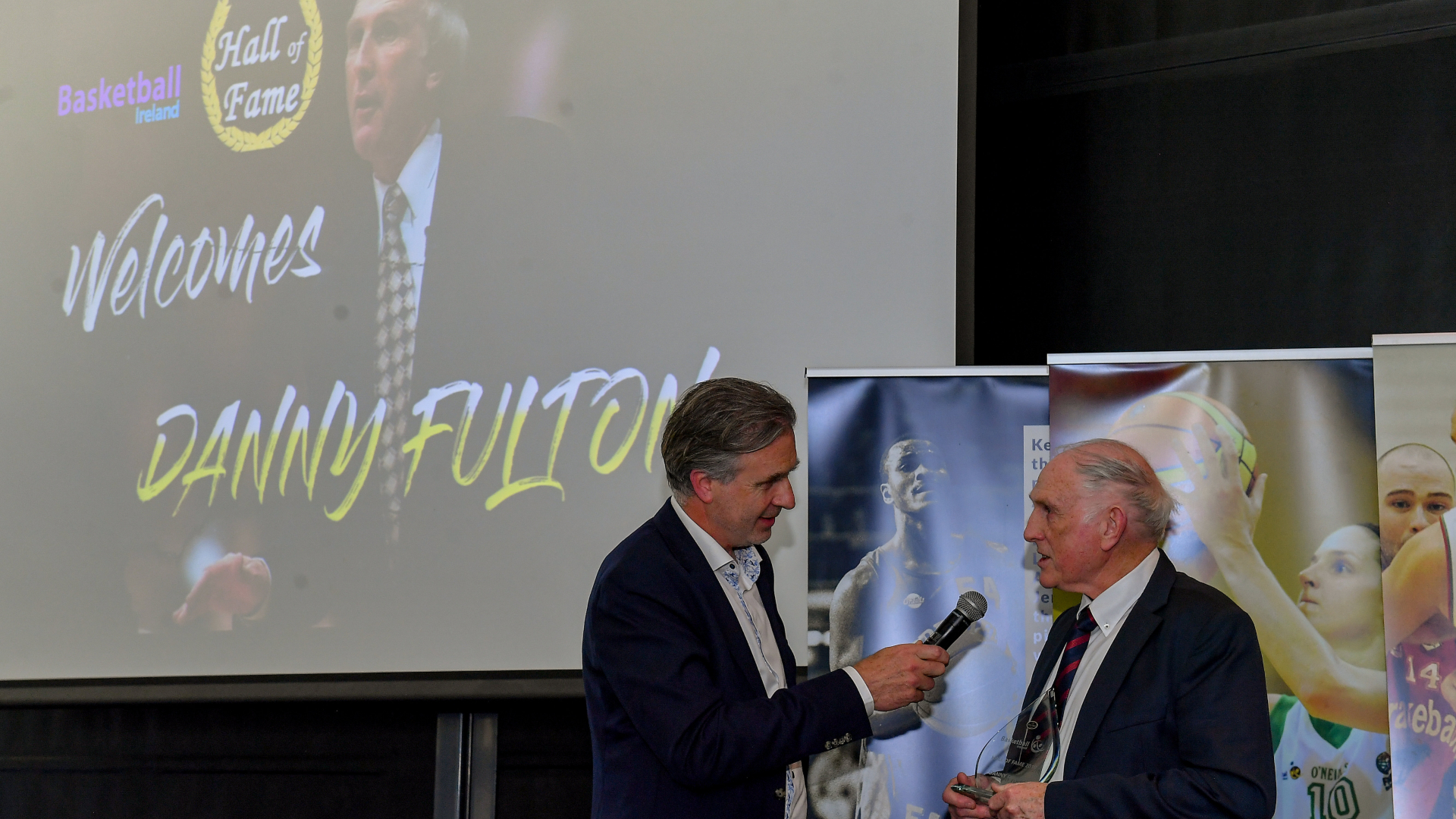 Q: You’ve won Super League titles as a player, how different was it winning as a coach?
“Nothing beats playing, but of course it's nice to win as a coach also. It was a strange finish to the season, so we didn't really get to celebrate the success. We played an entertaining style of basketball and our supporters were tremendous. The most satisfying aspect was that we did it with a terrific American in Delaney (Blaylock), but the vast majority of our players all came through our underage programme.” 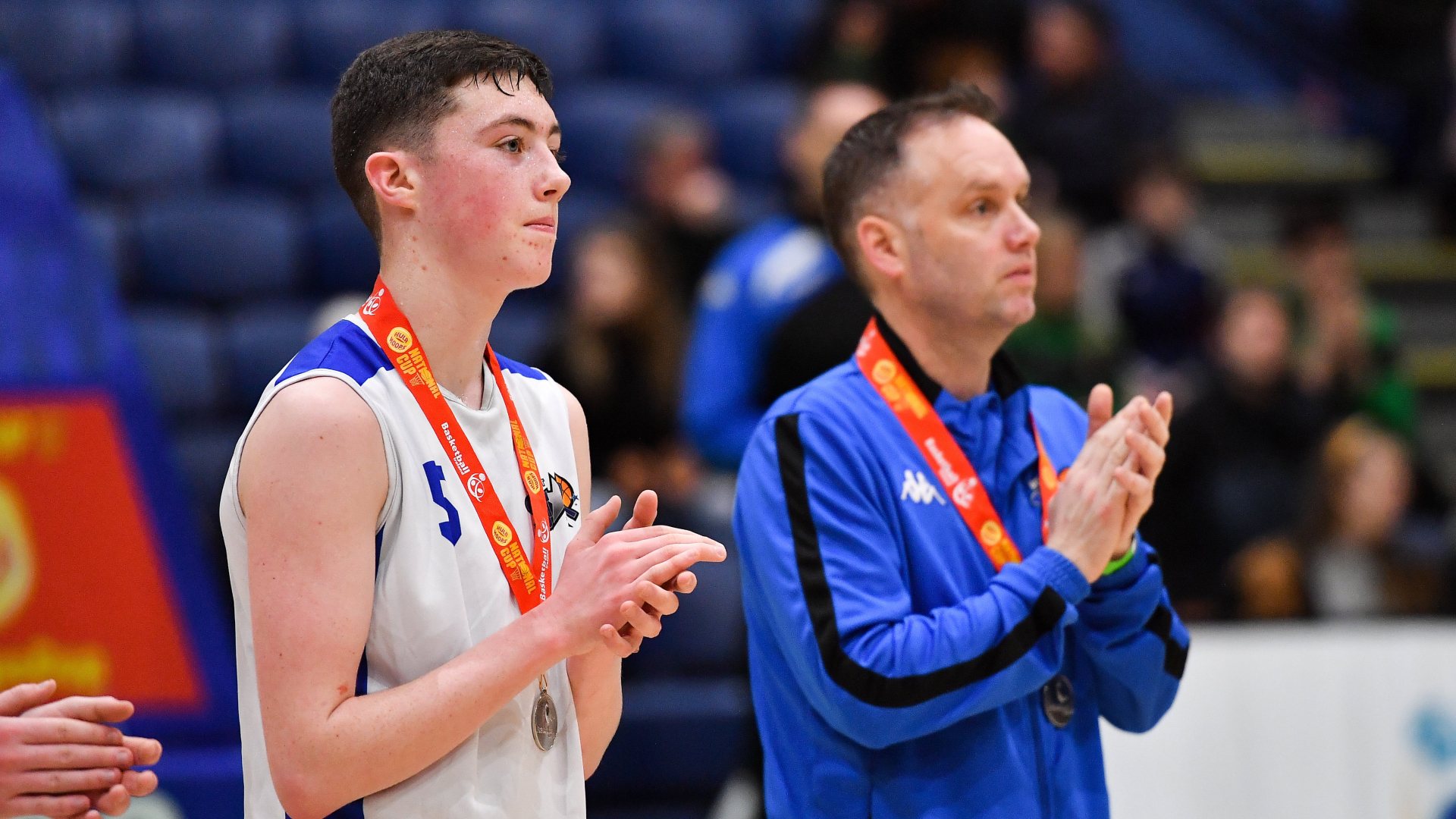 Q: Did Super League success last season mean more to you by virtue of the fact you had your dad Danny as part of the coaching team and CJ ripping it up on the court?
“For sure it was a very special season for our family. My Dad is still as sharp as ever in terms of reading a game. Both he and JD played a massive part in our success. CJ is blessed to have a great relationship with all his grandparents and having one granda on the bench keeping us both in check is great fun!”
Q: CJ of course won’t be with Belfast Star this season, with his move to the USA with Wichendon School in Massachusetts, how do you begin to replace someone who’s had such an impact on the team?
“Well we can't replace CJ, Keelan or Delaney, but that doesn't mean we can't be very good again. We will be different for sure, but there will be an opportunity for lots of others to build on their contributions last year and make an impact. CJ got his opportunity unexpectedly 2 years ago when both Conor and Aidan Quinn picked up serious injuries. Conor played with an elbow which required surgery two years ago and sat out last season until after Christmas. Aidan didn't play at all two seasons ago, having undergone wrist surgery. Conor is back to full fitness and Aidan has a season under his belt after missing an entire year, which will help us a great deal. We hope to be able to generate the same chemistry that we did last year.” 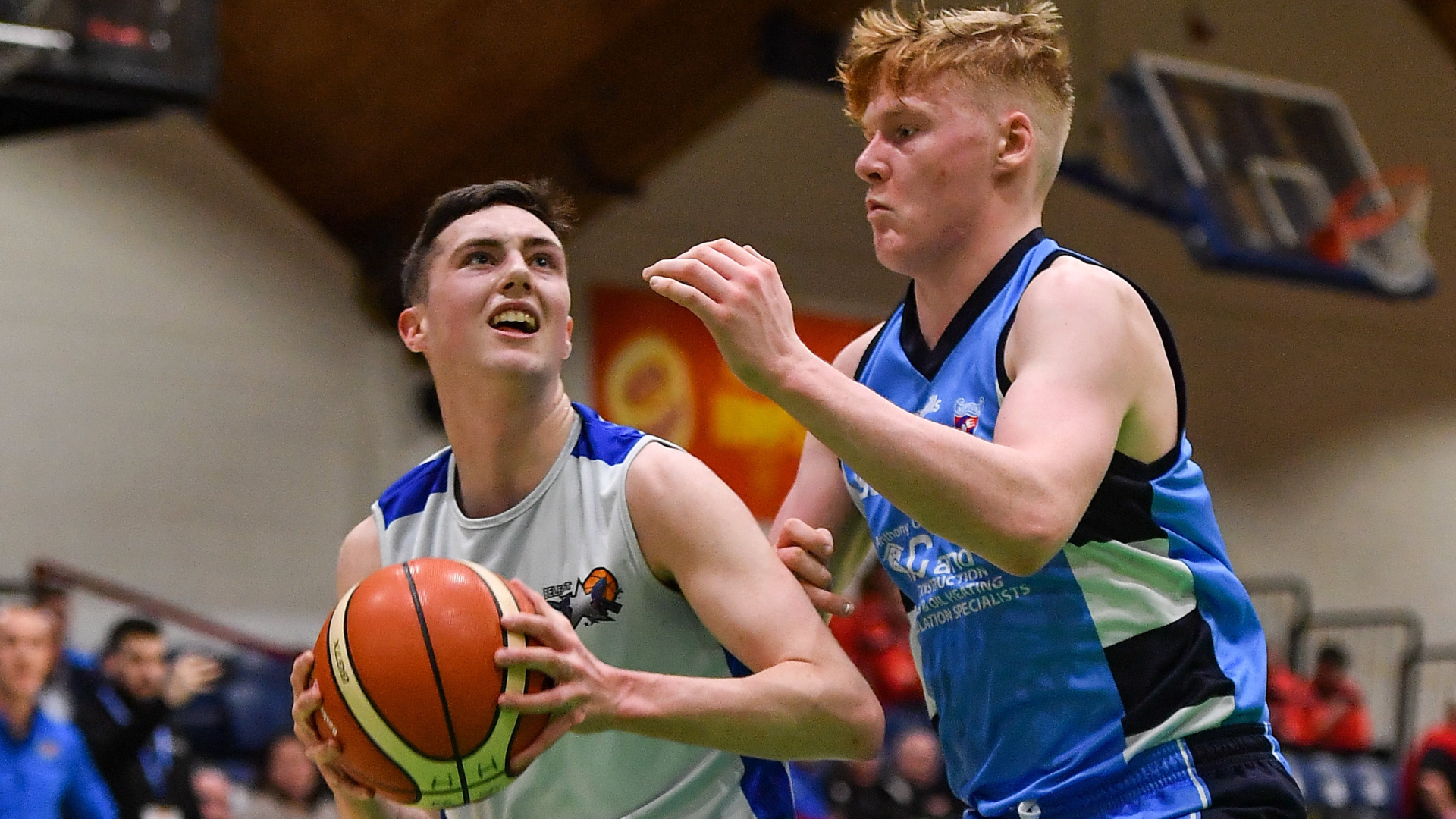 Q: Is it a mixed bag, as a club coach you don’t like to lose one of your key players, however as a dad (and obviously as a coach) you want players to achieve their potential? What aspects of his game do you think he can improve on with this move?
“Well as many friends of mine in the game have said, the Super League will be here if he ever wants to come back. It's an amazing opportunity for him to develop as a young person and also play for such an excellent coach as Coach Kehoe at Winchendon. Darragh O'Sullivan played at Winchendon last season and really enjoyed it. Both Darragh and his dad Tom have been very helpful in the whole process. Former National team coach Bill Dooley put us in touch with Coach Kehoe and we think it's a great fit. A major focus for CJ over the past 6 months has been trying to get stronger and more explosive. He was making great strides, but has been sidelined by an ankle injury for 10 weeks now. He is almost ready to start playing again and the first challenge will be getting his aerobic fitness up to a good level. All our senior players, such as team captain Conor Johnston, have looked out for CJ. In particular the 3 Quinn's have been great mentors and friends. He will certainly miss his wing man from when he was 7 years of age, Conor Ryan! CJ will have to learn to develop new relationships on and off the court and adapt to a different coaching and perhaps playing style. This will be good for his development. He has already been very fortunate to play for Pat Price, Mike Lynch and Paul Kelleher with national team programmes. We know he is in great hands at Winchendon. There are a lot of very talented Irish players heading to Prep schools this year and I believe they can all do well.” 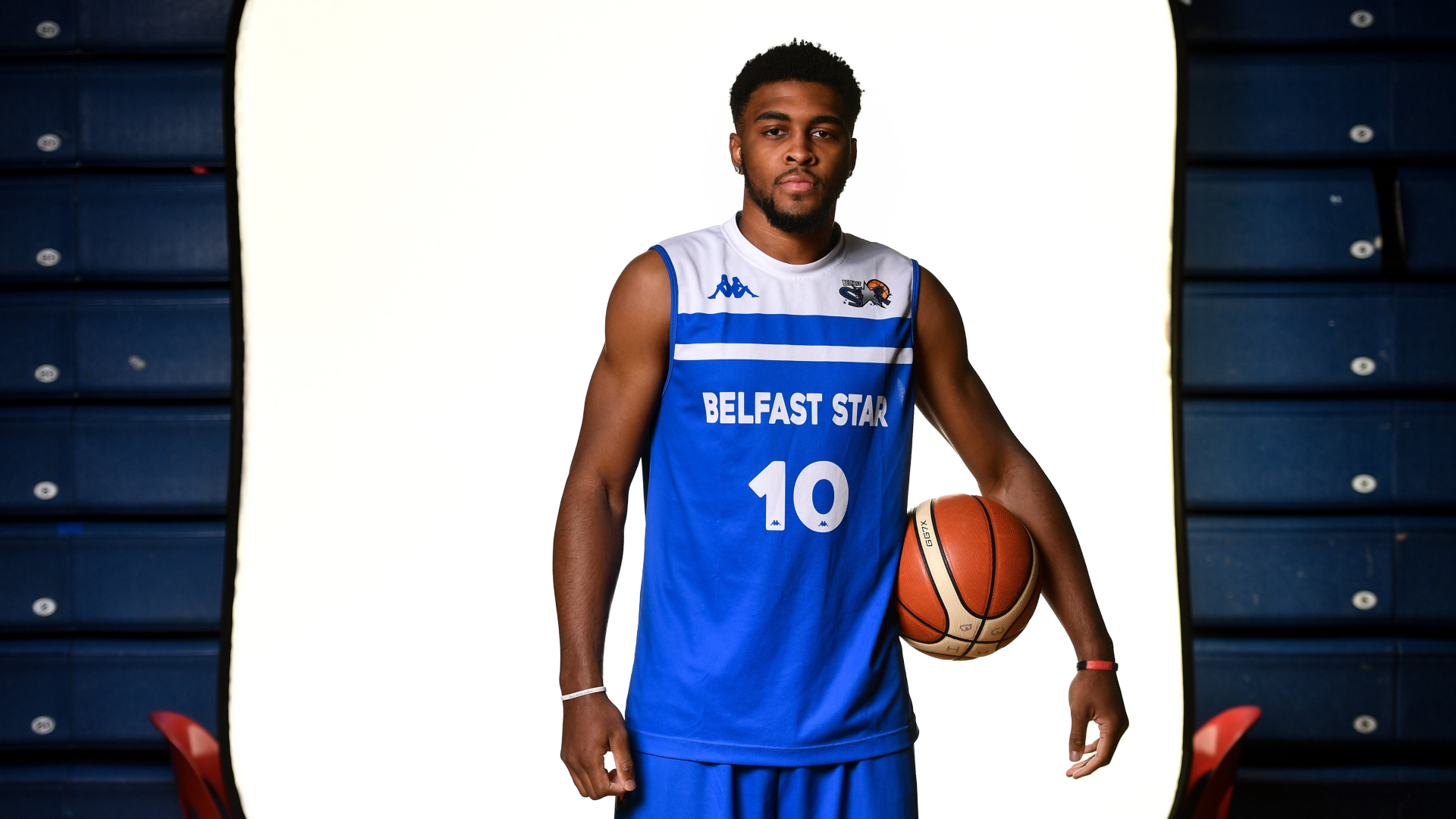 Delaney Blaylock, who has now moved to Ukraine to play with BT Odessa

Q: Another player who won’t be with you next season is Delaney Blaylock, after his move to BT Odessa, can we expect any marquee signings to help fill the void he also leaves? Are there any you can fill us in on?
“Delaney was just wonderful last year. A terrific player and a great guy. We wish him every success in the Ukraine and are glad that we were part of his journey. We have signed Jonny Foulds, a young English player who played in Germany last year with Adrian O'Sullivan. We think he will be a great addition to our squad. We have just signed an American, subject to a successful visa application. When we get confirmation of the visa I will let you know! All I can tell you at this stage is that he is from the same agency as Delaney!
Q: You and Phil Molloy have been involved with St. Malachy’s College too, which has been a good source of players for Belfast Star, are there any up and coming players from there that might make the breakthrough with Belfast Star this season?
“Yeah Phil continues to do a fantastic job in developing young players, carrying on the great work of his dad Brian and Paul McCrory when we were students in the College. Conor Ryan was on our squad last year, but didn't play a lot of minutes. He is developing very nicely and has a chance to play a bigger role this year. Conor McDonnell and Darragh Ferguson are both members of the squad. Conor and Darragh have both played for Ireland in the U16 European Championships and are also developing well. 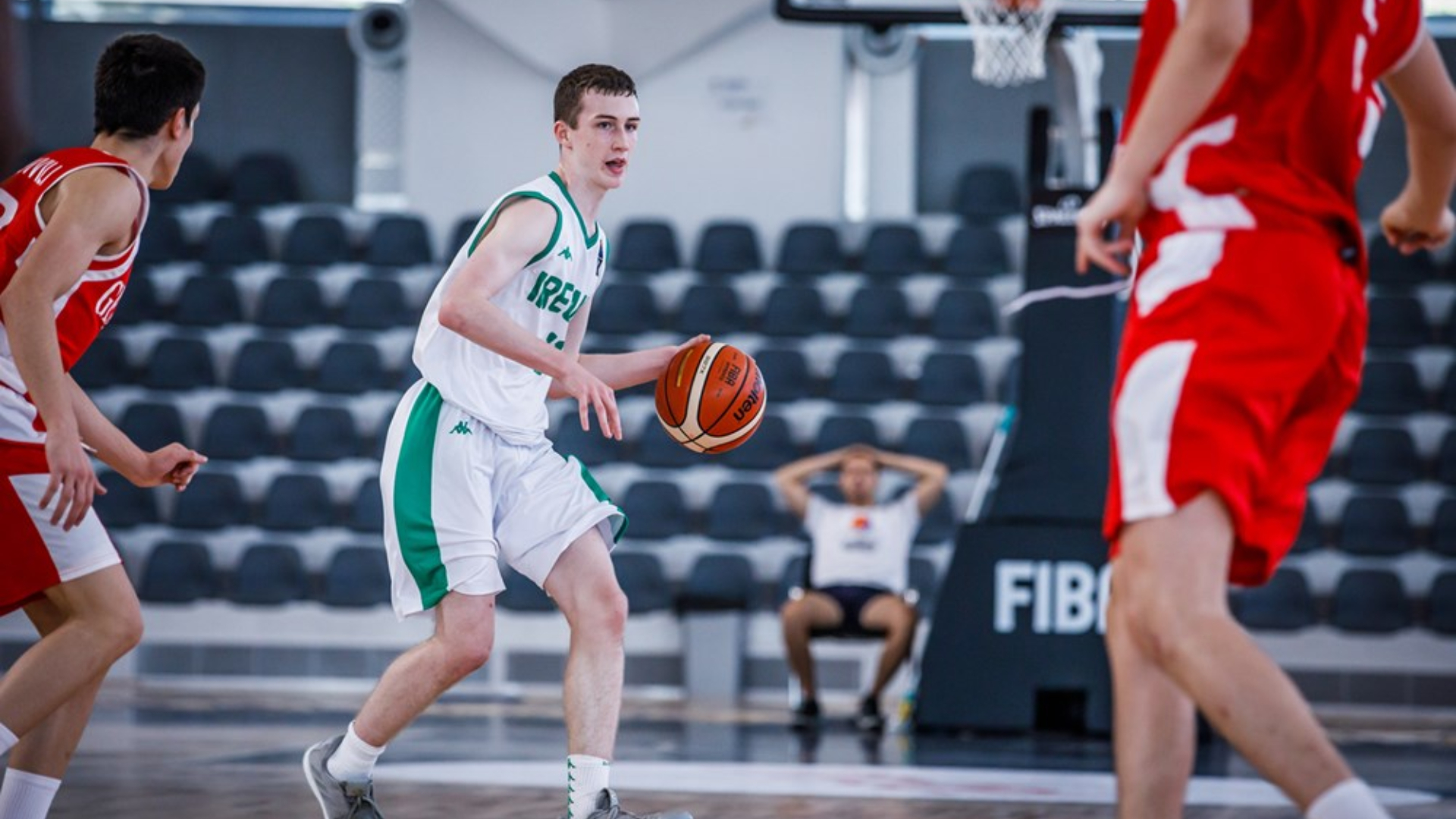 Q: Covid-19 has made things difficult for clubs across the country, what have been the particular challenges you’ve faced as a club during the off-season and as you prepare for this season?
“Access to facilities has been the biggest issue, although the club collaborated with St Malachy's on an outdoor basketball court project, so that was a massive bonus for our underage squads. We were able to run an outdoor coaching programme.
Q: Looking ahead to the new season, you’re in North Conference with five Dublin sides next season – DBS Éanna, UCD Marian, Griffith College Templeogue, Pyrobel Killester and DCU Saints – how challenging will that be, in terms of the opposition and having to travel to Dublin regularly?
“Well lots of travelling is just something we have to deal with. It's such a huge commitment on the part of the players to be away every other weekend. That being said, it's a lot easier than it used to be 30 years ago! As for the teams themselves, the margins have been so small the past number of years. They are all excellent clubs first and foremost. I'm sure they will put very good teams on the floor again this year as will teams in the southern conference.”
Q: There’ll be one man who has a bit more inside knowledge of Belfast Star, with Darren O’Neill now head coach at DCU Saints! What will he bring the club?
“Darren will bring a wealth of Super League experience having coached a number of different clubs at this level. His teams are always well prepared and very tough defensively. The fact that Darren has worked with a number of DCU players previously on the U20 national team will be a big bonus also.”
Q: And finally, you’ll obviously be the side that everyone will want to beat, by virtue of being champions, how big a feat would it be to retain your Super League title?
“Well the club may well hold the title of Super League champions and many of the players were on that team, but the team we put on the floor this year will be a different team. So the idea of us defending a title is not something that I am thinking about. It's a new season and I imagine a lot of rosters will have changed so it's not so much us defending a title as this team trying to win one.”