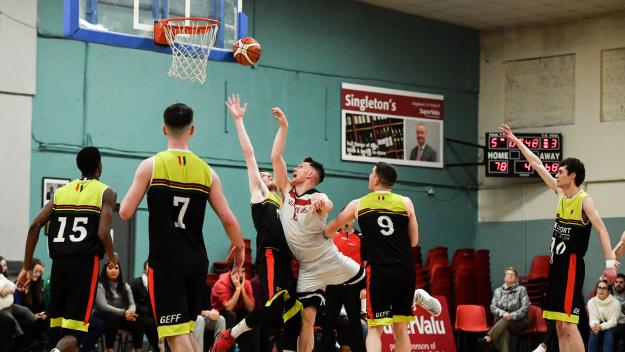 IT Carlow Basketball have been in the National League since 2015 when they entered a women’s team, it was followed a year later by a men’s team. Within two seasons the women’s team had been promoted to the Super League as Division One  champions and have been a permanent fixture since. One man who has been at the forefront of the club’s progress has been Martin Conroy, he is coach of both the men’s and women’s sides., and we caught up with him to find out about the club.

Q: IT Carlow Basketball competed at NBCC level before, what was the prompt to move up to National League basketball and who were the instigators?

“We played in the Midland League Division 1 with both teams. The Women played in a very competitive league, with (Portlaoise) Panthers and Longford Falcons in there too. We won the league in 2015 and with the Victory Scholars now onboard we decided that we would step up to National League Division 1. The Men also played Midlands and won the League, Cup and Top 4’s for a couple of years in a row, so we decided to put them into the Men’s Division 1. I suppose it was myself and our Sports Director, Donal McNally, that made the decision on both moving up. It was a natural progression I suppose.” 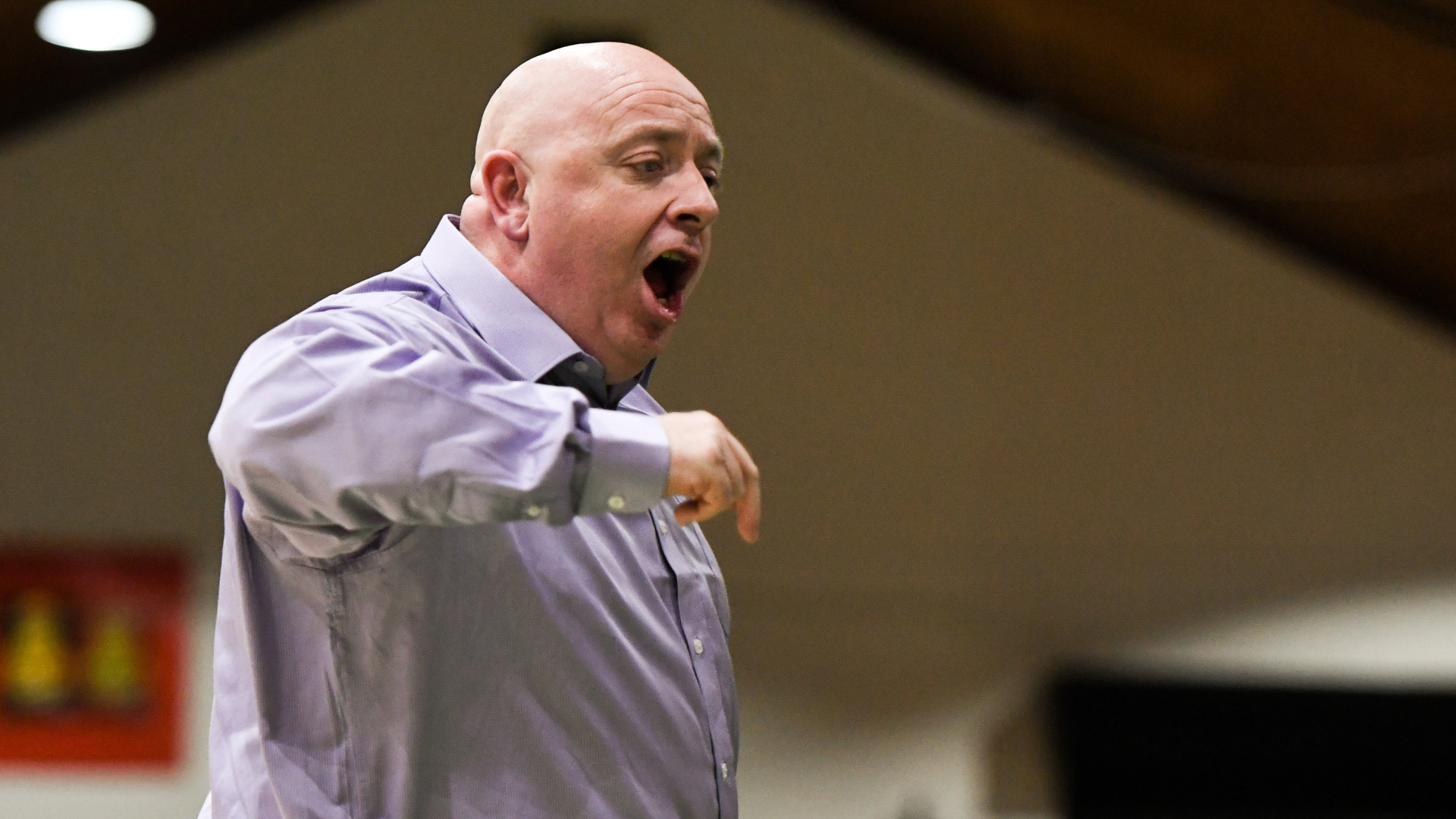 Q: You were coaching in the midlands before joining up with IT Carlow, how did that come about?

“I’m from Portlaoise and I had coached in Portlaoise nearly all my life. But it was after a year I had with Team Tegral Athy in the National League that the then Sports Director in IT Carlow, Carmel Lynch, approached me and asked if I’d like to coach the men’s college team. I showed up to take my first session and the women’s college team were practicing before the men, they had no coach so I asked Carmel if she wanted me to take both teams and the rest as they say is history! 17 years later I’m still here and loving every minute.”

Q: Many clubs have link-up with third level colleges, how does it work day-to-day?

“I can only really speak on how it works for us, which is awesome. It allows us use of the facilities in IT Carlow, which is major considering the price of gyms et cetera these days. It also allows us to have the Sport Changes Life Victory Scholars, which again is massive, as we don’t have to pay professional players to come play for us. The college get better players and that helps with the profile of our college. The profile would’ve been even stronger if it wasn’t for the lads from Ballincollig!”

Q: Are IT Carlow as an institution actively involved, or do they just let you get on with running things?

“The college are directly involved. Our Sports Director is unbelievably supportive as are all the Directors of the college. Sport is huge in IT Carlow and the Institute believe that sport and academics go hand in hand. We’re very proud of all our sports in the college and have links with lots of clubs and county teams in our area in all different sports. 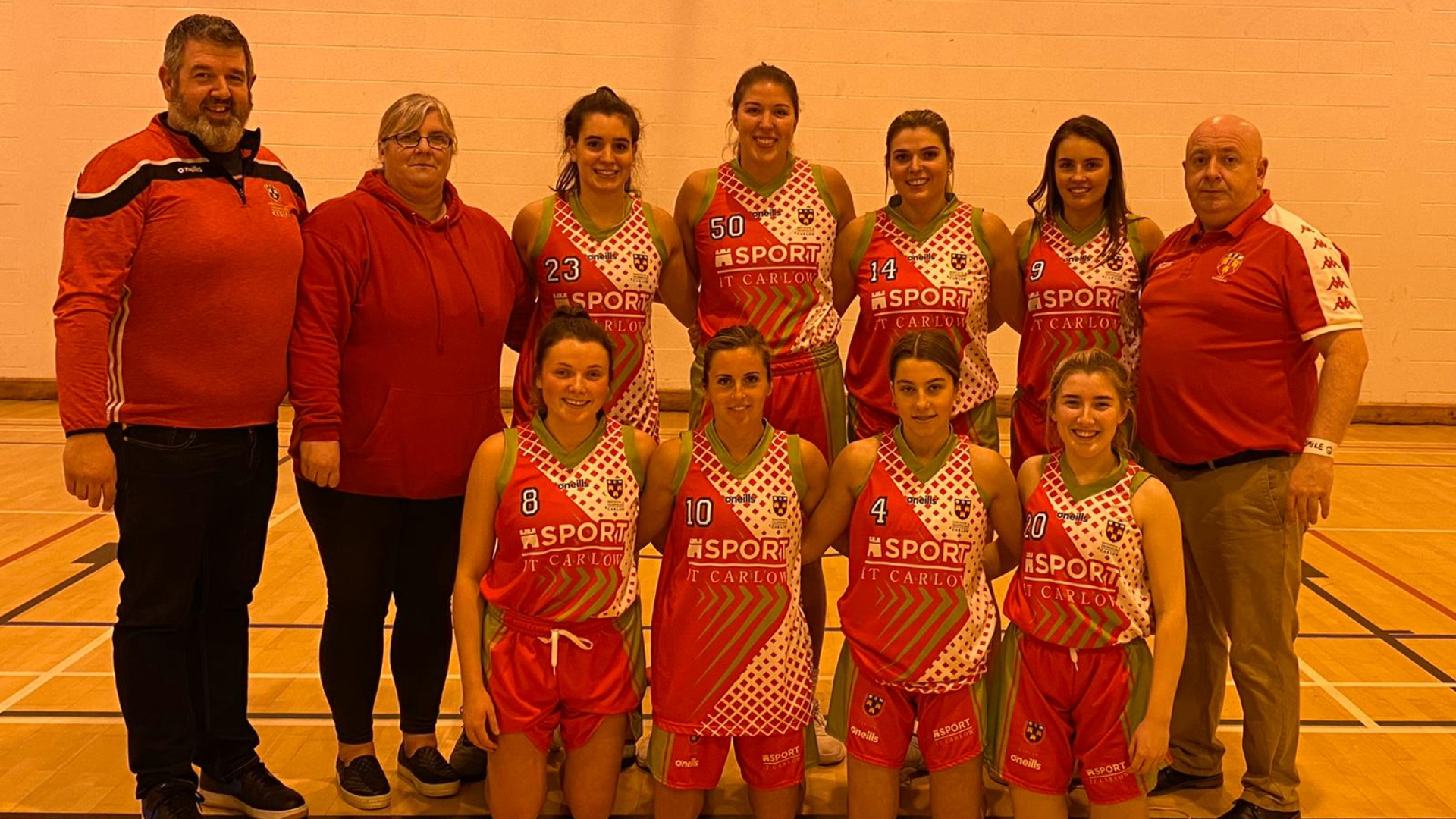 Q: Within two seasons with the women’s team you’d been promoted to the Super League, did that exceed expectations?

“Oh God yes. We had a five-year plan to develop the club and have both teams in the Super League. We were blessed with some amazing players the season we won promotion and some of those players are still with us today, like Megan and Holli Dunne. We still have a year to get the Men’s team to the Super League so we’ll see how that goes.”

Q: We recently spoke to Tony Hehir at Limerick Celtics, another who is coaching both the men’s and women’s National League sides, what are the difficulties juggling both, along with your role as head coach of Ireland’s U20 women?

“The real difficulty is before the season starts. It’s going to other clubs when the draft fixtures come out and asking to swap fixtures, or asking them to move from one day to another. Once that’s done it’s not to bad. I found the double headers harder to handle last season, but that’s what I’m here to do and you just get on with it. With regards to the U20’s it’s not an issue. We try to make sure that none of the players have to worry about practice till the Super League and National League are over and we also want to give those players who are in college and away playing basketball in other countries time to get finished exams and get home, so our practice starts in May and continues right up to the weekend before we leave for the Europeans.

Q: Do you ever fear burnout, as coaching at elite level must be draining, what do you do to manage that?

“If I’m being honest I have to say yes. I also coach both the college teams and as I said it took a different toll on my body last year. When you’re down in Killarney on a Saturday night and you’re getting home at 12:30 and then you get stuck into watching the game back on tape until 4am knowing that you’ve to be in Cork on Sunday at 1pm and do it all over again that day it can be challenging. But I live for and love the game and the day it becomes a chore, I’ll stop doing it. I play golf to relax and I find this helps me recharge the body, but the mind is always thinking about basketball.

Q: Let’s chat about the women’s team, last season was tough with two wins, what tweaks are you making for this season?

“It was very tough last season, but more so for the players themselves. The two wins we did get were emphatic and secured our spot in this season’s Super League. But we also played a lot better in the second half of the season and gave some of the big teams a run and that again was down to the players and the fantastic attitude they had. We’ll get caught bad in some games, but if you’re playing our teams you know you’re gonna be in a fight till the final whistle. As for this season we’re going to have a very young squad, but a very exciting squad for me. We’ve brought in some very talented younger players and with the experience of the girls we have and the two excellent Americans we have, we are looking to have a fun year. “ 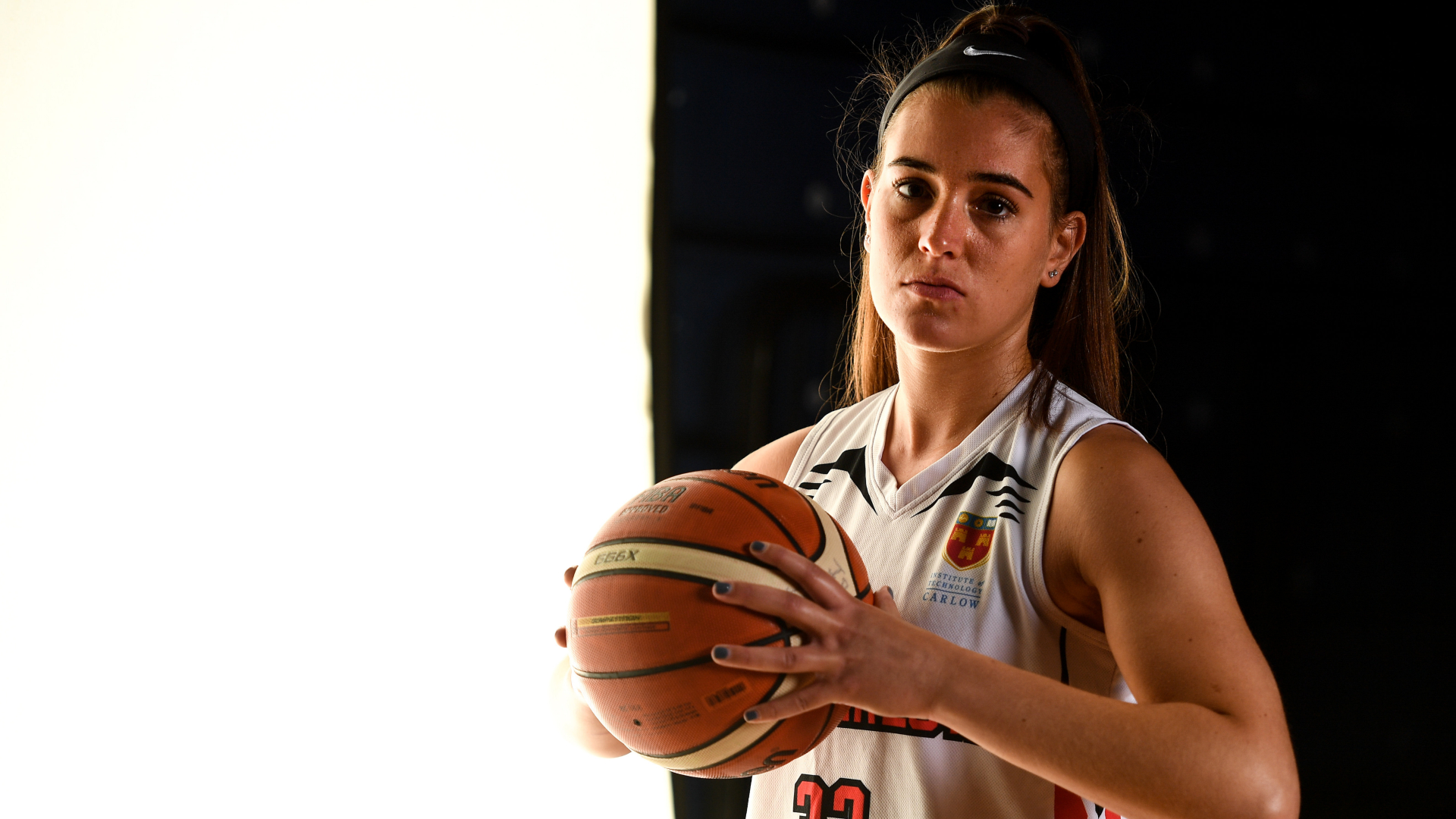 Q: No doubt there are some new players coming in, can you fill us in on some of your signings for next season’s Women’s Super League, or any underage players who you expect to make a breakthrough into the set-up?

“We’ve re-signed Alyssa Velles who was the 4th top scorer in the league last year. We’ve signed D’Jhai Patterson-Ricks from Sport Changes Life and we’ve signed the Coogan sisters - Ava and Lucy - from Kilkenny Stars. We may have one or two more in before the season starts. We’ve a lot of young eager kids practicing with our Women’s Super League Squad and they’ll get their chance to play at this level over the next few years, which is fantastic. 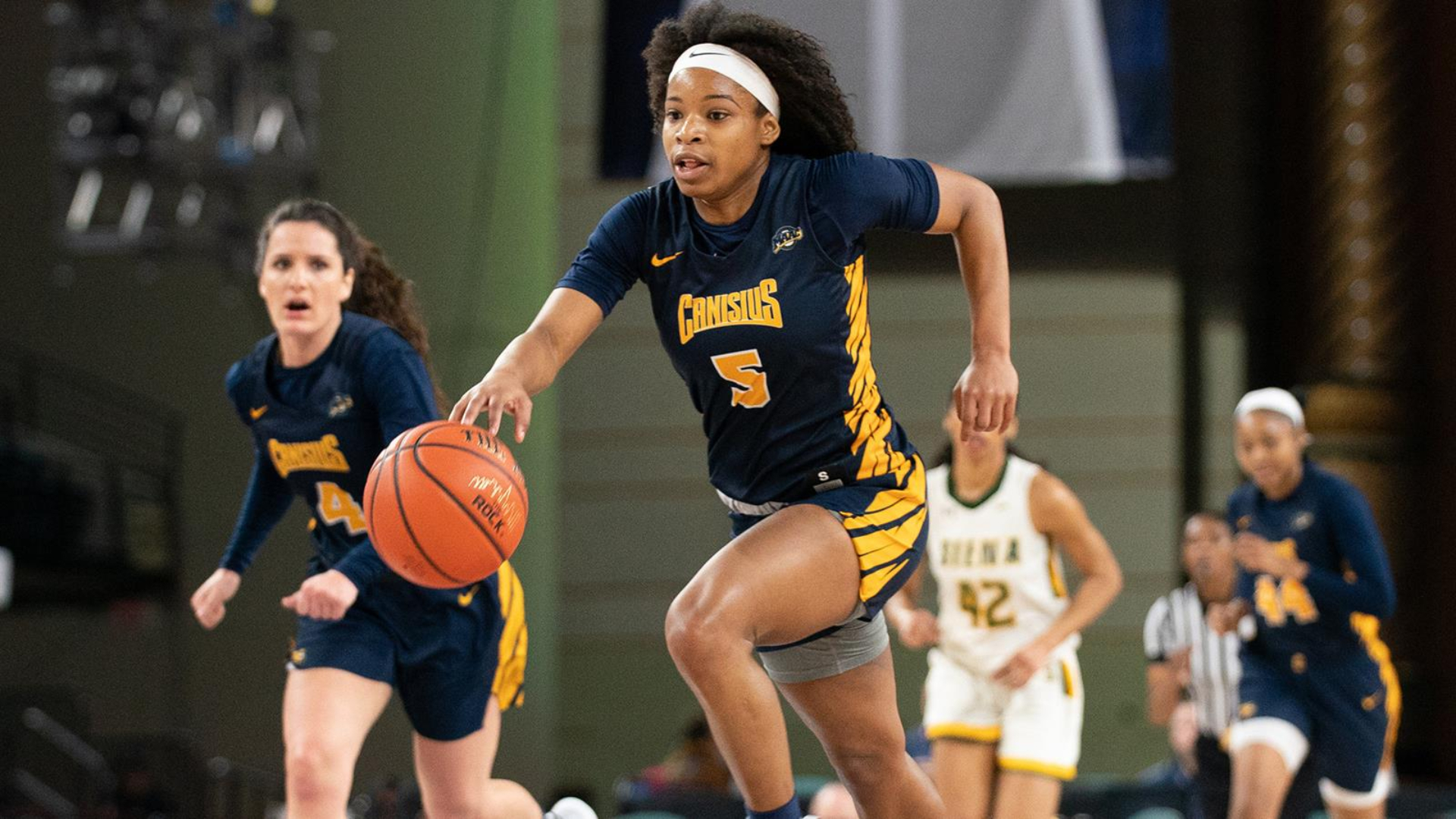 Q: You’re going to be competing in the North Conference with Super League champions DCU Mery, along with Pyrobel Killester, Trinity Meteors, Leixlip Amenities Liffey Celtics and Maree – that’s four of the top-5 from last season, just how difficult do you expect the Conference to be?

“Well you’ve kinda said it yourself it’s four of the top five from last year and the other team won Division 1 and has some fantastically talented players on its roster. We’re going to be small, but we’ve got great players down here too and will be ready for the challenge of playing against these excellent clubs. 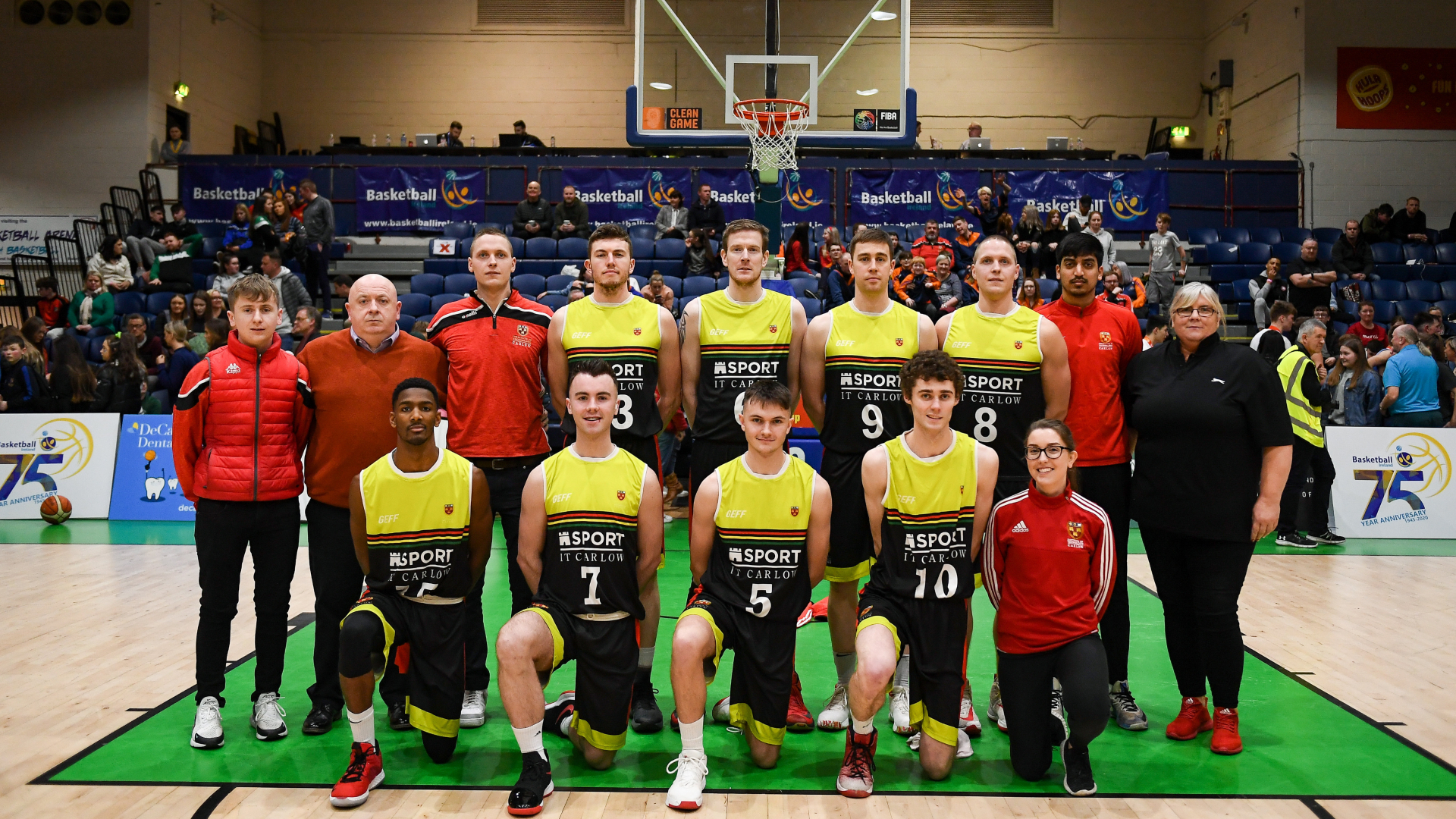 Q: Let turn our attentions to the men’s team. They finished fourth in Division 1 last season, would you be hopeful of a promotion push this season and what extra ingredients do you need to achieve it?

“I think we’d have got the 3rd spot had we finished out the season. We have a habit, a bad habit of losing games early in the season. We need to be ready for the start of the season this year if we’re to be seriously thinking of promotion and I’ve absolutely no doubt that we’re ready to go. We’ve nearly every player returning from last year’s squad and have Andy McGeever and our new Victory Scholar Nate Schafer coming into the team. We’ve also got Armand Vaikuls back after injury and Julian O’Keeffe back after his tour of the Lebanon. We’ve always been there about's, so we’ll see what happens this season. 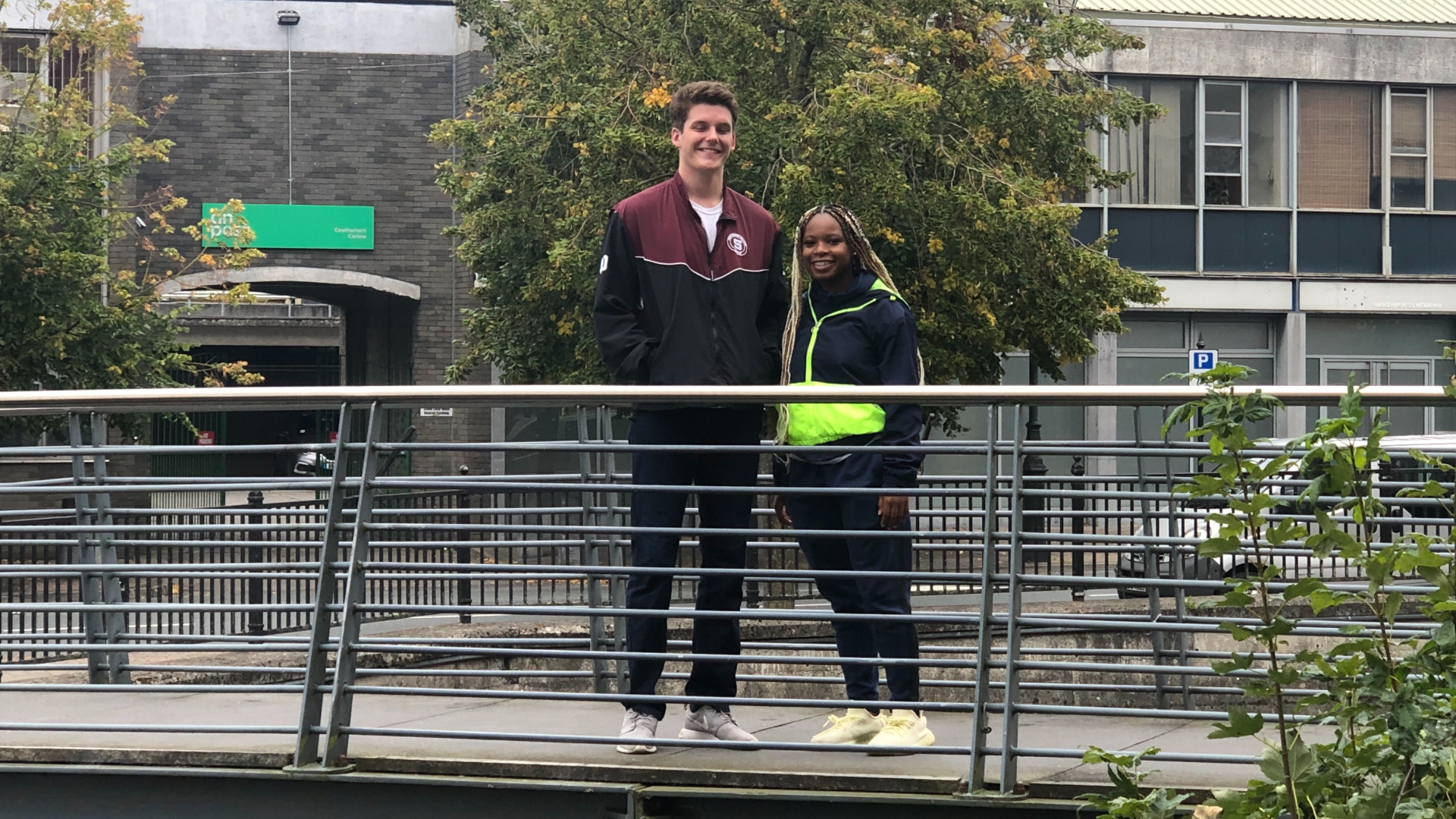 Q: The men’s team are in the South Conference, with Scott’s Lakers St Pauls Killarney and Killarney Cougars, Limerick Celtics, Limerick Sport Eagles, Fr. Mathews, WIT Vikings and Portlaoise Panthers – there will be plenty of travel involved, is that your biggest challenge?

“Ah we’re used to the travel at this stage. The biggest challenge is the teams themselves. The teams in our conference are always very tough. They’re all gunning for the same thing and that’s to win the league and truth be told, any of us could do just that. And the North Conference is no different. There are some class clubs on that side, so when comes time to play against them we all need to be ready. It’s just fantastic that we’re even talking about playing these games, with everything that’s going on right now and our attitude is that we respect every single team we play, but we won’t fear them.”

Q: And finally, are there any players that you’ve signed, or who’ve come through a feeder club that we should watch out for?

“On the Women’s side we’ve signed a number of players and all of them will make us a better team and we’ll be fun to watch. With the Men we’ve a few old characters and then some very talented young guys and if we get the blend correct then again this will be a fun team to watch. I suppose what I mean is that we will always put the team before the individual.