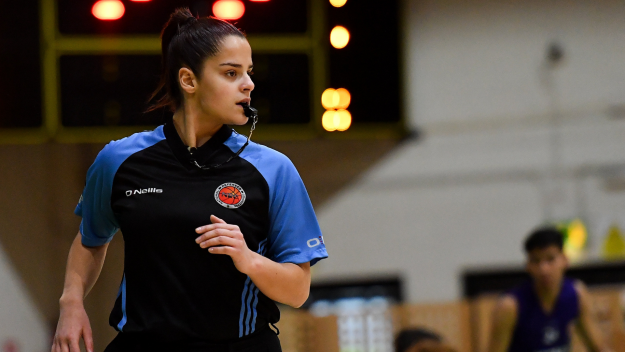 Over the coming weeks – and as part of our ‘Dream Big’ #SheGotGame women in sport campaign - we will be featuring a host of female referees who are currently (or have recently been) refereeing here in Ireland, to learn about their background, their refereeing careers and any tips and tricks they have for new referees.

This week’s feature is on Sara Guebaili. Basketball Ireland also have a number of upcoming webinars taking place with all the details available to view below.

Check out our Q&A with Sara below.

I referee all levels of basketball such as underage, Dublin League, National League and Super League.

Basketball was always a huge part of my life, I spent every weekend since a young age either training, playing or watching basketball games. I started playing basketball from a young age with Swords Basketball club and later moved to DCU Mercy where I was coached by Joan Black. I started with DCU from U16s and our team became Cup and League winners all the way up.

My mother started to referee when I was playing underage and motivated me to want to do it myself.  My brother Tariq started to referee the year before me, they both enjoyed it a lot and of course I couldn’t be the only one in the house to not referee. 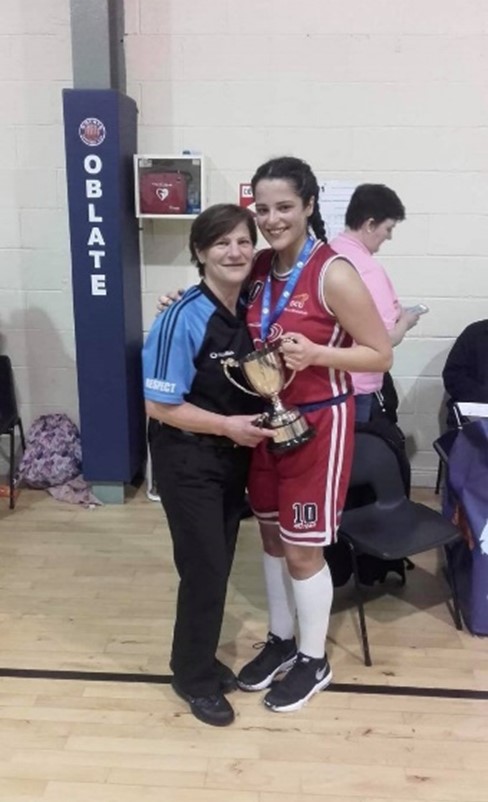 I have refereed all types of games such as; school games, school cup finals, underage games, local league games, National League games, Venice masters and I am currently living in Dubai and have just started refereeing in a local Dubai league. I refereed my first National cup final this year, it was a privilege to referee such an important game in my second year of being on the national referee panel. 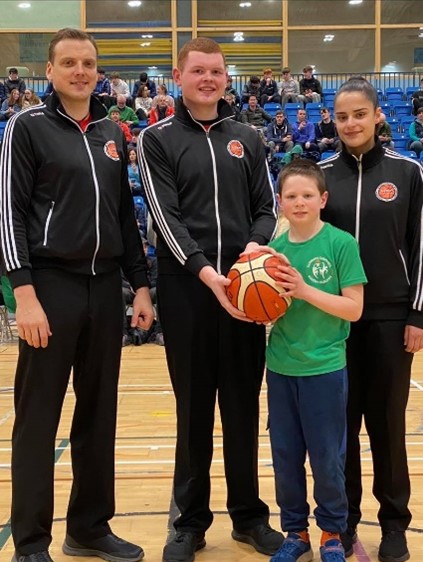 It is very hard to narrow down one individual as my role model. Before I started to referee, I always looked up to all the National League women referees such as Lynda Cassidy, Catriona White, Emma Perry and Tara Dunphy and now it is an honour that I am now refereeing alongside these ladies and they have helped me so much in not only my development but to really enjoy what we do since I started refereeing at the highest level.

Communication is key, they are only learning so if they ask a question or are confused about decisions or calls it is important to be able to communicate and explain why you made the decision.

I would try involve young teams in as many tournaments as possible. When I was a teenager playing basketball, I loved weekends away with my team mates, not only because there were so many games to play but because you get to spend all day and all night with your teammates and really build a connection with them and have a lot of fun. 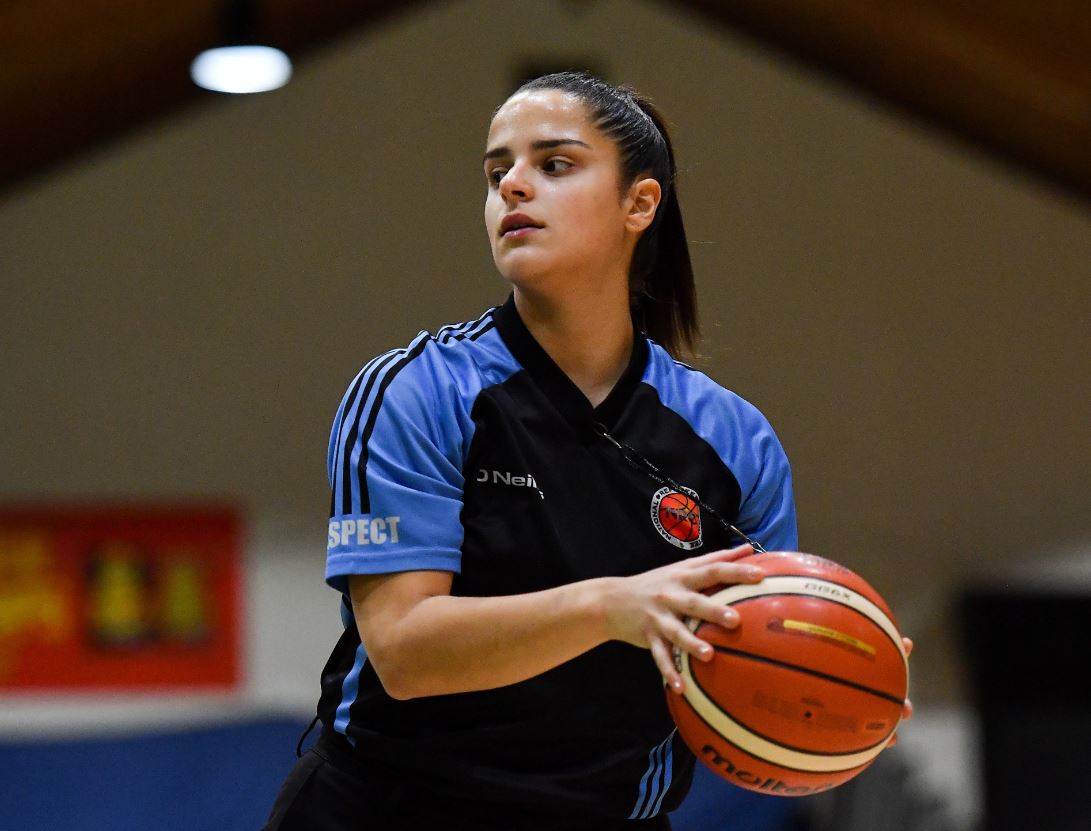 Don’t take anything personal, people will complain no matter how good you are, it gets easier to handle any sort of critic and there is always guidance and help. You are never alone.

My first National League game was very nerve wrecking, but once the ball was thrown up I realised it was just another basketball game and it was nowhere near as bad as I thought it would be. Of course I was still nervous, but I was never thrown in the deep end at the start, I was always refereeing with a more senior referee in my first few games so they always put me at ease and protected me on the court.

Just go for it, it was the best decision I made. I was only refereeing two years before I stepped up and I was so nervous. I didn’t have the confidence and belief in myself. I got so much support in the first year I started and learned so much. You are not alone and if you ever have a bad game or even one debatable call, there is always people there to help and guide you. 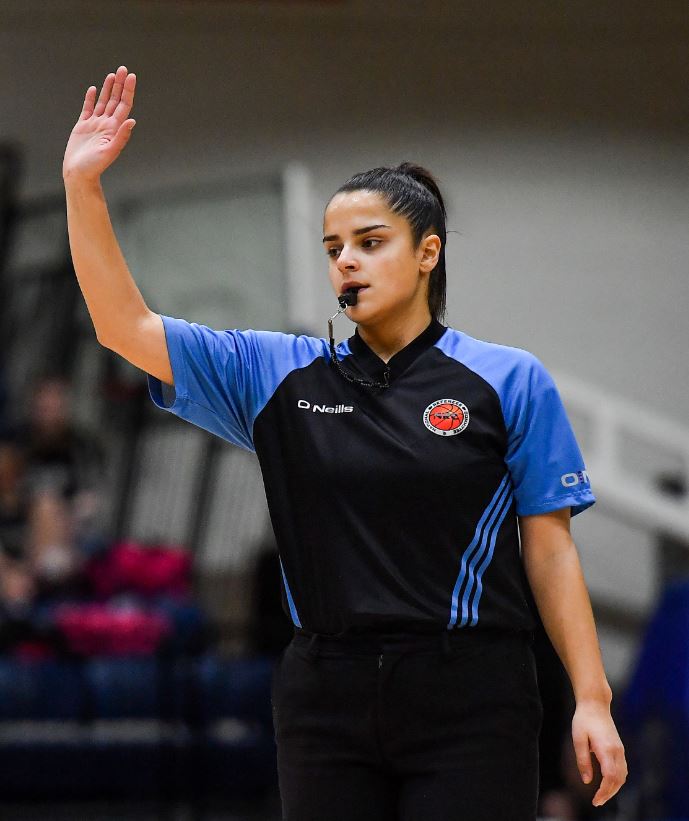 There are new rules to the game every year, the game is constantly changing and developing, all experienced referees need to keep an open mind.

I have noticed a lot more younger referees refereeing the higher-level games than previous years, and a greater emphasis has been put on the development of young referees, which is great.

It would be great to see more young referees moving up to National League level, as Niamh O’Callaghan says ‘refereeing is not only for players who have retired’.

As a player I have learned to love the game. I have learned that it is not always about winning or losing, it is about putting 100% into each training session and each game as a team and seeing the rewards from putting the work in.

See below upcoming webinars that will be hosted by Basketball Ireland National Referee instructor, Paul Dempsey. To register, email paul.saxafone1@gmail.com. 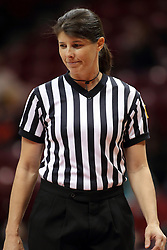 -Tuesday, 24th November at 7pm: FIBA Referee and Tutor from Portugal, Sonia Teixeira. Topic to be confirmed ahead of the 24th November. 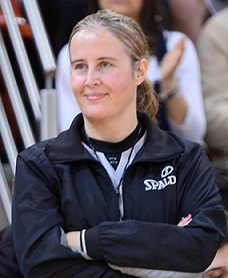 Basketball Ireland have a homepage for your refereeing education and development requirements. This page contains all relevant FIBA documents along with training videos and additional material supplied by Basketball Ireland FIBA National Referee Instructor, Paul Dempsey to aid your development/education. Click here to view the page.