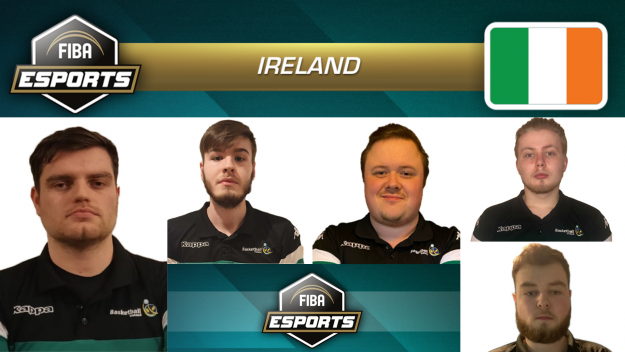 Basketball Ireland has announced its 5-man team for the FIBA Esports Open, as Ireland prepare to compete at an international Esports tournament for the first time in history this weekend.

Ireland will be captained by Mick Curley, who plays basketball for Glasnevin and is a former Ireland U16 squad member. Players from Dublin, Kildare and Meath have selected in the team.

The FIBA Esports Open is a global Esports competition, played using multiplayer mode on NBA 2K21. Ireland will compete in European qualifiers this weekend and have been drawn in Group 2 alongside Cyprus, Austria and Turkey. Their first match is against Cyprus at 4.30pm on Saturday, followed by a contest with Austria at 7.10pm. They face group favourites Turkey on Sunday at 12.15pm. The top two teams from the group will progress to the knockout stage, which will also take place on Sunday. Each of Ireland’s games will be streamed live by FIBA with full commentary and can be accessed here. 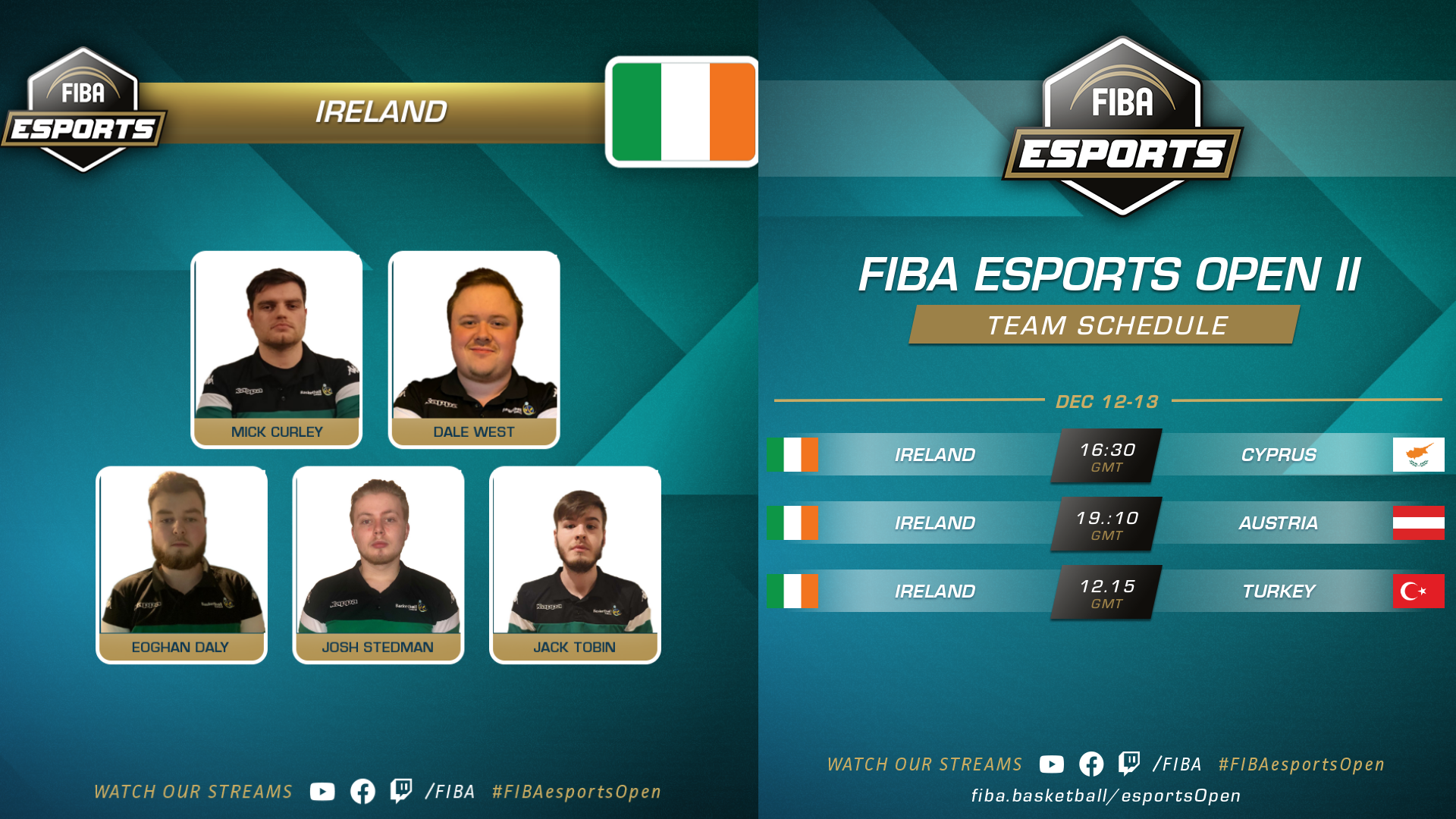 Ireland captain Mick Curley, who hails from Dublin, won the inaugural Basketball Ireland Esports Championship in May. On the court he has won National Cups at underage and senior level. This will be his second time representing Ireland, having been a member of the Under-16 squad in 2016. Off the court, he is a full-time NBA 2K player with over 220,000 subscribers to his YouTube channel. He will be playing as a power forward, with three-way scoring abilities.

At the shooting guard spot, Ireland will have Dubliner Dale West. The 26-year-old’s character is a perimeter lockdown defender.

Eoghan Daly is a 22-year-old TUD student, from Sallins in County Kildare. He will be playing using a glass cleaning lockdown defender at the power forward position.

Josh Stedman is originally from Kildare, but is now based in Carlow. The 19-year-old works in retail and he will be using a ‘paint beast’ power forward.

The final spot on the team will be Jack Tobin, from Meath. The 19-year-old is the team’s point guard and will be playing with a playmaking shot creator.

Speaking ahead of the championships, captain Mick Curley said: “We're excited to represent Ireland in the FIBA Esports Open. We’re looking forward to testing ourselves against some of the best teams in the world. We've been practising a lot as a team and have been improving day-by-day, so hopefully we'll be able to get a few wins under our belt.” 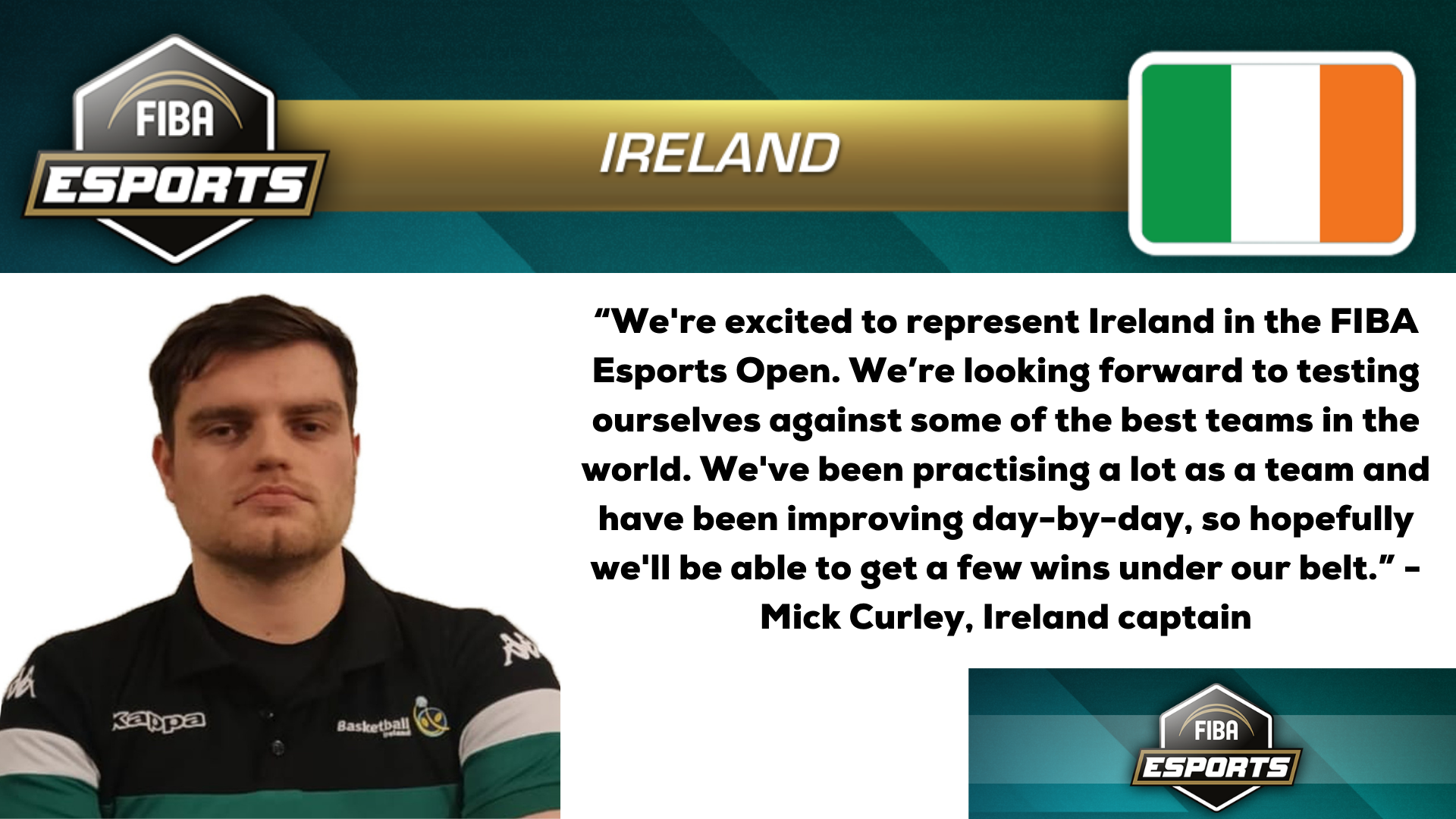 Basketball Ireland chairman, Paul McDevitt, added: “It is hugely exciting to see Ireland competing against the world’s best in the FIBA Esports Open. The team have been working hard to prepare for the tournament and we wish the team the best of luck.”