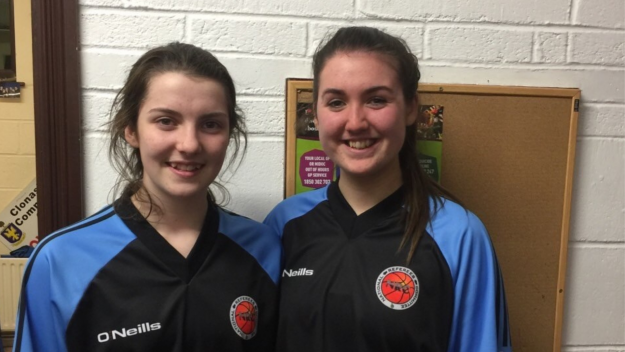 I started playing basketball with Portlaoise Panthers basketball club when I was ten and continued to play until I was 18. Whilst doing the leaving cert, I had to choose between playing and refereeing so I chose refereeing because of the flexibility it gave me.

Shay Dooley, the chairman of Portlaoise Panthers encouraged me to attend the Intro referee course when I was in Transition Year, as he has done with all young players that go through the club.

Coming through the Midlands Area Referee Association, you get the opportunity to referee all kinds of games, from AICC finals to U12 friendlies. Joe Keenan, Jacek Malysko and Gediminas Simkus played a very active role in guiding me as an intro referee and encouraging me to take the next step, always partnering me up with experienced referees so every game was a learning game.

Martin Conroy from Carlow IT asked me to ref at his Super League pre-season tournament last season and that was a fantastic experience. I got to ref with Joe Robinson, one of the best referees in Ireland and I learned so much that weekend.

WOW, so many, where to start! When I was selected for the referee academy, Martin Mcgettrick became my mentor. I’ve always admired Martin’s style of refereeing, his calm demeanor on the court, strong decision making yet respect to all players and coaches sets him in a class of his own.

Jamie Dooley is another referee I admire. Seeing him referee at the World School Basketball finals in Crete was just amazing and I was really happy for him because he works so hard at the game.

When I started out refereeing Midlands Senior games, John O Connor was very generous with his time and knowledge.

I loved refereeing National League games with Tara Dunphy; she has so much experience and I really enjoyed being her co-official.

In juvenile games I feel it’s very important to explain the calls/rules in a non-aggressive way, we want juveniles to enjoy the game alongside learning the rules.

It can be very tough particularly in exam years but your teammates are your friends and are going through the same situations as well. Also, there are many different routes to take in sport so, I’d say get involved in coaching, refereeing, table officials and find where you're most comfortable. Staying involved in your club in whatever way you can is great.

Dive in at the deep end. Try and referee as many games as possible, the more games you referee the more confidence you get. Listen and take on board comments from more experienced referees, they know what they are talking about!

Oh my god…I was a nervous wreck! How I dealt with it was, I researched both teams, looked at the team stats/videos, talked out the game in advance with Martin, my mentor, preparing me for the game, going through every detail step by step. In the lead-up to my first game, I attended games with Martin and we would go through each call so when the day finally came, yes, the nerves were there but I felt prepared and that gave me confidence.

A successful game is a game where it runs smoothly, no one is injured. A lovely plus would be if nobody gives out but not everybody is going to be happy, a team has to lose but once it’s as fair and equal as possible, I think that’s a successful game.

Success in broader terms is good feedback from your mentor and looking back at how far you have come. Two years ago, I would have never thought I could have the confidence to referee National League games but here I am. I’ve a lot more learning to do but I’m very pleased with my progress to date.

How important do you think it is for referees to keep learning and developing regardless of the level of experience?

It is the most important aspect of being a referee. Continuous learning, watching back games, being confident at self-analyzing your games. Players are improving their game continually so referees should also continue to improve their game, which will make the game better for all. During lockdown, Paul Dempsey arranged weekly webinars with different referees and different referee topics; I thought they were a fantastic way of staying connected and continuing to learn.

Yes, I think the biggest change is the number of female referees in the game. It is so inspiring to go to the highest-level games and see women like Sara Guebali and Niamh Callaghan refereeing and doing a brilliant job.

I would love to see more women joining Emma Perry and Linda Cassidy at that level. It must be a very lonely place at the moment but I think the structures are now in place for women to make the step up. I also feel local/regional/national games should be recorded and referees gaining access to them as a learning tool.

It’s a team sport, you go through the highs and lows as a team and there’s a wonderful sense of togetherness.

As a referee, the confidence to accept when you make mistakes, learn from them and move on is very important. Dwelling on past mistakes will just bring you down and you may lose focus.

Basketball Ireland has a homepage for your refereeing education and development requirements. This page contains all relevant FIBA documents along with training videos and additional material supplied by Basketball Ireland FIBA National Instructor, Paul Dempsey to aid your development/education. Click here to view the page.