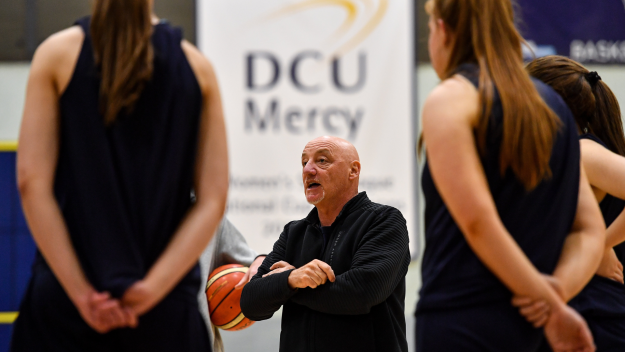 Q: What instigated you and Annette to set up the club and how did it come about?

“I was coaching in Mercy College Coolock at the time, so it was the next logical step to get the girls to play club basketball, so Annette and I formed Mercy Basketball Club.”

Q: Was having a National League team always front and centre in your long-term plans when setting up the club initially?

“It’s fair to say that initially it wasn’t. We were providing an outlet for young girls from the area to play basketball, but we grew pretty quickly and we had a good underage set-up at first.” 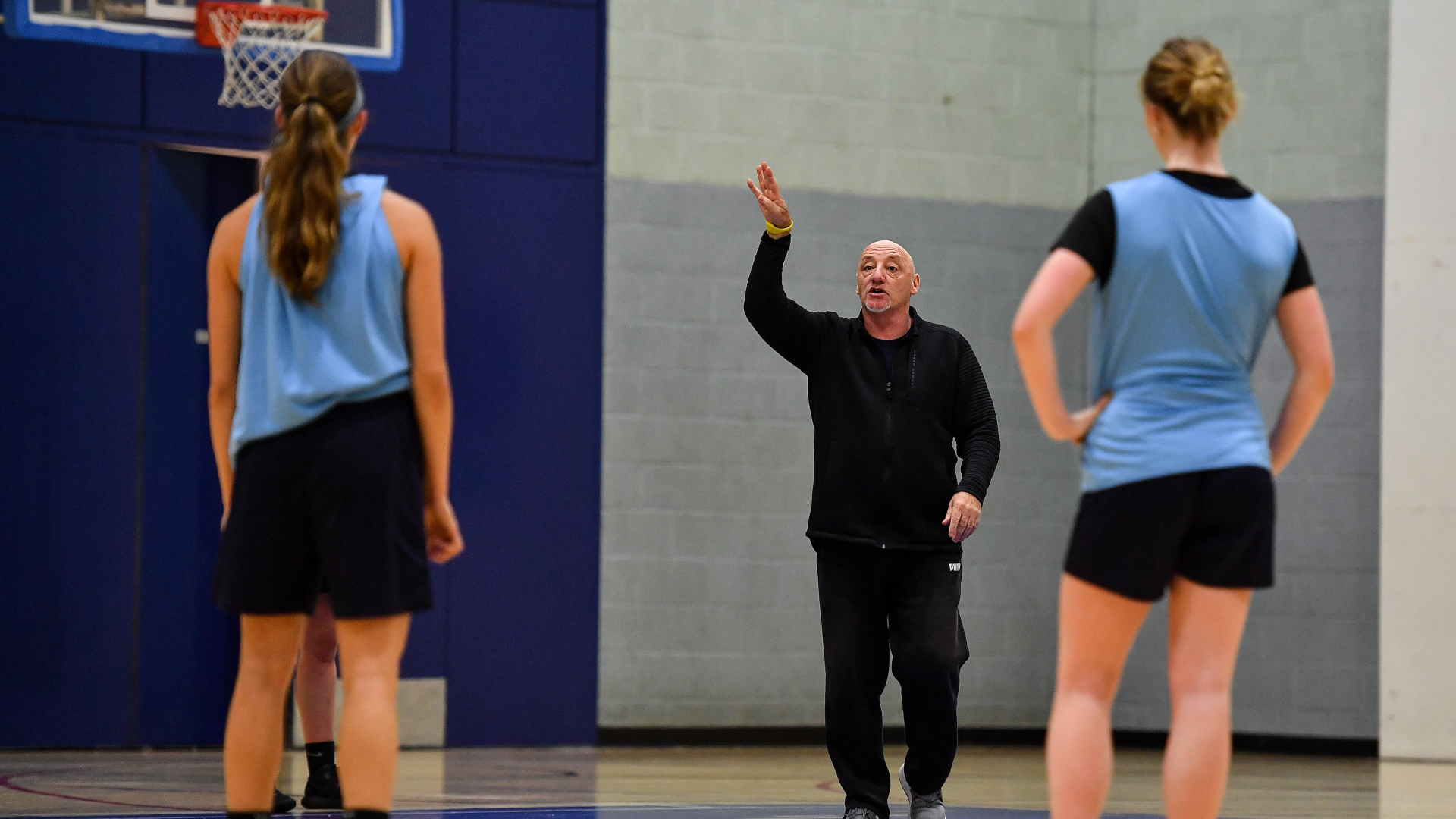 Q: What was the biggest hurdle when trying to form the club?

“Our first training session’s were on outdoor courts but Moira Lynam, the then principal from Mercy College, had the vision to build the gym in the school, so I would say facilities were the biggest hurdle at the time.”

Q: When and how did the link-up with DCU come about and how has that relationship helped the club?

“We had been playing Division 1 and then Super League in a couple of venues for a couple of seasons when Sarah Kelly (Hughes) and I had a meeting with DCU Sport CEO, Mr. Ken Robinson and we sold him a vision of becoming one of the top women’s clubs in the country, but we couldn’t do it without his help. DCU Sport took us under their wing, improved their facilities year-on-year and it allowed us to be where we are today with a strong relationship with the university in all areas. It has allowed the club to flourish at national and underage levels, as there is a direct pathway now for young players to progress from underage, to college to Super League and beyond.” 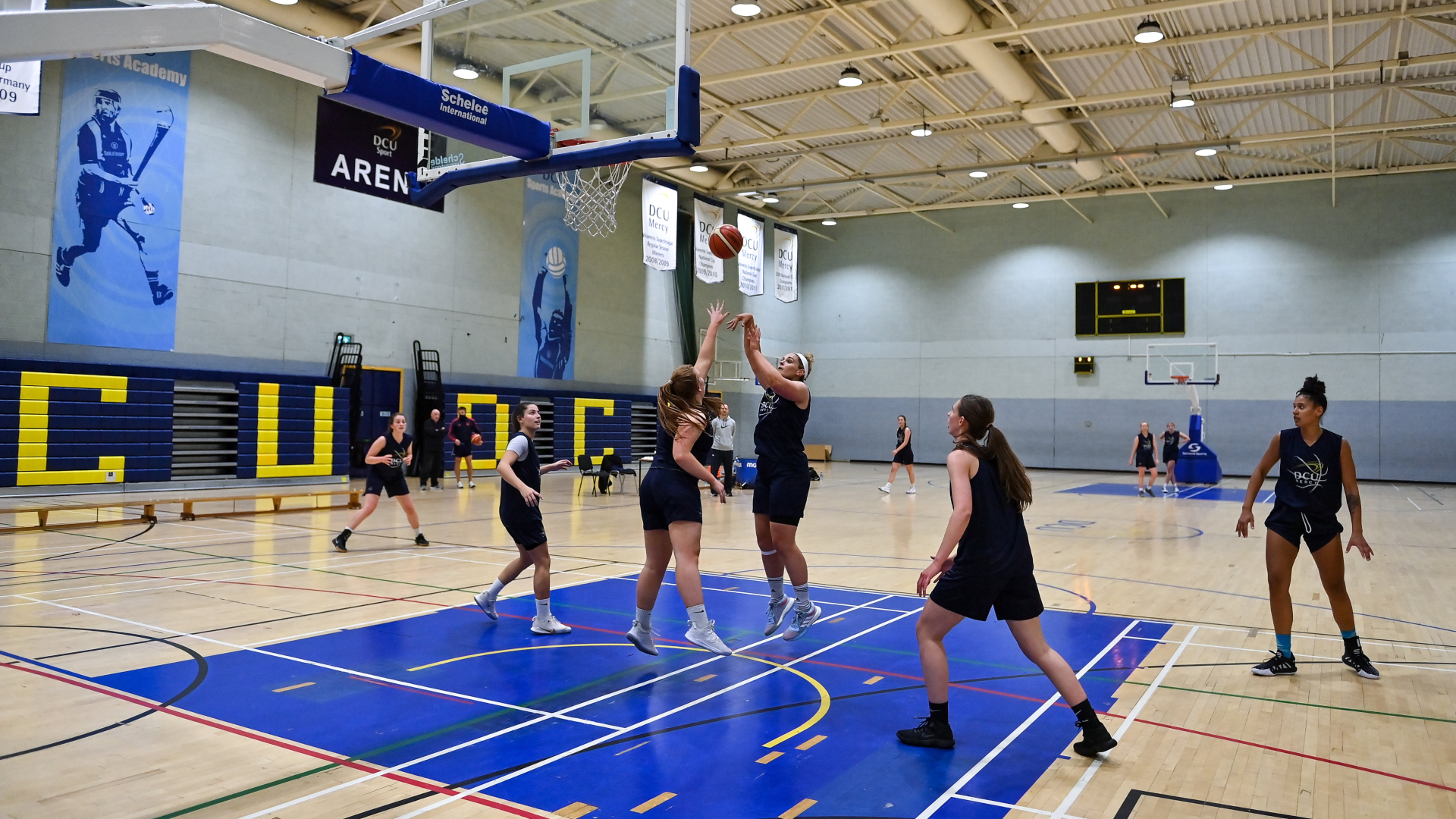 “At DCU Mercy we have been very lucky to have dedicated help from families in the club, for example, my own family who are involved in coaching and admin, as is Damien Sealy, the Hatton family, to mention a few. We have a strong coaching structure, supported by the Sports Changes Life charity and DCU Sport and Wellbeing department of the college and particularly Mr. James Galvin (Director)."

Q: We’ve mentioned Covid-19 now, how difficult as a club have you found it to keep players engaged and interested during such a long spell without being able to play?

“Well as for every club and sport, but particularly indoor sport, it has been difficult. We have done what we can online, with help from Stephen Ingle and Graham Byrne (Superleague Individual Fitness), but with the gym being closed it has been hard to keep focused.”

Q: Mark let’s talk a little about you, you’ve had a varied coaching career with Delta Notre Dame, Malahide, Tolka Rovers, Killester, Manchester Giants, you’ve been involved internationally and with the Dublin footballers. What prompted you to get into coaching and what is it about coaching that you love most?

“I played a lot of soccer and basketball and all sports in school, so it was probably a natural progression to become involved in coaching. I spent a lot of time studying different coaches and coaching methods when I was nearing retirement from playing and I always thought I could help the coach (laughs), but definitely getting the players to see it slightly differently. When you spend a lot of time in coaching one probably only see games in terms of space, lines and angles (well I do). It’s the thought that I can improve on what I am seeing (individually and with the team) gives me the most satisfaction. It doesn’t matter to me what sport it is, it’s giving the clear messaging that leads to improvement and it is probably what I love most in coaching.” 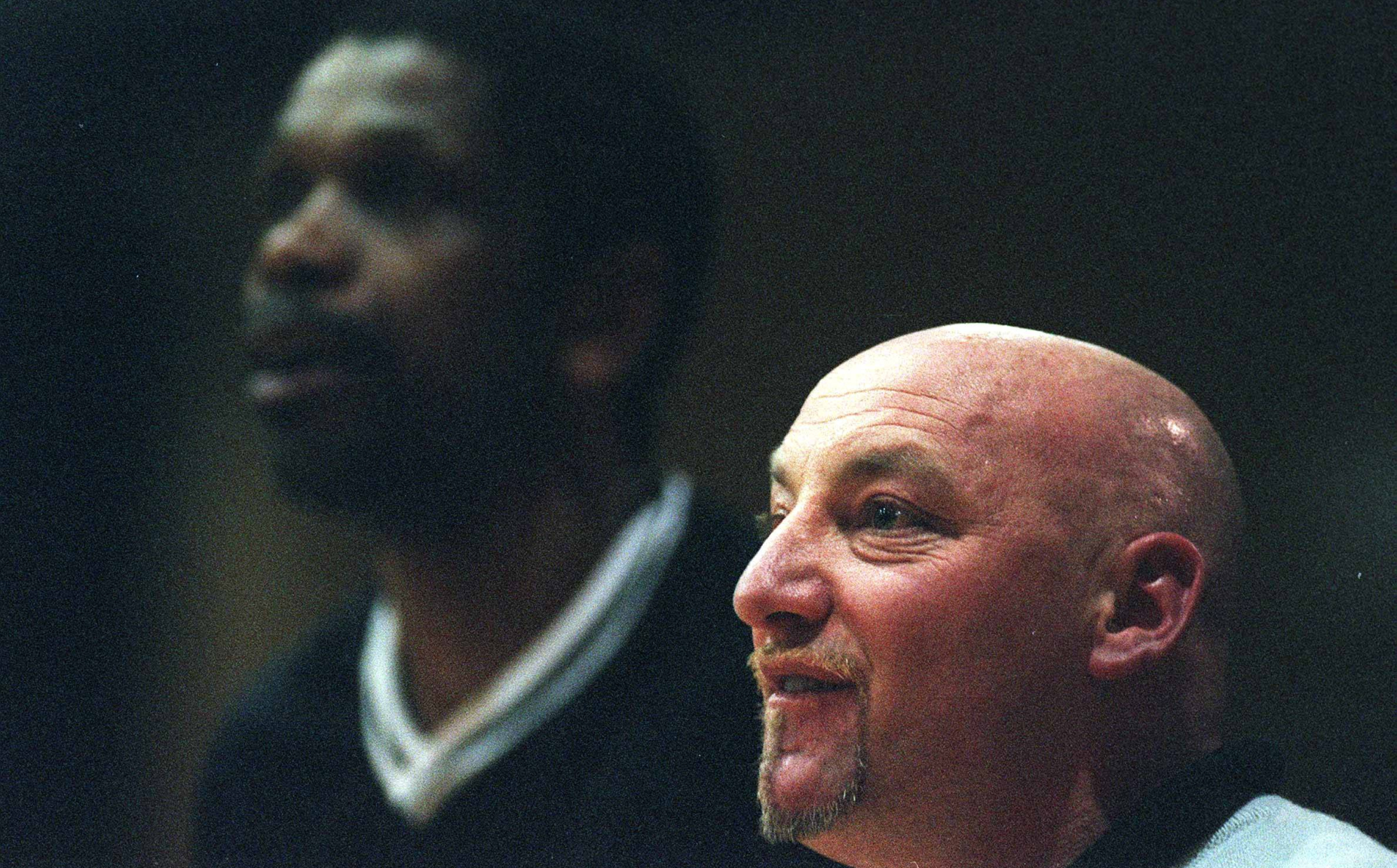 Q: Let’s rewind to 2001, how much did it mean to win the Super League and National Cup double with your home club Killester?

“It meant a lot to me, as Killester were the club I supported as a fan when I got interested in National League basketball, I also played for them at underage level. They had not won a national title for a long while, but were always competitive, so to help them to a league and cup double was very rewarding. I had some help recruiting for that team (M.S) and they already had some good homegrown talent, so we had a great mix of experience and youth. It was an extremely enjoyable team to coach.” 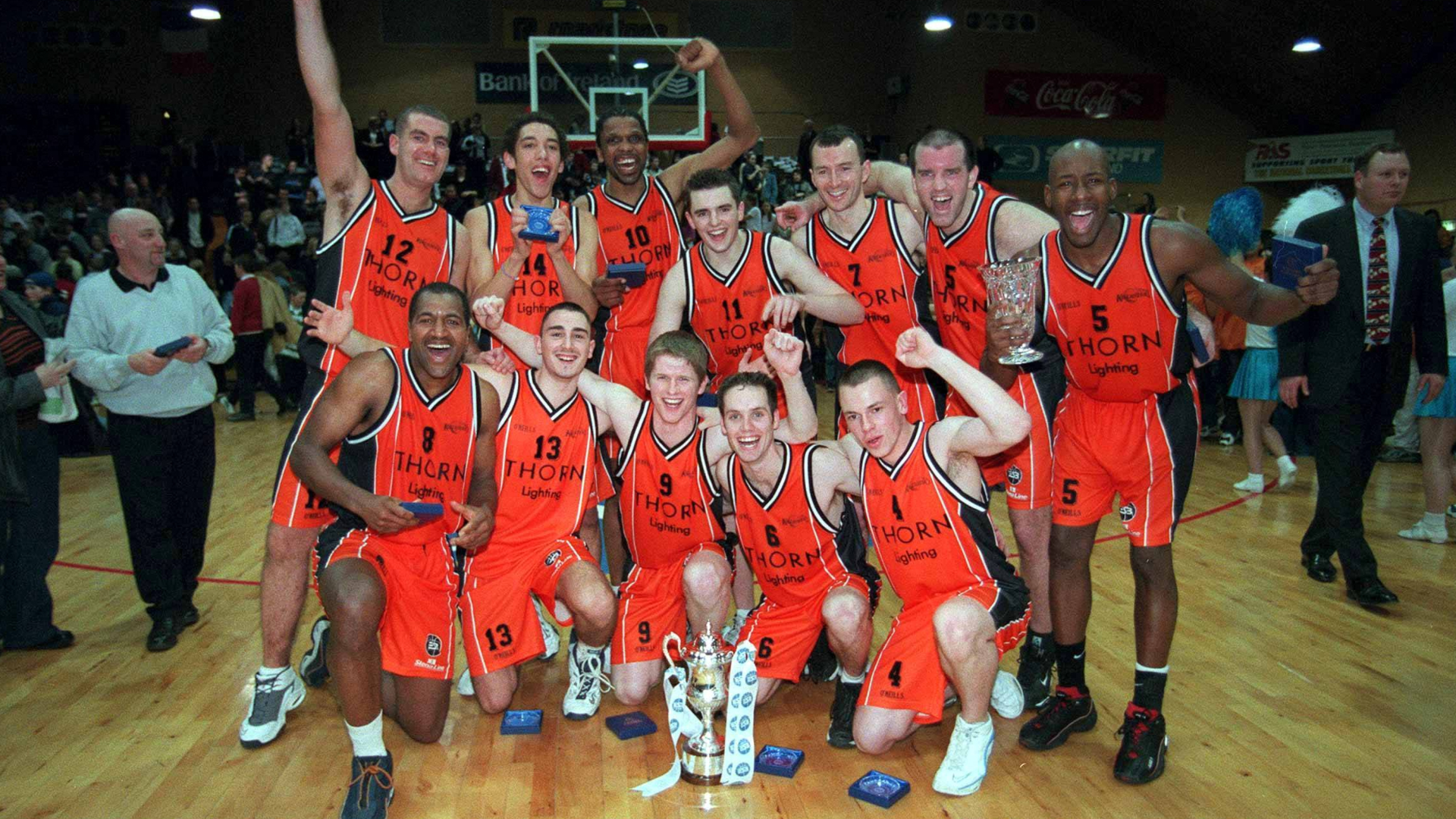 Q: You had a stint in England with the Manchester Giants in the BBL, how did that come about?

“The job offer came about when one of their directors visited the Rip’n’Run Basketball Camp, whom I run with Adrian Fulton and Mark Scannell.”

Q: What were the big lessons that you took back from that stint in England?

“First of all, it’s a fully professional league. so it’s different than our Super League in Ireland. In a professional team, you would have a budget for players, so to answer your question - agree your budget and make sure the organisation sticks to it. Recruiting is of the utmost importance and get as much help as you can.”

Q: You’ve achieved plenty of success with DCU Mercy and made them a consistent force, how difficult is it to maintain that level of consistency?

“We believe we have achieved the level of consistency you are speaking about by hard work and a good coaching structure. Having a good sponsor, like DCU Sport and DCU Sport and Wellbeing, is key competing at Super League level. We also have a good fundraising committee that work very hard to help the club.” 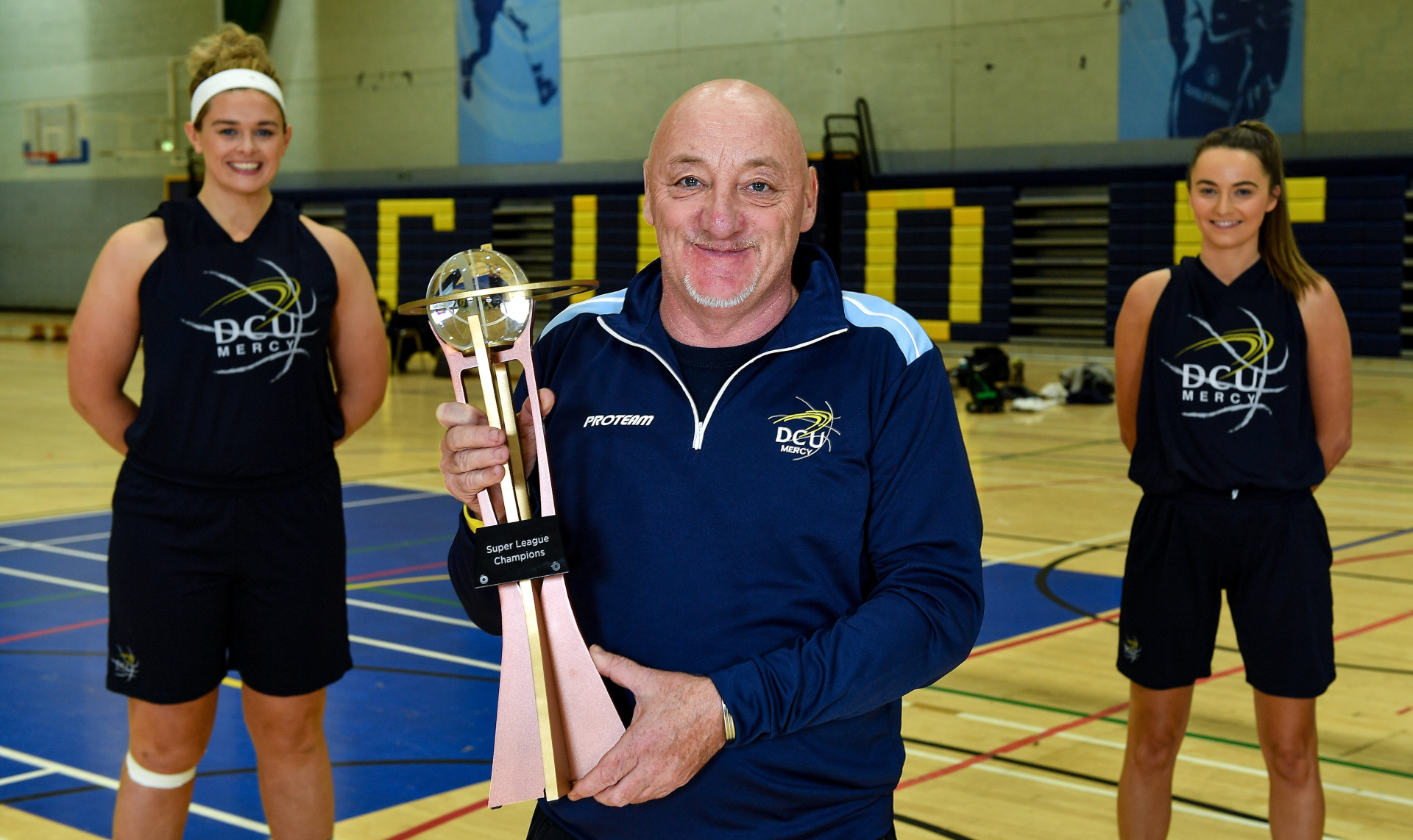 Q: What do you look for in a player when you’re recruiting for the club?

“The majority of our players are homegrown, but with the Americans if they are good people with some talent, it goes a long way.”

Q: You’ve coached the likes of Lindsay Peat, Suzanne Maguire and Sarah Woods, is there a consistent trait in each of them that’s taken them to the level they’ve got to?

“That’s three of the most diverse personalities that you could pick, but each of them in their own way wanted to be the best player that they could be. They brought their best to practice every night and also handed their leadership qualities down through the various Super League teams that they played on for DCU Mercy.” 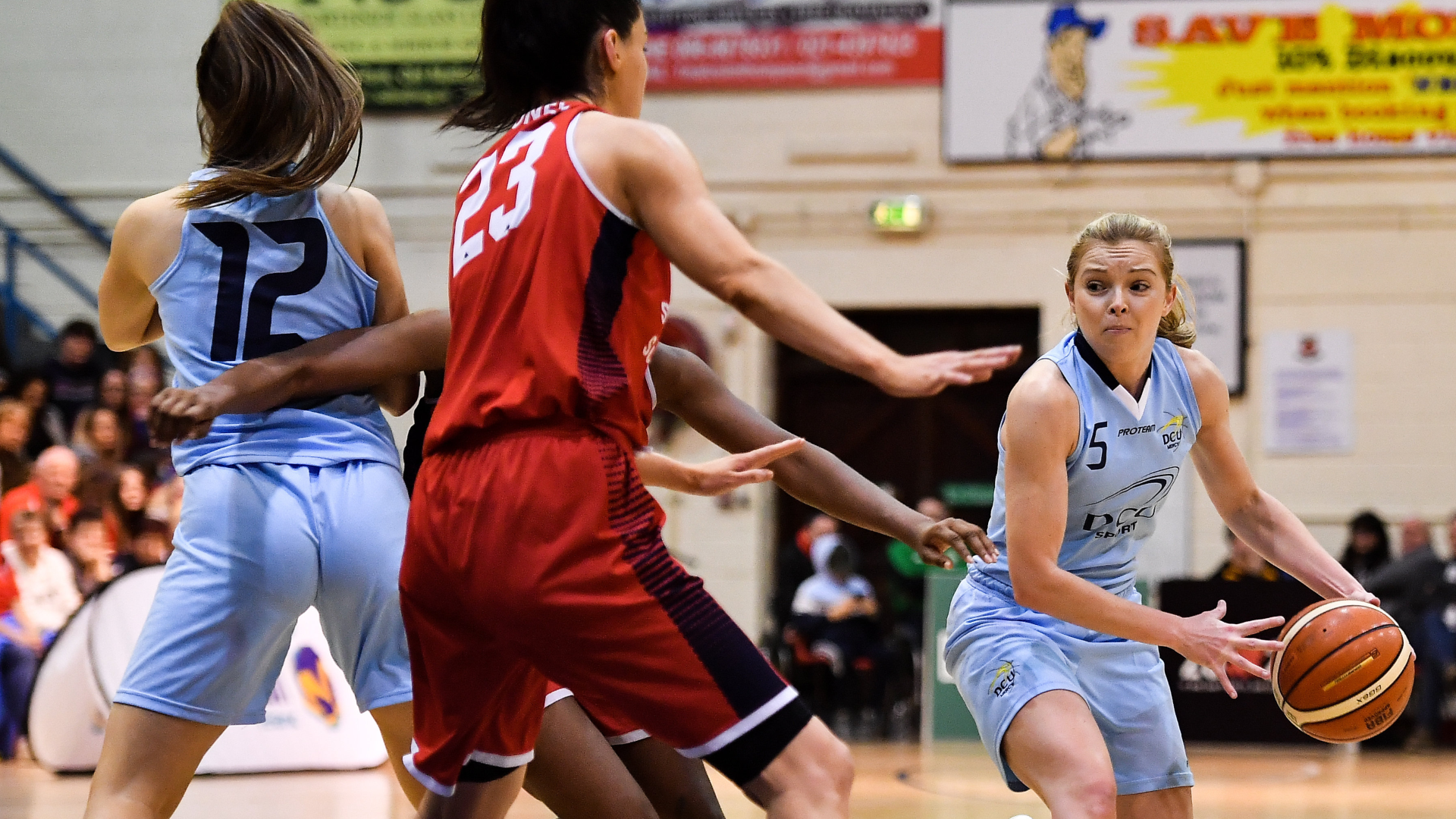 Sarah Woods in action for DCU Mercy during 2019/20 season

Q: As has already been mentioned, you’ve also been involved with the Dublin footballers. Michael Darragh MacAuley in a Basketball Ireland ‘Bench Talk’ interview last year extoled the virtues of basketball and how the decision making in a small space was key transferable skill which helped him achieve the success he had in GAA. What were the other facets of basketball that you brought in to help Dublin?

“MDMA is correct that making decisions in tight spaces as on a basketball court will certainly help the decision making process in other sports. Most of the Dublin men’s footballers and the Dublin women’s footballers, who I helped with for the last two years with Mick Bohan, have played basketball at underage level so I am sure it helps. For the second part of the question, I will have to plead the 5th!”

Q: What did you learn from your time alongside Jim Gavin, that you’ve brought into your basketball coaching?

“It was a great learning experience with Jim Gavin, as it was with Mick Bohan, who are both very good and different coaches. The management side of things with a GAA squad is much different than it is with a basketball squad, but one of the key learnings with Jim was how he dealt with pressure in big games. As you can observe, both these managers get good performances out of their squads on the big days.”

Q: Let’s look at the 2020/21 season, how strange has it been for you not having matches to prepare for, considering you’ve been in front-line elite-level coaching for so many years? 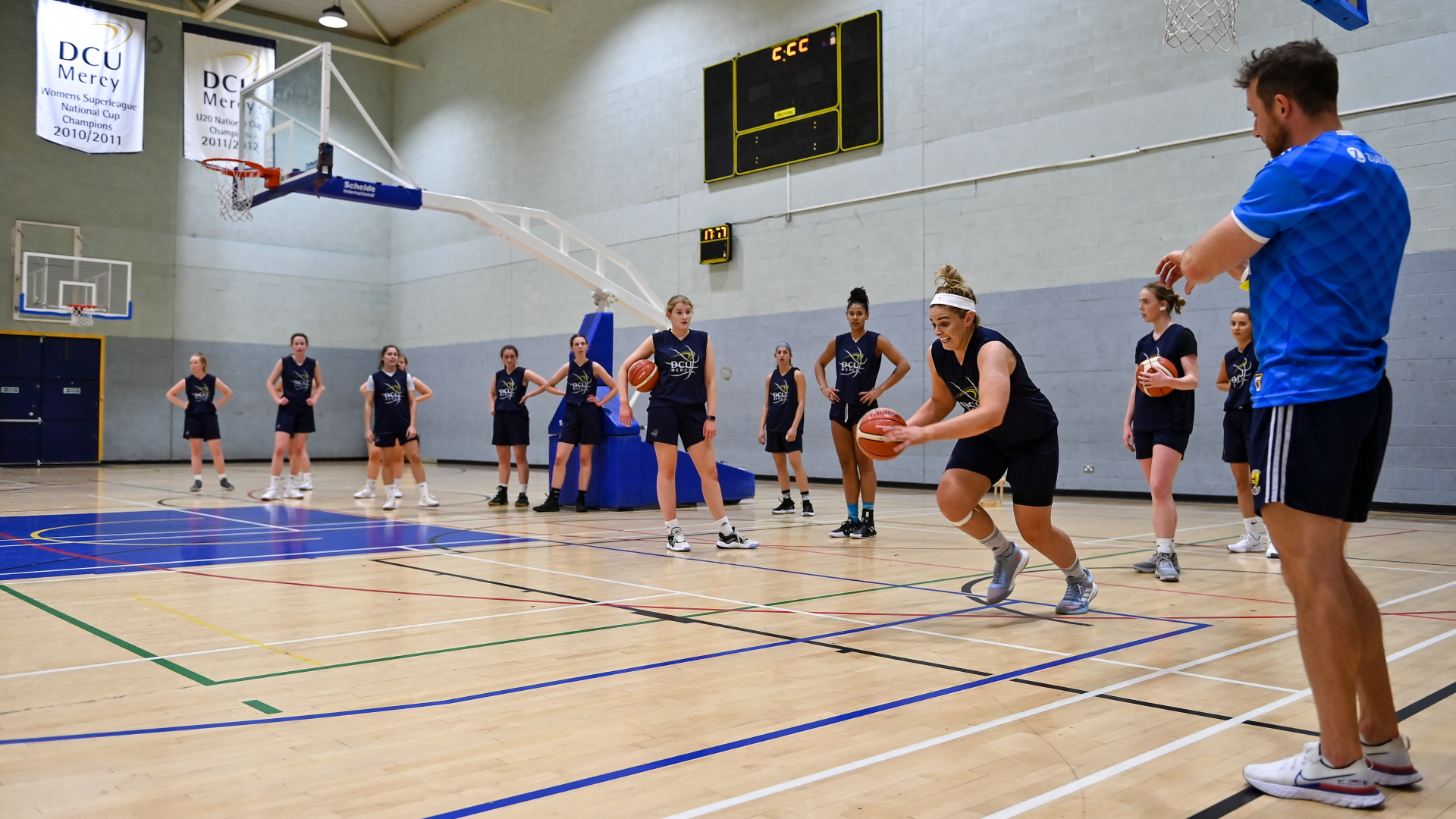 Q: What have you been doing during this Covid-enforced sabbatical, so to speak? Are you reading any particular books, looking or analysing at any other sports for tips to help you up-skill?

“I am probably always up-skilling to a certain degree, but two books I really liked were ‘Believe Us’ by Melissa Reddy on Liverpool and Jurgan Klopp and ‘Will it make the boat go faster’, by Ben Hunt Davies and Harriet Beverage.

Q: And finally, what did you make of Wednesday’s announcement about the 2020/21 season? There is the aim to get some competitive basketball from May to July, 3x3 tournaments and some other events, in an ideal world what would you like to see if restrictions allowed us to play from May?

“I was one of the most optimistic that we might get a season in (in December), but I am not going to second guess Covid-19 anymore, but one would have to think and remain hopeful that we can get some competition going before the summer. I think the idea of 3x3 in an outdoor setting for colleges and clubs would be a great idea for May.”