Calls for nominees for election to the Basketball Ireland Board

Calls for nominees for election to the Basketball Ireland Board 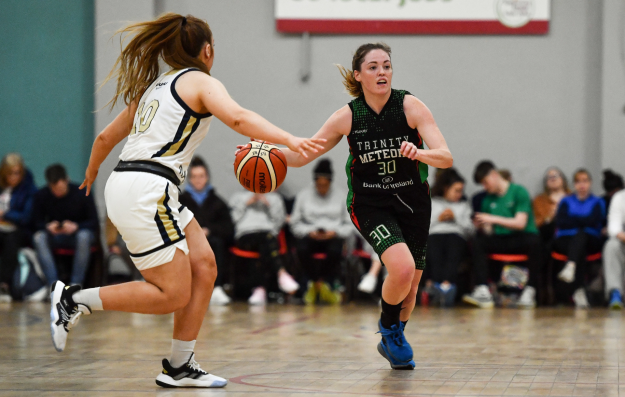 The deadline for receipt of nominations is 12 noon on April 18th. In order to be eligible to be a candidate to be an elected director, you must receive nominations, with their consent, from any three members, as outlined in Voting Members section (Section 1) of the Articles of Association and comply with the eligibility requirements.

Nomination forms can be downloaded here (2021 NOMINATION FORM.pdf ). Once completed their should be emailed to Secretary General, Bernard O’Byrne, at bobyrne@basketballireland.ie. Alternatively completed forms can be posted to Basketball Ireland, National Basketball Arena, Tymon Park, Dublin 24, marked for the attention of Secretary General, Bernard O’Byrne.

Mr. Paul McDevitt and Mr. Charles Higgins retire by rotation from the Board and being eligible have both offered themselves for re-election. All the nominees submitted will be published on the Basketball Ireland website on April 21st. Basketball Ireland bye-laws for electing directors to the Board can be found below.

Prospective candidates to serve as Board Director must be available for 10-12 meetings per annum, plus several ad hoc meeting/strategic planning meeting. Participation in sub-committees of the Board and/or attendance at various Council Committee meetings will be required as determined. Meetings are of three-to-four hours duration, with a similar preparation time required.

Candidates would also have the following desirable credentials:

In order to qualify for appointment a person must not have any legal impediment or conflicts of interest likely to interfere with his/her ability to assume the role of a member of the Board.

Candidate’s attention is also drawn to the provisions of the Sport Ireland Governance Code (available here).

A NGB should be headed by an effective Board which is collectively responsible for the long-term sustainability of the body.

Non-executive Board members should bring an independent judgement to bear on issues of strategy, performance resources, key appointments, and standard of conduct.

Details on the role of Board Members can be found in the BI Board Handbook, which will be provided to prospective candidates upon request.

4.         ELIGIBILITY OF CANDIDATES FOR DIRECTORS AND OFFICE BEARERES OF BASKETBALL   IRELAND

5.1.      In order to be nominated as a candidate for Elected Director the candidate must receive nominations, with their consent, from any 3 members as outlined in Voting Members section (Section 1) of the Articles of Association and comply with the eligibility requirements.

5.2       Nomination forms for Directors must be returned by 12 noon on 18th of April in the year of the AGM or as designated by the Board if elections take place after the AGM.

5.3.      The list of all nominated candidates will be posted on the website of Basketball Ireland by April 21st of the year of the AGM, or as designated by the Board if elections take place after the AGM.

5.4.      In the event that the same number of nominees are nominated as there are vacancies for the position of Elected Director they will be automatically deemed to be elected to the Board and there shall be no need for the affiliated members to vote.