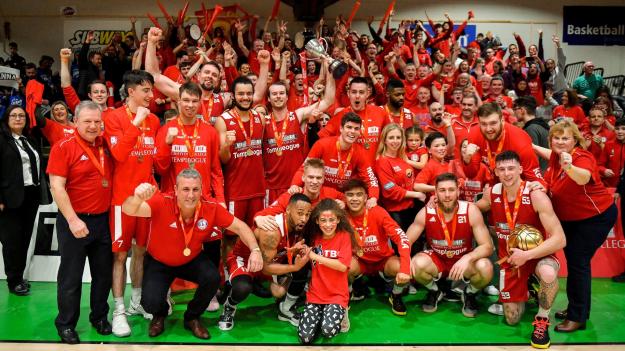 Templeogue Basketball Club is the latest club to be awarded the Basketball Ireland Bronze Club Mark. We caught up with Templeogue Club Secretary Glenda Tunnah.

Can you tell us a bit about your club - how many teams do you have, when the club was founded and some achievements/highlights?

"Templeogue Basketball Club (TBC) was established in 1976. It is one of the biggest clubs in Ireland with over 350 members and 29 teams, both male and female from Academy, to Super League, to Masters. The club is ambitious, innovative, vibrant and progressive. It is a big club with a great committee, fantastic volunteers and embraces everyone. There are 40 volunteers who ensure the club is such a success.

We are very proud of our large academy group, who strive to learn and enjoy the sport of basketball. They are the foundation of the club and feed into the underage section of the club. The underage girls and boys teams range from Under 11 to Under 20. In some age groups the club has two teams.

Tempelogue has a proud history of developing coaches, players and officials, who have successfully represented local and international teams, including 3x3 teams.

Players and coaches have been selected on international teams, male and female, for Under 16, Under 18 and senior teams. We have also had Basketball Ireland All Star and Player of the Year recipients. Players have been selected on regional teams from Under 14 to Under 18 teams. The club has achieved many titles, most recently the 2020 Hula Hoops Men’s National Cup title. Over the years it has competed in the Dublin Men’s Leagues, from Division 1 to Division 5. It was in 2013 the club entered a senior men’s team in the National League and it was in 2019 that the club fulfilled its vision and ultimate goal, when they entered a ladies team in the National League. This milestone meant that the club are one of a few clubs who have both senior men and ladies teams competing in local and national competitions.

The club supports Special Olympic Southside Shooters and has built a great relationship with the Shooters. We provide table officials and referees for their league matches. The club also support the running of the Dublin Masters Competition, which is an annual event with teams taking part from Ireland and from around the world.

The club has thrives because of the dedication of the players, coaches, managers, officers, volunteers and supporters. In 2018 the ultimate accolade was achieved when Templeogue was named Basketball Ireland Club of the Year."

What made you want to try and achieve the Basketball Ireland Club Mark?

"The club decided to achieve this award as a way of ensuring all of our governance guidelines are correct and we are training our players and running the club in the best possible way. All club members can be assured that the policies and procedures are of the highest standards and we comply with the requirements set by the governing body." 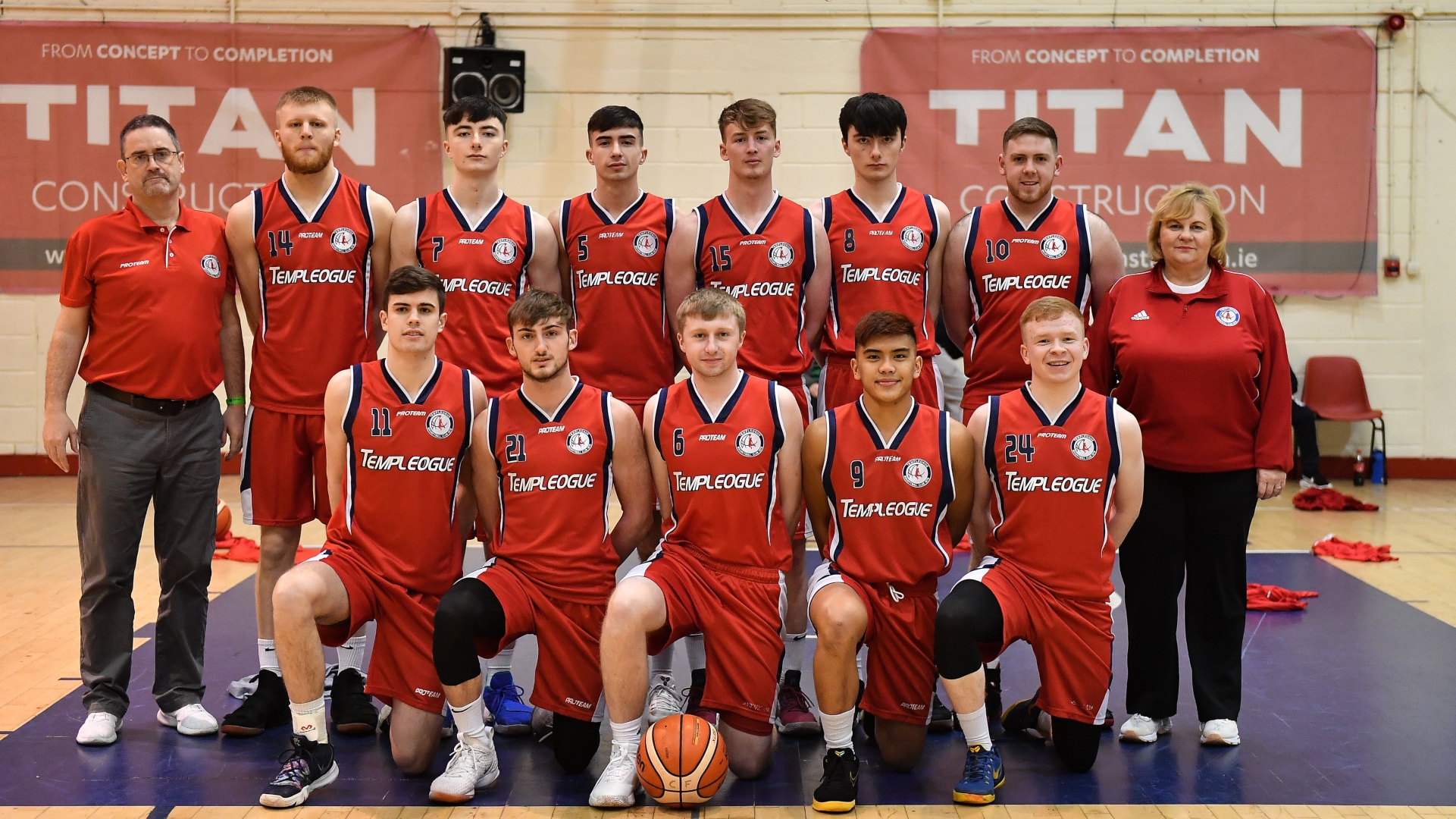 "The process was exacting and detailed, but the guidelines provided a structure to follow. As one of the largest clubs in the country it ensured that our existing policies and procedures conformed to the requirements of Basketball Ireland. We found the process very straightforward and Paul Carr in Basketball Ireland was always at the end of the phone to provide support and answer any of our questions."

"The current pandemic has challenged everyone and we are missing playing basketball, but (Basketball Ireland CEO) Bernard O’Byrne has prioritised the health and safety of the basketball community. Under his leadership and guidance we will return when it is safe. Our main challenge is securing sports halls suitable for basketball training and games within our area.  With our club constantly growing we are always trying to secure more time in gyms. In the current climate finance and sponsorship is very challenging. Over the last number of years we have had great support from Griffith College, BlackAmber, Linesight and Proteam and we are hoping they will continue with this support going forward."

"The club now have all their policies and procedures in place for moving forward and we have another recognised National Award. We will continue to ‘Believe and Achieve’ and prepare to apply for the silver award." 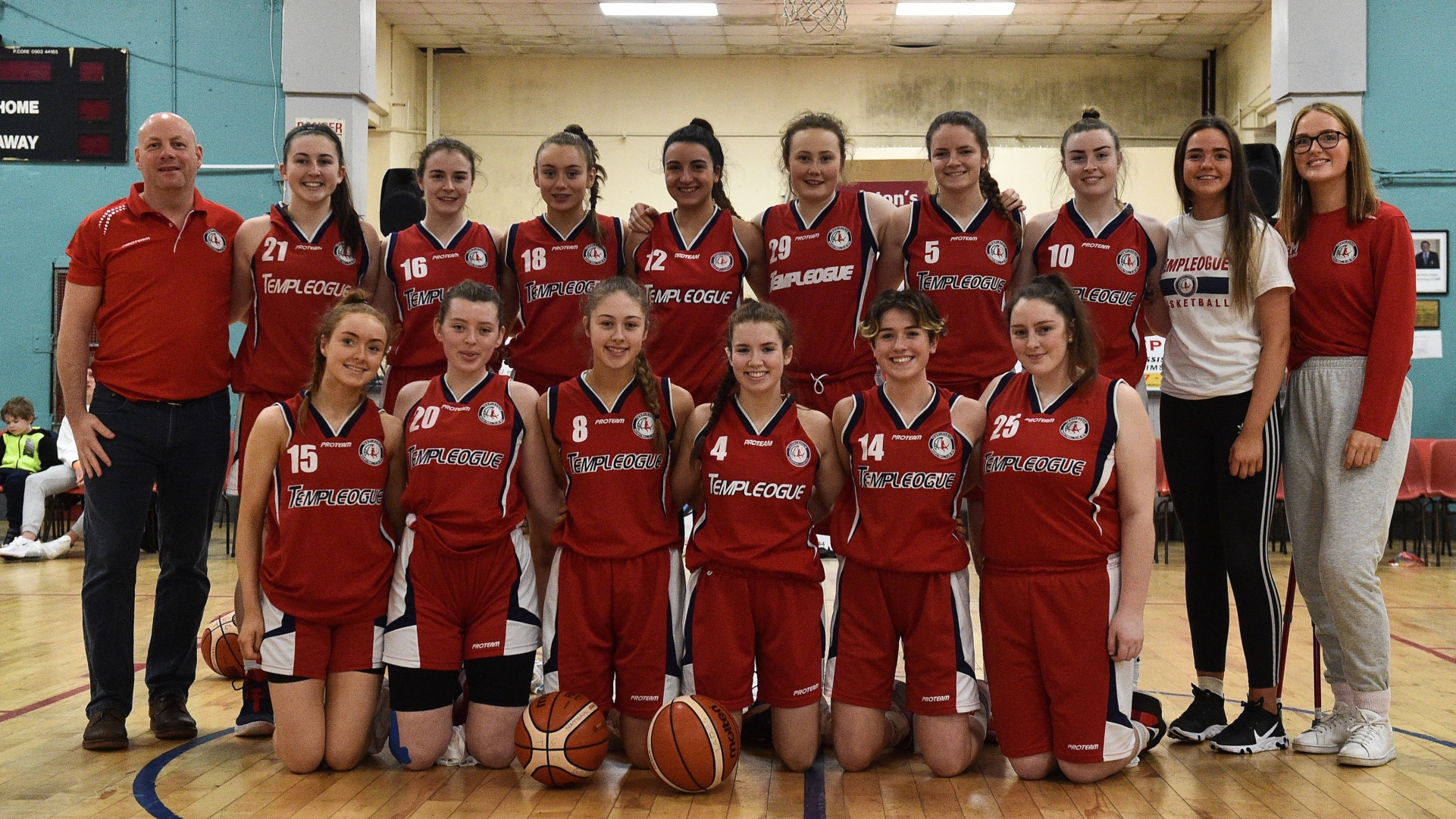 Do you think you will engage with the Club Mark system and achieve all the way up to Platinum Club Mark? If so, what do you need to do to get your club to this stage?

"Yes we will keep working on these awards. Our next target will be the Silver Club Mark and ultimately our goal will be to achieve the Platinum Club Mark. The Club Mark awards programme are a great way of ensuring Templeogue will be a fully compliant club."

"We would encourage all clubs to get involved in this process, it is a great way to ensure your club is fully compliant with Basketball Ireland. The support to complete the awards is provided by all the staff in Basketball Ireland, especially Paul Carr."

If your club would like to apply for the Basketball Ireland Bronze Club Mark award, check out all the details here or please contact Basketball Ireland' Leinster development officer Paul Carr at pcarr@basketballireland.ie