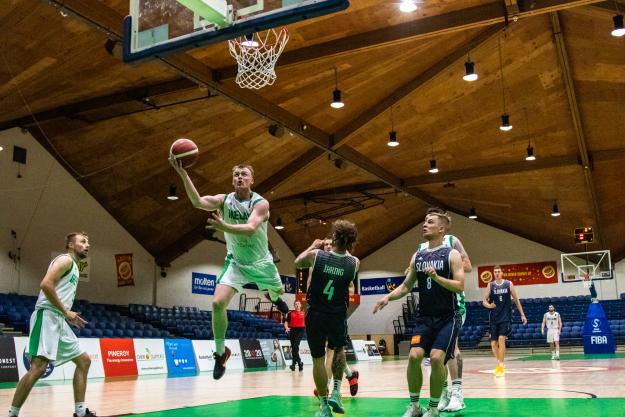 Ireland's senior men were defeated 85-76 by Slovakia in their second contest of the weekend at the National Basketball Arena, as they continued their preparations for the FIBA European Championship for Small Countries, which start on August 10th.

It was a much slower start to the game for Ireland compared to Saturday, when they were edged by a point, 85-84. They missed their first three basket attempts, while Slovakia proved to be much more clinical, with nearly 60% accuracy on 3-pointers in the opening quarter. It was a 0-9 run in the first three and a half minutes, before John Carroll opened the scoring for Ireland with a free throw. Ireland rotated 10 out of their 12 squad into play in the first quarter.

Slovakia’s Vladimir Brodziansky proved instrumental again, as he pushed the score, and prevented Ireland from getting back into the game. Ciaran Roe, who was introduced approximately halfway through the first quarter, was a standout for Ireland in this quarter, sparking a good defensive intensity effort, with a steal, two assists, and by finding his teammates in the open court. Jason Killeen was also introduced late in the first quarter, having missed yesterday’s game. He made his presence felt inside, forcing Slovakia to make some changes to try to counteract him in the paint. The slow start for Ireland, and four 3-pointers for Slovakia were big factors in the scoreline at the end of the quarter, which stood at 13-22.

Aidan Quinn announced his presence immediately at the beginning of the second quarter with a big three, however Slovakia managed to push out their lead again to 15 points at one stage in this quarter. Some back-to-back 3-pointers for John Carroll steadied the ship for Ireland, and another three from Eoin Quigley, followed by a steal and a lay-up from CJ Fulton brought the margin back down to just 10 points going into the second half. Mario Ihring was a key player for Slovakia in the first half, notching six assists and two turnovers. CJ Fulton led Ireland’s defensive effort in the first half with three steals, while John Carroll sailed out in front as Ireland’s top scorer with 17 points. 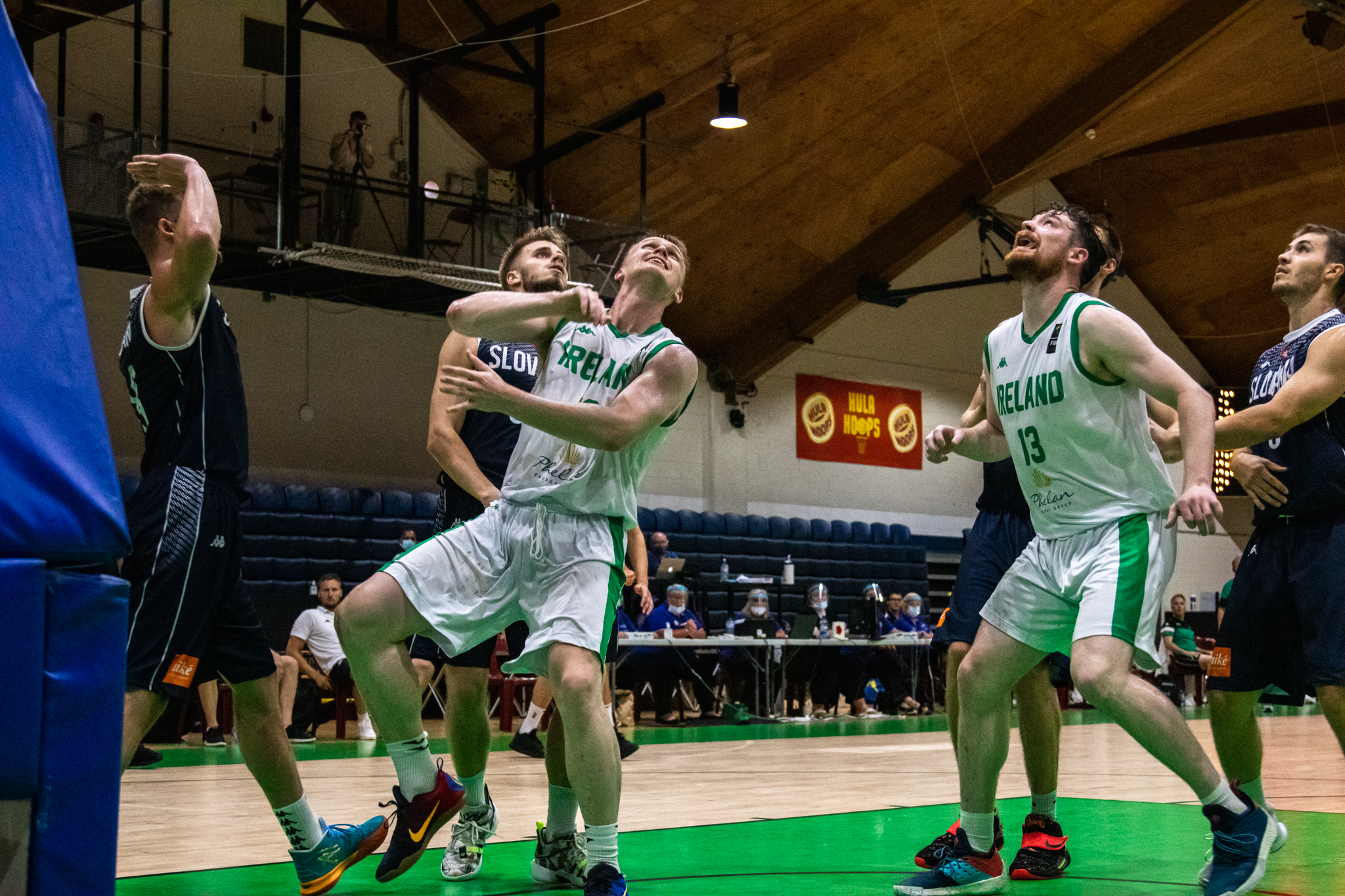 The second half started with Slovakia hitting two quick threes and pulling ahead, after John Carroll had got a steal and found CJ Fulton for the score. Ciaran Roe came in towards the end of the quarter and injected a big defensive presence, as did Adrian O’Sullivan, to cut it back to just a 13 point difference with three minutes to go in the quarter. Jason Killeen made a 3-point play the hard way, and the defensive intensity told, with the score difference just eight points at the end of the quarter.

Ireland trailed by 20 points at one point in the 3rd quarter, which was contrasted greatly by the 2-point margin they pulled it back to at the beginning of the fourth. It was Neil Randolph’s pair of three's at the beginning of the final quarter that narrowed the gap for Ireland, before Brodziansky steadied the ship once again for Slovakia, and was ultimately a deciding force for them throughout the quarter. Slovakia’s captain Simon Krajcovic also stood out with some impressive ‘and ones’, keeping the lead pushed out.

Ireland made two runs during the final quarter, one led by CJ Fulton and John Carroll, who did a great job defensively forcing turnovers and finishing on the other end. However, right down the stretch a couple of shots didn’t drop for Ireland, and that was the ultimate difference between the two sides. Whilst Ireland managed to get off 40 field goal shots throughout the game, they only enjoyed an accuracy of 37.5%, compared to Slovakia who scored 14 of their 28 shots (50%). A good spread of scoring and strong defensive play from Ireland were the result of several impressive performances, but it was Carroll who stood out once more, tallying 30 points throughout the game. 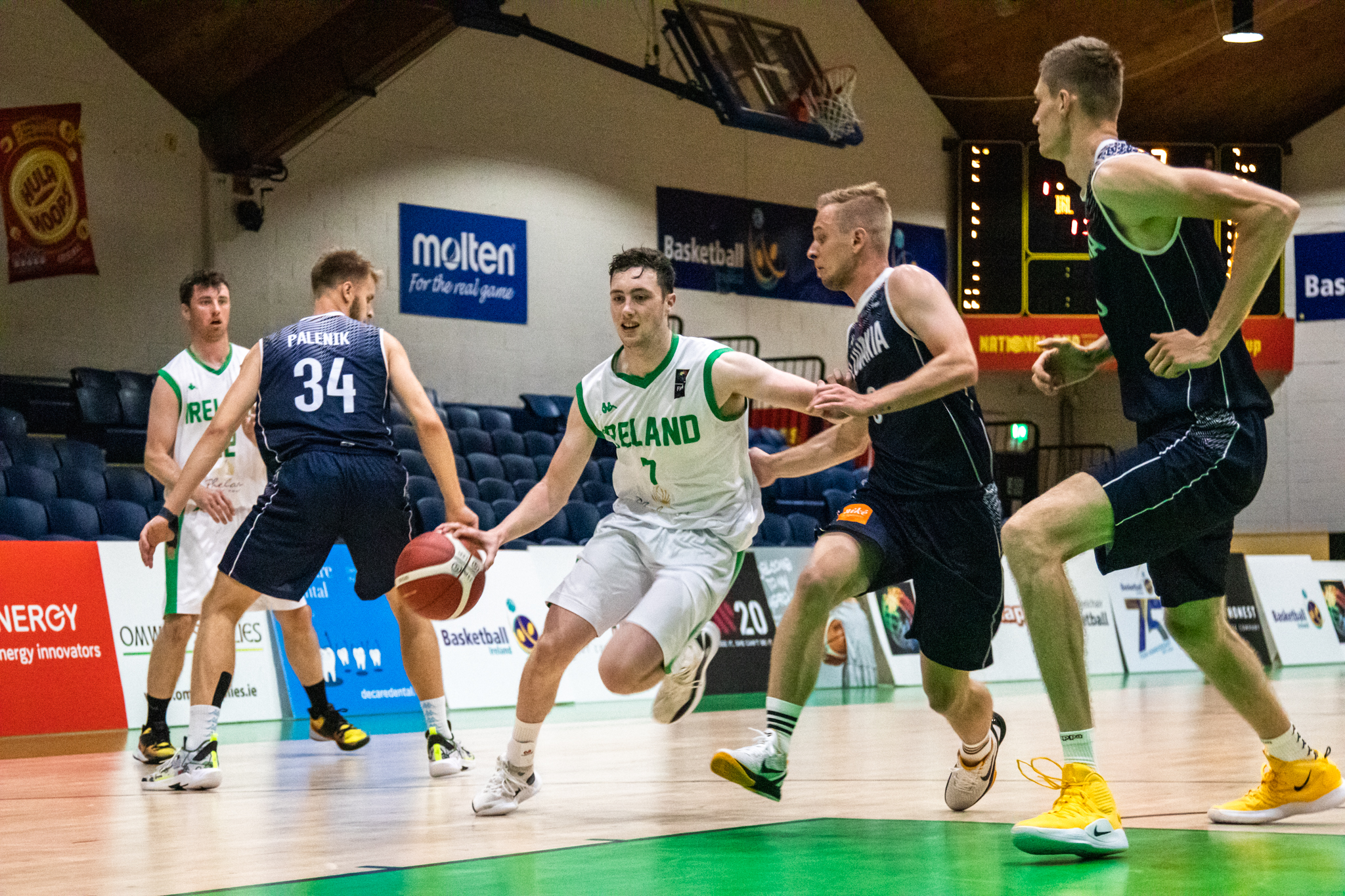 Speaking after the game, head coach Mark Keenan said: “It was a great weekend for us (…) they obviously have a great balance of the bigs and the guards, and we saw a great professional (Vladimir) Brodziansky there for them - when they needed a bucket, he was there for them. We wanted to play a high level team to try to push ourselves beyond the tournament level, and we saw that level this weekend. We’ve got to go away now and name our 12 this week, so yeah lots of food for thought, but lots of positive stuff in this weekend. We saw a level of play that we want to see in the tournament in August, and the guys really put the effort in.”