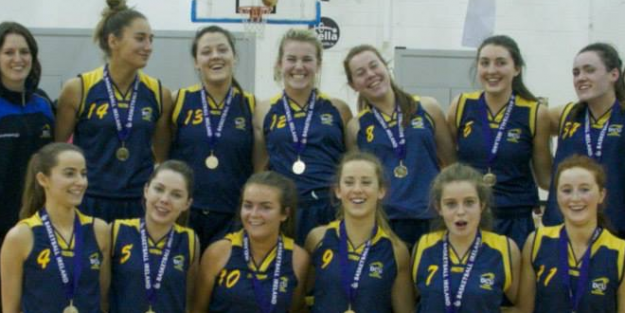 UCC claimed the Womenâs Freshers Cup for 2016 with a 54-30 win over DIT.  The Cork side took control in the second quarter when the reintroduction of Ireland U18 duo Sarah Kenny and Kelly Diggin preceded long range baskets from Lesley Ann Wilkinson and SÃ­ofra Burgoyne.

UCC stretched their lead successive baskets off the inbound in the third quarter and Kelly Diggin converted a couple of long range outlet passes on the break to seal the deal.

DIT never gave up. Anna Pupin pulled off a stunning block in the fourth quarter during a weekend where she also starred in Pyrobel Killesterâs win over DCU Mercy in the Womenâs Premier League. She also finished with 12 points. SÃ­le NÃ­ Chofaigh Byrne while Emma Finn was DITâs best scorer in the third quarter.

DCU came from behind to claim the Menâs Freshers Cup with a 54-48 defeat of UL in Maynooth. Conor Gilligan played a huge role in the win with 28 points.

UL Eagles controlled the opening half with size and strength.  Jonathan Pesaitis was dominant early on with 11 points in the first quarter alone as UL raced into a 16-11 lead.

Diarmuid OâShea and Conor Byrne hit threes for UL in the second period but DCU were growing into the game and Michael Curley hit two baskets before the break to narrow the gap to 29-20.

It was in the second half where Conor Gilligan earned his MVP award. DCU were lethal in transition as they negated ULâs physical advantage with speed and accuracy. The result looked assured when a technical put James Byrne onto five fouls.

There a novel ending to the Men's Plate Final. Maynooth University claimed the trophy but a buzzer beater from the half-court by Benny Carroll saw IT Carlow finish with a flourish