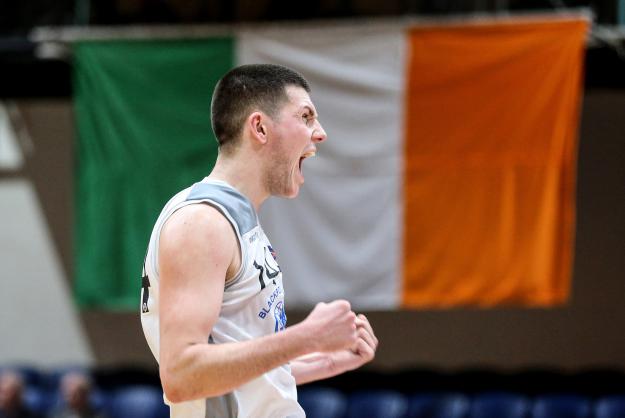 Most people think that basketball is a relatively new sport in Ireland that was introduced to us as another "American sport".

The truth is actually completely opposite. Basketball is not a new import to this country, but has actually been played here since the early 1920's when Sergeant Major Doogan first introduced the sport into the army.

Initially it was regarded as an auxiliary gymnasium exercise for boxers in training but before long it gained the status of a game in its own right and basketball has remained popular in the army ever since.

By 1925, there were two strong championships in existence in the Curragh.

Basketball began to grow in popularity outside of the army and in March 1945, the first club was formed in University College Dublin and the first Intervarsity Competition was held in 1946.

1945 also saw the formation of the Amateur Basketball Association of Ireland (ABAI), what Basketball Ireland was formally known as.

In 1947, the first Area Board, the Dublin County Board was set up and the following year the first Leinster Championships were held.

Irish Basketball affiliated with FIBA in 1947 and basketball became firmly established as a recognised sport in Ireland.

One year later, Ireland sent a Basketball team to the 1948 Olympics which were held in a post-war Britain, still recovering from the effects of WW2 and there was no qualification system for teams participating - this was the only time in the history of Irish Basketball that we had a representative team at the Olympics.

The name of the association changed from the original ABAI to the Irish Basketball Association (IBA) in 1980.

In 2003, The IBA was restructured and re-branded to Basketball Ireland (BI) for the improvement and development of the sport in Ireland.

The Association has responsibility for the promotion, development and administration of all basketball activities in Ireland and Northern Ireland

The primary focus of Basketball Ireland is to increase the participation levels of basketball throughout Ireland and to provide professionally managed courses, competitions, leagues and services to the basketball public

The Board of Basketball Ireland, comprised of voluntary members, governs overall policy.

Irish Basketball is, according to verifiable statistics,

Among the top six participation sports in Ireland

Number one sport for females under 16

Has over 200 clubs nationwide

Has a 50/50 split between male and female

The Census At School survey had basketball at number 3 of sports preferred by teenagers.

Has a community of players, coaches officials, parents and fans approaching 300,000 people

The showcase league is the Super League.